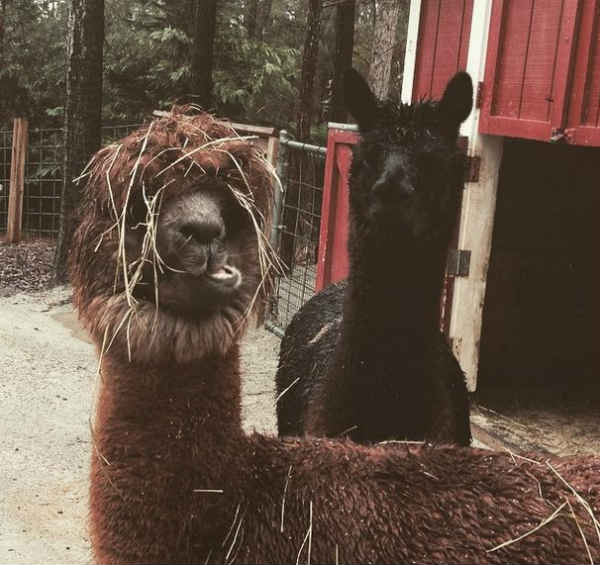 Tablet accessories, history, stock photos and traffic cops.  None of these topics are especially interesting, yet all of them have provided examples of creative PR ideas for bringing those topics to life and in some cases reinvigorating a name or product long past its prime.

This blog keeps a running tab of creative ideas and here is the latest in an occasional roundup series of some of the ideas we find the most unique or inspiring.

1. Trapper Keeper: What is Old is New Again

There was a time in grade school – more years ago than I’d care to admit – where the Trapper Keeper wasmust-haveave accessory for organizing school work. While I never owned one, my parents ever price conscience, the generic, and less expensive version always left me envious. The Verge struck the right cord when it wrote,

“Trapper Keepers were about way more than keeping stuff together; the colorful three-ring binders were an essential school supply.”

The piece explains how the manufacturer, Mead, teamed up with an accessory maker of the modern age to reinvent the Trapper Keeper for tablet computers. If reinvention is a positioning strategy, going retro probably deserves a place on the list.

Since war broke out the German government has issued 36 million maps to the army. #WW1 https://t.co/LivoGuiYpl pic.twitter.com/RJcQivRngA

“History written in tweets,” read the blog post from graduate students at the University of Luxemburg.  It was an introduction to a new Twitter account named @RealTimeWW1 which aimed to retell historical facts from the war to end all wars, 140 characters at a time.  In a post titled, 100 Years Later, Twitter Account Reenacts WWI, the Social Times republished an Adweek article noting:

“[The account] uses historical photos and documents to offer a glimpse into the events of the first World War. Each document is linked to within the tweets, so that curious Twitter historians can explore the events in more detail.”

The initiative was inspired by a similar account for the Second World War and it seems to me a solid approach a number of non-profit and historical organizations could replicate.

Stock photos take a pounding for being generic and overused.  If there’s two strengths these services have, I believe them to center on a) copyrights and b) well organized databases for searching images. Anyone that has a vested interest in finding images for blog posts or web content under a Creative Commons license knows – searching for relevant images can easily be a full-time job.

Getty Images, perhaps one of the largest photography companies most people outside of the news business never heard of, has candidly embraced the stock photo. The company used Photoshop to place Vince Vaugh’s face on existing stock photos to promote the movie “Unfinished Business.”

“Why Photoshop old photos instead of shooting new ones?” asked Adfreak, a column for Adweek, of Rebecca Swift, director of creative planning at iStock by Getty Images. She responded:

“The awkward Photoshopping was part of the fun! We wanted to create a series of photos that would be instantly recognizable—playing off all the classic stock tropes—an idea which feeds directly into the business storyline of the film. The best way to do this was by taking existing images from the Essentials collection on iStock by Getty Images and Photoshopping the actors’ faces in, which creates this wonderful “double-take” effect—classic stock with a twist.”

I love the idea of taking perceived weaknesses and making them strengths – and this campaign is reminiscent of the Volkswagen “think small” campaign.  Hat tip to my colleague Kevin Bonsor for point it out.

Few people enjoy being pulled over by the police.  A flash of blue in the rear view can easily lead to lost time, tickets, fines and higher insurance premiums – at a minimum.  Yet cops are human too and I’d like to believe most of them are good people doing a very important job where the many get slapped with a label for the actions of a few. So it was a clever move by the police department in Lowell, Michigan to team up with a producer to provide Christmas gifts to motorists last December.

“After pulling people over for seemingly minor traffic violations, police officers engaged in small talk with the drivers in an effort to eke out the kinds of presents the drivers planned to give their loved ones for Christmas.”

Other police departments have pulled off stunts like this – give away warnings instead of tickets, but the amount of logistical planning that went into this event is above and beyond:

“Working in real-time, a team of shoppers — which were relayed information from the conversation and were at the ready in a local retail store — purchased the items the drivers had mentioned and stealthily delivered them to the police officer who then presented them to the driver.”

There are a number of ways police departments could transform such an event into a community building program, for example, giving officers a “goodwill” quota every month – and tracking results.  For example, maintaining a record to determine if a motorist was given a warning more or less likely to conduct a traffic infraction over the course of several years.  It would both serve as goodwill, creative PR and provide data for community-oriented policing programs.

5.  Avoid Responding with “No Comment” Unless it’s a GIF

Of the range of options for creative PR in crisis communications, “no comment” usually isn’t among the better choices. Except if you are a spokesperson for Google according to Wired:

“This adorable animated GIF is apparently the official answer Google sent to a Daily Dot reporter in response to his seeming scoop on a new YouTube livestreaming plan.”

“Lewis wrote that a YouTube spokesperson sent him an animated GIF in response to a request for comment. He assumed it was a joke. ‘Earlier today, the rep assured us it was not,’ Lewis said.”

“The Daily Dot proceeded to shrug the GIF off, chalking it up as an unconventional ‘no comment.’

But the YouTube rep then got back in touch a day later, demanding they include it in their story. No it’s not a joke, he said — ‘the GIF really is our official response, it technically wasn’t a decline to comment and would appreciate if you could update your story.'”

I don’t think just any company could get away with that – but I’d love to know if that Google spokesperson just did it on whim – or whether there was an internal conversation first.

Have you seen some especially creative PR of late?  Send me a link – I’ll bookmark it and if I use it a in subsequent round-up post, I’ll be sure to give attribution.

By deadline, there were just four responses to the query, which has posted a day or so prior.  The query was intended...