Avoid the Noid: A Mascot that Became a PR Crisis Case Study 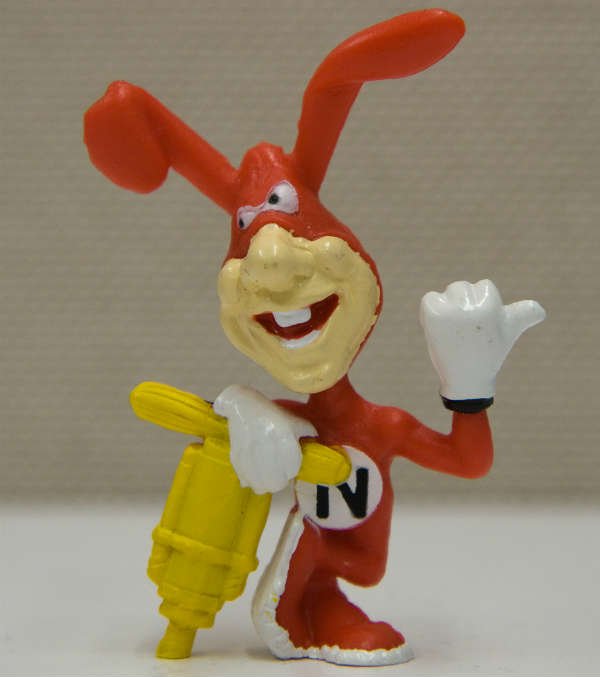 The freakish mascot McDonald’s unveiled to pitch its Happy Meal this year landed #6 on AdWeek’s 13 Biggest Brand Fails of 2014.  It also proved, in part, a useful segue in a recent Marketplace story about another mascot by a separate fast food franchise – the Domino’s Pizza Noid:

“In the late 1980s, the Noid was pizza’s worst enemy. He made pies arrive cold, late or crushed, with cheese stuck to the top of the box – at least that’s what Domino’s ads would have you believe.

Domino’s could “avoid the Noid,” delivering hot, fresh pizzas in 30 minutes or less. The Noid ads were a huge success, spawning toys and even a video game.

But it all came crashing down in 1989, when the Noid suffered what may be the worst PR disaster in history. Zachary Crockett has written about the Noid for Priceonomics, and he tells us the strange, sad story.”

It’s a strange statement from a publication that clearly has a love/hate relationship with PR, but it turns out that classification came from Zach Crockett himself.

He first published – this rather interesting case study in PR crisis management – in July 2014 with a post titled How Domino’s Pizza Lost Its Mascot.  As he tells the story:

Then, right at the height of his popularity, the Noid endured perhaps the worst mascot PR in history.

On January 30, 1989, a man wielding a .357 magnum revolver stormed into a Domino’s in Atlanta, Georgia and took two employees hostage. For five hours, he engaged in a standoff with police, all the while ordering his hostages to make him pizzas. Before the police could negotiate with his demands ($100,000, a getaway car, and a copy of The Widow’s Son — a novel about Freemasons), the two employees escaped. In the ensuing chaos, the captor fired two gunshots into the establishment’s ceiling, was forcefully apprehended, and received charges of kidnapping, aggravated assault, and theft by extortion.

The assailant, a 22-year-old named Kenneth Lamar Noid, was apparently upset about the chain’s new mascot. A police officer on the scene later revealed that Noid had “an ongoing feud in his mind with the owner of Domino’s Pizza about the Noid commercials,” and thought the advertisements had specifically made fun of him. A headline the following morning in the Boca Raton News sparked a talk show frenzy: “Domino’s Hostages Couldn’t Avoid the Noid This Time.”

Crockett, who also earned a head nod from Wired, went on to report the accused was found not guilty by reason of insanity. He spent a few months in a mental institution and subsequently committed suicide.

How did Domino’s react? According to Crockett:

It is indeed a tragic story, yet hardly approaches the “worst” PR crisis case study classics like Exxon or Tylenol.  Still it’s fascinating to consider:  McDonald’s launched a new mascot that flopped from the start while the Domino’s Noid was a wild success for many years before an unfortunate and unpredictable event.

The crisis could not have been foreseen, which I suppose, precisely defines a crisis in relating to the public.  Often a crisis is defined and perhaps more importantly remembered, even decades later, for how it is managed.

It may be hard to quantify the value of a reputation but it sure is meaningful when one of the...