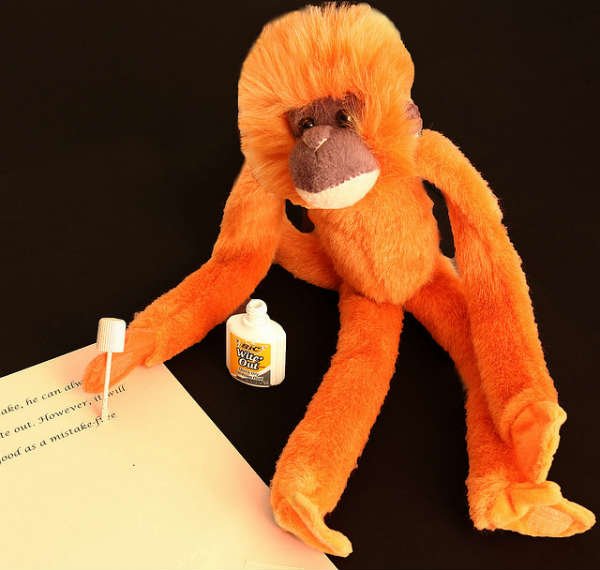 Think the media won’t cover your product?  Well then, you’re just not thinking outrageously enough.  It’s very easy to do, but will require some steely nerves the first few times you try it.

There’s a secret trick that marketers of apparel love to use.  It’s guaranteed to score ridiculous amounts of coverage.  Ready for it?

1. Be offensive and distasteful.

Create an advertisement that you are 100% certain most people will find hideously offensive; where possible, be slightly prejudice, sexist, or distort a historical tragedy for capital gain. It’s important to be only slightly wrong for the purpose of plausible deniability that you’ll need later.

2.  Send an anonymous tip to a popular rag.

Drop an anonymous link to one of the online rags like Gawker or Buzzfeed who will run a story.  Nobody watches the media like the media! Other media, usually more credible and mainstream publications, notice the outrageous stories that gain traction and can’t resist reporting on it also.  A well placed, seemingly sincere yet anonymous tip is like media lighter fluid.

Hold on tight and let the storm of protest whip itself into an online frenzy. You want this to happen. You want people to hate you in the moment because that will drive even more coverage.  But try not to provoke people too much – this is the artful part of this strategy.  It’s a delicate balance.  Try to say something inflammatory, but also feign shock that you have stirred so much anger and controversy.

Finally, if you’ve been careful to meet the “slightly” standard, you’ll have plenty of room to offer a mea cupla.  You’re late with the apology of course, but that just feeds the delicate balance.  Since you said “sorry” everyone will just write you off as having made a dumb move – they’ll never suspect this was a premeditated marketing campaign.

And that’s it folks.  Just wait a few months and do it all over again.

No this isn’t a joke. It’s become a favorite tactic of some apparel brands.  And the media dutifully report on such events every single time.

In September, Urban Outfitters engineered a single vintage and bloody Kent State sweatshirt for sale.  Nice way to blend outrage with scarcity, no?

For those that don’t know – the National Guard killed several students protesting the Vietnam War on the campus of Kent State in 1970.  It was a tragedy – and here’s a company that made a tiny little misjudgment or so to speak.

So how did the coverage look? It was a big score.

We’re talking the Washington Post, Buzzfeed, Mashable, USA Today, and even The Onion.  Two and a quarter million search results in Google for the words “Kent State Sweatshirt” and I’m confident the vast majority of those links are tied to this marketing stunt.

…shares dropped by 8.8% in the trading session following its last quarterly results—the third negative market reaction in a row—it looked par for the course.

It seems a momentary stain on the brand is just what’s in order for that refresh.

Need to stir up some buzz to sell shoes?  Make light of the sarin gas attacks in Syria, like Kenneth Cole, who freely admits the controversy was intentional.

Sarin gas interferes with the body’s nerves – as a result the muscles contract in uncontrollable spasms – including those that control your breathing and you suffocate.  Its awful way to die — knowing you need to breath but being physically incapable of inhalation — but hey, it proven steps to sell a new pair of kicks.

A search of the site turns up 113 links on PRNewser about another clothing line which is aimed a manipulating the impressionable minds the soon-to-be-adults. Those links contain stories — or the re-purposing of stories — largely about the company’s outrageous antics.

When is Enough – Enough?

Most of the pundits say that in the long run stunts like these will ruin a corporate reputation.  In year’s past I largely agree with this thinking, but not anymore.

Why?  Because we forget too easily. In the deluge of information and the chaos of life, the vast majority of consumers are on to the next thing.

Think about the ebb and flow of the news cycle.  A few months ago, you couldn’t visit a news format in any medium – in print, broadcast or online – without hearing about a gigantic jet – Malaysia Airlines Boing 777 – that just disappeared over the Pacific.

Poof!  Gone!  A jumbo jet with 250 people on board just disappeared without explanation. For weeks on a story dominated coverage – in depth and detailed coverage.  The real world story had an eerily similar story line to the fictional TV series Lost.  And then, suddenly, like the airliner itself, the story disappeared and we forgot.

Most people won’t remember the Urban Outfitter’s stunt in a few weeks, but the brand name will seem familiar the next time we walk by the store entrance in the malls of America.  And that’s exactly what these companies are banking on – because they do it again, and again and again.

When customers have great experiences with businesses something magical happens:  They tell other people.  In this way, customers are a...