How to Get Ahead for the Young PR Account Executive 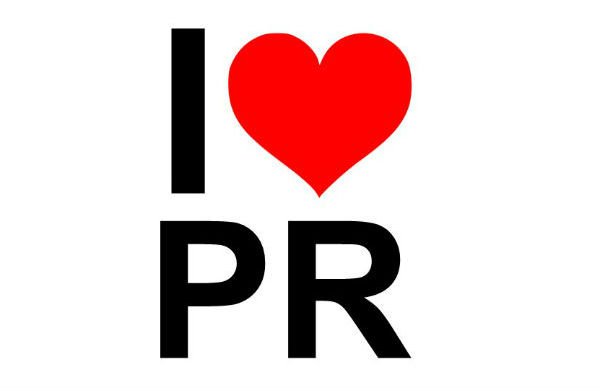 The salary would be a pay cut.  At $15,000 less than what I had previously earned that would translate to a difference of about $800 less per month.

In an expensive city like Washington, DC, $800 was about what I paid in rent on my basement apartment.  The cut would hurt and I’d spend the next year or so living paycheck-to-paycheck, sweating the credit card bills and student loans I had racked up in graduate school.

On the upside, this would be my first real gig at a tech PR agency.  It was my ticket into an industry where the perennial phrase “PR agency experience preferred” finds its way onto corporate public relations and PR agency job listings alike.

It was circa 2000 and the tech bubble had popped and the economy was sinking fast.  The venerable Potomac Tech Wire, which just months earlier had been filled with seemingly daily announcements about startups and outlandish venture funding, was increasingly noting closures, bankruptcies and the “shuttering” of startups.  The “eyeball economy” was stalling as investors regained their senses in examining sales models over ridiculous valuations.

PR as an Accidental Career

Those that know me, know I’ve spent more than 20 years in uniform in reserve components of the military.  I went to Parris Island six days after graduating high school and would spend the better part of a year in training.  Later, and in exchange for hauling a rucksack and a weapon part-time, and while my peers were living it up in the townhouse-style dorms of an upper college campus, the military would pay for my undergraduate degree and put a little extra spending money in my pocket.  It also afforded me a unique job opportunity after I graduated.

My degree was in film and TV production – and I thought I had done all the right things to land a gig in film or TV after graduating. I did part-time gigs filming football games for coaches, volunteered for the local cable access channel, landed an internship at WCVB Boston, which at the time was the #1 ranked ABC affiliate in the country and I had a reel of documentaries and creative projects compiled over many late nights the last couple years of school.

After four or five months of looking for work, including a 4-hour overnight trip to a B-movie horror studio in New York, I was knocked into a realization.  The shop lead, dressed in all black, and with his feet up on his desk, concluded an interview by saying, “I don’t have a job for you, I just wanted to talk to you and give you some advice.”

I panicked. This production idea – being Peter Jennings or helping to create the next E.T – wasn’t going to work out and I started to consider my options.

The National Guard, a reserve component of the Army to which I later transitioned for a commissioning program, ran several youth programs that in many ways was (and still is) a community relations program.  It seemed like a reasonable pivot and I took a job which hired employees on a state grant for an hourly wage. The work ended up bringing me to DC and more importantly on active duty orders, which as newly minted lieutenants discover, is sheer amazement when you discover you earn a tax-free entitlement called “basic allowance for housing” on top of your salary.

I lived conservatively, mostly in shared apartments, and drove a very humble Toyota Tercel of which my girlfriend at the time, who drove a brand new Jeep, mocked me incessantly. Yet this all served to generally keep my costs low and allowed me to pay off much of my debt.  However, as a very junior reserve component officer, I knew this fulltime gig wouldn’t last forever and began pondering my next career move.

How do I get a job at a PR Agency?

I can’t recall where I first got the notion, but PR seemed like a logical progression and I began researching the industry and trying to find people to talk to for advice. Working for an agency I learned, was often considered “must have” experience.  The next problem I tackled was:  How do I get a job at a PR agency?

In my experience, while some companies like Home Depot and GE have dedicated programs to recruit JMOs – or junior military officers – into management training programs, most businesses, especially PR businesses, haven’t the slightest clue about the military or how to spot military talent with business potential. On the suggestion of a mentor, I began looking at graduate degrees in communications.  The plan was simple:  I’d go back to school fulltime, add an academic qualification to my resume, and aim to pick up an internship or part-time work at a firm in the hopes I’d land a job when I finished.

Fortunately for me, it worked out exactly as I had planned.  Sure, I got a little lucky, but I also put a lot of effort to finding a part-time gig – and managed to put in about 24 hours a week on top of four full-time graduate courses. The last semester, the gig counted for credit, so in a sense, I was able to knock out two objectives at once. It wasn’t easy, but here I was with a couple of years of work experience, a graduate degree and job offer from a PR agency – in exchange for a significant reduction in salary.

I have many character flaws and one that I try to work on is a tendency to hold grudges in perpetuity.  To this day, as silly as it is, I still feel a tinge of resentment over that offer letter.  In hindsight, I’m very glad I bit a bullet of a different kind and took the job. It laid the groundwork to get to where I am today, where I’m pretty confident, I can choose my steps.

How to Get Ahead as a PR Account Executive

As the economy continued to sink the layoffs started.  Those in the PR tech community at the time will recall, it was a brutal work environment as agencies across the board – except in healthcare – were cutting headcounts. The challenge wasn’t just to survive, but how to get ahead in an adverse environment.

I didn’t have much cash for fun, so I put my focus into work. I networked.  I went to after-work meetings and conferences.  I took advantage of the firm’s memberships in local technology associations and volunteered for a committee or two. One of the managing directors started sticking me on pro bono accounts intended for this purpose – a way to shelter teams when corporate was looking to reduce staff.  I billed the time I put into it – even the time conducted outside of working hours – to the “new business development” code the firm kept on file.

My utilization rate would far exceed my peers, which protected my job, and more importantly, I was making contacts — solid business contacts. I was diligent about saving these contacts into a database, following up within 24 hours of meeting people with a handwritten note, and on occasion, I’d email an article I found to be relevant to the contact (social sharing had yet to be invented).

Even as I transitioned to other firms, I found myself being willingly recruited – indeed I might have helped that notion by volunteering – to the RFP process and often also tagging along on sales pitches.  With plenty of public speaking experience from my military duties, I had one important line to say: “I’m not just the PR agency pitchman that’s going to win a deal and then pass you along to someone else – I’m the account executive that’s going to work on your account.”

I can still remember visually observing the meaning of those words processing on the face of a new CMO who had just taken the marketing helm of a publicly traded company. He knew at that moment what he was buying and we won the deal. It’s important to understand the context here – I’m not saying I single-handedly won that deal – such a claim would be disingenuous since there was a team of people that worked long and hard to get us to that point. What I am saying is that I had developed a skill that made me a critical part of that team.

In fact, the whole process was about learning a skillset for selling professional services – selling the invisible.  Years later on the opposite side of the table as a corporate communicator, the first thing I do when evaluating a PR agency is ask who will be working on my account.  Next, I look for social profiles, a blog, and contributed articles and specifically seeking evidence of digital savvy and the work ethic to go beyond just the scope of normal duties.

As I near retirement age in the military, the prospect of opening up my own shop becomes a more serious consideration as the likelihood of being a small business owner recalled to active duty for the next crisis in the Middle East diminishes. The experiences will be a valuable asset as I ponder business planning – both in new business development and how I’d incentivize my own staff.

New business development is a valuable skill to learn no matter where your career takes you and rest assured sales skills are how PR agency account executives get ahead in an industry that’s liable, at least initially, to pay you less than you think you are worth. 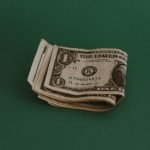 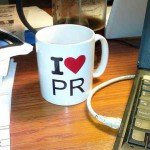 45-plus Places to Find Communications and Public Relations Jobs 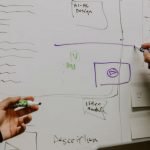 What is PR? 141 PR and Comms Pros Explain What They Do for a Living

Infographic: Nurturing the Gap between Marketing and Sales

A while back, as I was taking command of a headquarters company in an infantry battalion, I was fortunate to...