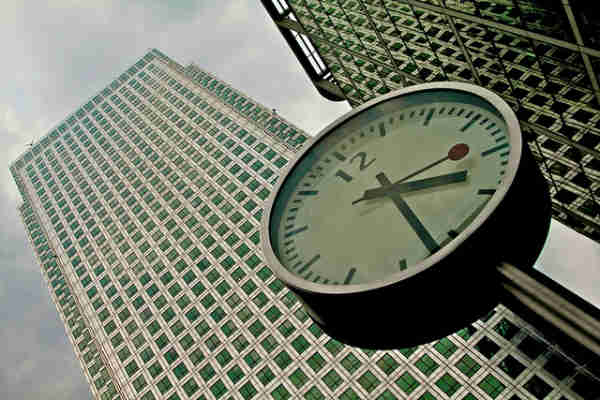 Dr. Seuss once asked, “How did it get late so soon?”

People invented the concept of time, and yet our perceptions vary by personality and culture.  For example, I can assure you firsthand, the notion of time in the Middle East is very different than on the streets of New York City.  One study of security cameras from a restaurant comparing customer interactions from today, to those of 10 years ago is a remarkable record of how our sense of time has changed.

The major end items that suck our time like black hole are easy to identify: Inefficient meetings, needless “reply all” emails and the fruitless endeavor of interruption marketing. This is partly why content marketing has earned a reputation beyond mere novelty:  Content is currency brands barter in exchange for a few moments of attention…of time.

For the most part, the interruptive corporate activities that slurp time from prospective customers occurs at the top of the funnel.  However, increasingly, corporations are gluttonously eating time from their existing customers because, as old business wisdom says, it’s far more profitable to upsell and existing customer than to find new ones.

It just costs a little bit of time. Yours and mine.

Time Warner Cable is a noteworthy example. The company is a customer service disaster according to surveys and ratings that consistently show high levels of dissatisfaction:

In 2013, Business Insider reported that years of bad customer service from Time Warner were adding up to lost subscribers.  For example, Time Warner lost 140,000 customers in Q3 2012– an increase over the previous year, even as the paid TV market is in decline. Couple that with the fact that competitors like Google Fiber and AT&T’s U-verse take aim at the high speed internet connection business and the company is being enveloped on three sides and time is running out.

However, I’d suggest it’s not just poor customer service, but poor customer service combined with wasting customer’s time with promotions that are completely misaligned with the context.  For example, before even hitting that perennial endless automated phone maze, frustrated customers that call customer service are held hostage to listen to a message by pro-football player Victor Cruz.

Seriously? Who thought that was a good idea? What is the ROI of that little obnoxious program?  What would it cost the company Time Warner were forced to compensate all their customers – a little credit on their monthly bill – for giving them no choice but to listen to that message?

The seconds add up to minutes, which turn into hours, and days, and perhaps months and years over a lifetime – it is a theft of time.

In customer service phone centers, Time Warner has an audience hostage and increasingly this is becoming a standard weapon at the point of transaction in other markets. It happens both online and offline – it’s not enough to close a sale anymore – the pressure is on to buy more, to join a rewards program, to donate to cause, to take a survey, and on and on it goes.

It also happens at points of automation – where businesses have used technology like kiosks to cut corporate man-hours and costs – but see fitting to take more from customers.  The common denominator is that they all require active user engagement – it’s not just an advertisement or a pitch to ignore – but a question that requires customers to affirmatively decline either verbally or by pushing a button:

Virtually everywhere you go these days, someone or some program, is stealing our time in an effort to bring in a little more revenue.  To place how these precious moments add up, consider George Will’s column – Six months waiting for traffic lights – published in the Washington Post in 1998:

Time as a competitive advantage

Since the advent of computers, time savings have been a staple value propositions for technology companies. I believe there’s a far greater value proposition in how much corporate America shows it values its customers’ time.

I’m sure there’s a big pile of data pointing out these little time stealing tricks pad the margins, but what’s the threshold?  At what point will people get fed up? Is there an opportunity for businesses to do things differently – to keep customer calls and transactions, courteous, effective and short?

How did it get so late so soon? 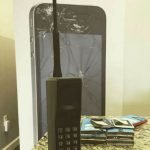 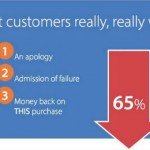 The Buyer’s Journey and Why Content Marketing is a Thing

In January 2013, I was licensed to skydive.  For a variety of very good reasons, it had taken me roughly...