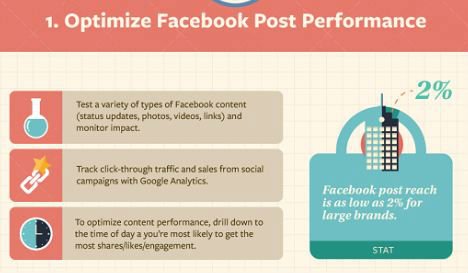 For every hundred fans a brand page has earned, just two will see status updates organically. Organic means those views that come naturally through the new stream, without paying Facebook to advertise content posted to a brand page.  What’s clear is there is a decline in Facebook organic reach.

For many brands, Facebook’s aggressive moves to generate advertising revenue, has reduced the value of Facebook as a platform and they feel as if it’s a bait and switch.  Jim Tobin might agree – and his company Ignite Social Media represents many large brands.

“The large corporations I talk to are very frustrated with Facebook and are re-evaluating their investments,” he noted in an “Off Topic” series interview for this blog. “It was very valuable when you had organic exposure that could be boosted with paid. As the organic evaporates, the value prop changes.”

I agree with him and having personally managed a half dozen Facebook pages for brands, I have seen firsthand the decline in organic reach.  It is frustrating, especially when other social networks – Twitter, Pinterest and Google+ – have found ways to blend organic and paid reach without crushing the work invested.  I’ve written my own Facebook rants, including one with an attempt at humor:

There are counterpoints that have validity: Its risky business to pour effort and resources into a platform you don’t own.  When Posterous shuttered, I essentially lost 220 posts I had published over several years. That experience drove the point home for me.

This is also the case Scott Stratten makes in the video nearby.  Brands have been “living in Facebook’s house for the last five years for free,” he said. “When you post and ad, you should pay to post an ad, that’s why it’s called advertising.”

The video runs just about 90 seconds and Stratten, a former comedian, makes his argument in a style that people either love – or hate.  It’s worth watching:

Derek Muller an astrophysicist from Australia takes a very scientific look at the data behind Facebook’s changes and the effects on organic reach. He posted a video to his YouTube channel, which is called Veritasium, with a very compelling analysis. The video runs about nine minutes has earned more than 2 million views on YouTube. It is well worth carving out some time to watch.

What’s especially damning is how Muller explains the effects of buying likes from Facebook.  Certainly coming from a PR perspective, I’ve frowned on buying likes, but as Muller points out in Facebook’s eyes, promoting a page (which is effectively buying fans) is supposed to be a legitimate tactic but it is not.

Buying fans from Facebook will have a dramatic and undesirable effect on organic reach.  I’ve seen this first-hand years ago when a company I worked for acquired another one with some 23,000 fans they had purchased this way.  Even before the more recent hubbub over Facebook’s strong arm tactics, this brand’s Facebook page had very little interaction despite tens of thousands of fans.

What to do about declining organic reach on Facebook

Other than spending money on Facebook, there appears to be little brands can do about the changes.  So when I spotted this infographic on the Social Times I decided it would be helpful content.  The infographic was originally developed by Offerpop, which sells Facebook apps for promotions.

While the advice seems sound, there are three points that I think are missing:

First, while the infographic mentions responsive design, it does not cite mobile specifically. For many brands, mobile is an afterthought, but increasingly people are accessing data on the go.  Specifically for Facebook, there are more than 900 million active users checking Facebook from mobile devices.

Secondly, there is the subject of Facebook lurkers – people that passively consume information but don’t engage it.  A brand can get a sense for this by examining Facebook Insights.

Third, checking web analytics (i.e. Google Analytics) for referral sources can help quantify whether or not Facebook is worth the time investment for a brand.  For the pages I manage across professional and personal sites, Facebook has slipped in the last 18 months from one of the top three sources of referral traffic however it usually still ranks in the top 10.

When the NYPD decided to launch a hashtag campaign with #myNYPD the po-po organization might have been betting the campaign...