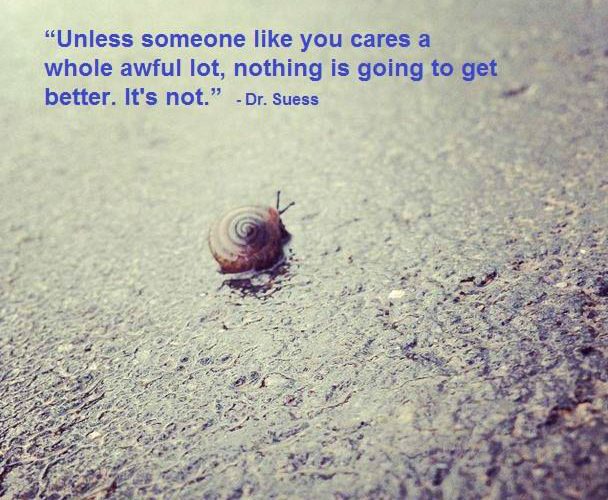 Top executives that engage in social media can make a remarkable difference. While I haven’t seen any data, I have a sense there’s a lot of busy executives who in the back of their minds know they should be active on social media but haven’t yet taken the time to learn about it.

There’s a stumbling block too – it’s sociological or perhaps psychological – and it centers on the idea they’d have to ask for help, which means admitting there’s something they don’t know.

If there’s a science to Dr. Seuss books for teaching children to read, my hypotheses would focus on the comparison and contrast of the words used in rhyming.

For example, from Green Eggs and Ham:

The rhyme demonstrates visually and typographically, the difference between here, there and anywhere. It’s a simple way to soak up vocabulary in a fun and memorable way.

HootSuite recently published an infographic titled A Dr. Seuss-Inspired Guide to Twitter, which struck me both as creative marketing and an effective way to reach and teach the basics of Twitter. As the infographic says, citing the Lorax:

Here’s my call to action:  If there’s someone you know that should be using Twitter that isn’t — send them a link to this infographic.  They are not going to use it. Unless.

Note:  The following is a guest post by Laura Spaventa Lewis who recently transitioned from working an in-house gig in...