3 Takeaways from Maximize Your Social by Neal Schaffer [Book Review] 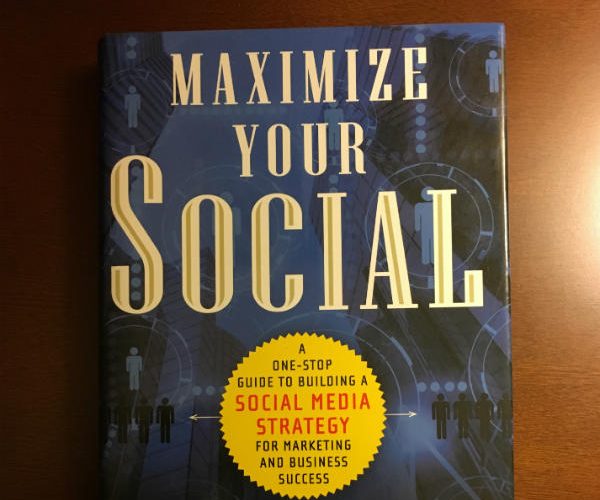 Ever get two birds with one stone?  I did this past Monday.

Zen Yinger sent me a note on Twitter telling me Neal Schaffer was in town for a book signing at a local Barnes & Noble.  I “met” them both somewhere along the social media trail about two or three years ago – and this week I was lucky to meet them both in person.

“Social media complements everything and replaces nothing,” Neal said as he kicked off his book signing talk (video posted nearby). What’s interesting about Neal is that he comes at things from a sales and business development perspective, rather than a marketing and PR perspective. I often find his views refreshing – and outside the doldrums of the echo chamber.

Learning the language and culture

He tackles social media from a real-world community building perspective. Having spent much of his professional career helping businesses grow in Asian countries – which is not an easy feat especially for American companies. If I recall his words correctly, he’s fluent in Chinese, Japanese and Korean – and I’m pretty sure he greeted the Barnes and Noble gathering in all three languages.

“Social media is a two-way street,” wrote local tech writer Lauren K. Ohnesorge in Triangle Business Journal piece prior to the event. “And once you open that door, be prepared for your customers to bring in the good – and the bad.”

“The biggest mistake is that companies really don’t have a strategic approach,” he says. “What I mean by that is, they haven’t aligned what they do with social media with their business objectives. It’s like an afterthought.”

The strategy Neal advocates mirrors his work overseas – learning the language, understanding the culture and building a community – under the structure of a cohesive strategy nested with larger business objectives. Social media has a language and culture onto itself; it is unique adaptation of what he has essentially based his career on: it complements everything.

Maximize Your Social centers on the quality control principles that Japanese manufacturing implemented based on the work of an American statistician named W. Edwards Deming. If you remember (or have studied) the 1980s, foreign imports were widely viewed as being far more reliable than our own natively manufactured vehicles.

Neal applies these principles – the PDCA frame work – to social media.  It ought to sound familiar to the modern tech company operating on Lean Startup principles – and to military types familiar with the eight steps of troop leading procedures.

The concept is simple:  plan a strategy, do it, measure the program against key performance indicators (KPIs) and adjust the plan.

3 Takeaways from Maximize Your Social

As I write this post, I haven’t yet completely finished this book – it’s been a mere 26 hours between purchasing a copy and writing this post. However, in that time, I’ve gleaned a few insights:

1. “Social media was made for people.”  We live in strange times where people strive to be brands and brands strive to be human.

“Representing a brand, your challenge is to engage with others in a medium that was originally created for people to keep in touch with one another.”

“Most companies haven’t fully maximized the potential of the existing social networks offer, so instead of looking into the future, I recommend that clients stay in the here-and-now.”

3. “Blogging is misconceived in business.”  Neal cites data from UMASS Dartmouth researchers on Fortune 500 companies. In his talk noted that a blog is the center of gravity for a social media framework – because it’s media we own as opposed to that which we rent on social media sites.  Anyone who recalls the demise of Posterous can appreciate this; I once had 220 posts on my Posterous site, which are more or less now gone forever.

In my career path, I’ve been fortunate to meet several dozen highly influential thinkers in marketing and PR.  Neal, I can assure you, is about as gracious as they come.  He’s a genuinely nice guy that both knows what he’s doing and is more than willing to share.

His book is available for purchase on most online book retailers, including Barnes & Noble, who gets the link for hosting Neal’s book signing.

by Frank Strong Over the last couple months, I’ve been testing Primeloop as a tool for tracking mentions all around...