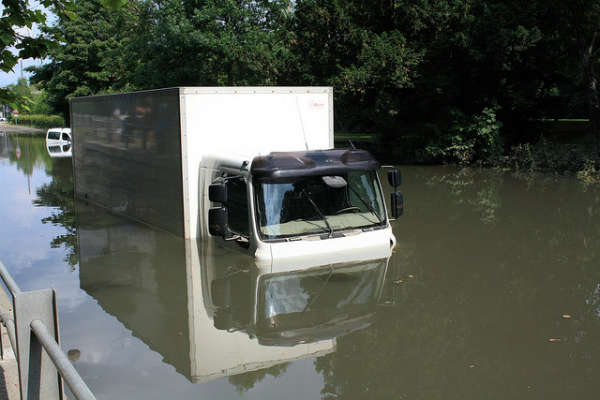 The proliferation of content marketing has led some pundits to criticize the quality: it’s challenging to consistently conceive ideas, write and publish content of uniform high-quality.

If that problem exists, then suffice to say it’s not a new issue, though it may be new to those who are new to publishing. For example, the same issue occurs in journalism and in the publication of scientific research.

As a kid growing up, watching the evening news was a daily ritual. After dinner, my father would flip on one of the three networks available through the 12-inch screen of our black and white television. Perhaps I was 8 or 10 when a trend started to take hold:  reporters were increasingly interviewing other reporters for their stories, rather than true subject matter experts.

My father would throw his hands up in disgust, call it lazy journalism and on one or two occasions, simply turn the news off.  It wasn’t news then – but the trend has lasted and today it’s quite common to see reporters interview reporters. Often we’ll see one reporter cited by multiple media outlets.  Nobody watches the media, like the media.

NPR recently ran a piece – Haven’t I Seen You Before? Why News Reports Quote The Same People – that calls the practice into question and pointing out it leads to a lack of diversity in viewpoints:

“All reporters find themselves having to produce stories about subjects they start out knowing next to nothing about. That’s when they’ll turn to the tried-and-true — someone with their own blog on a subject, or a credentialed expert they caught on cable. This feeds on itself. Once a person is quoted frequently on a topic, he will become a “go-to” for other reporters. And it’s not such a great thing when so many reporters end up drawing repeatedly from the same few wells.”


The Absence of Science in Science Journals

If citing the same source as the basis of reporting in news lowers quality, then the absence of a source at all, is arguably worse. Yet that’s exactly what is happening in the articles in some science journals – which are supposedly peer-reviewed research.

An article by Fox News – Over 100 published science journal articles just gibberish – says its happened more than 100 times in the last few years:

“Some 120 papers published in established scientific journals over the last few years have been found to be frauds, created by nothing more than an automated word generator that puts random, fancy-sounding words together in plausible sentence structures. As a result, they have been pulled from the journals that originally published them.”

The fraudulent papers have been found in publications such as the prestigious journal Nature. The articles in Nature can produce a bevy of news coverage – extending the reach and influence of the publications work.

In the grand scheme, I believe the explosion of content raises the standards rather lessens them.  This is because while it’s more work to sift through the ruble to find the gems, achieving substantial traction also requires more work.  With so many options, any publisher, be it a media outlet, a science journal or a brand, is going to have to work harder to rise above the competition.

by Frank Strong There's an old saying that people don't leave a job, they leave a boss. A LinkedIn infographic,...