One Last Time…Google+ is not a Ghost Town 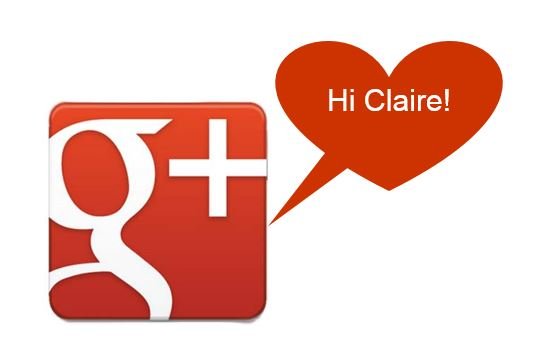 The mainstream media just can’t shake the compulsion to call Google+ a “ghost town.” It’s the type of refrain that if we say it enough times, we might start to believe it. This wouldn’t be a big deal, except for the fact the media is supposed to serve readers and playing out this story-line falls short of that goal…and they are completely missing the point of that little +.

New York Times tech reporter Claire Cain Miller was the latest to apply the ghost town label in a story in a less than loving piece published on Valentine’s Day: The Plus in Google Plus? It’s Mostly for Google. Her lede, which also ran on the front page of the print version, read: “Google Plus, the company’s social network, is like a ghost town.”

The story is more about search and less about social as the media — and I’m not just picking on Ms. Miller here — erroneously, perhaps ignorantly, perpetuates this notion that these two dynamics should be evaluated separately.

As of this writing, the available public information on  Ms. Miller’s Google+ profile indicates she has been circled by 23 people, has yet to post a profile photo or make a single update to the social network. PR types might remember her well-shared 2009 story on PR, Spinning the Web: P.R. in Silicon Valley [sic] which included delightfully salacious phrases such as “‘whisper in the ears’ of Silicon Valley’s Who’s Who.”

To Ms. Miller, Google+ must seem like a ghost town because she doesn’t use it. It reminds me of a time when journalists were slow to adopt Twitter because they couldn’t see the value in it.  It’s a lost opportunity.

The days of agnostic search are over; the social layer that is Google+ matters in ways non-users cannot see.  Google that story and take a close look that the results; think real carefully about how you and I might be connected online.  Feel free to tell us what you find in the comments. 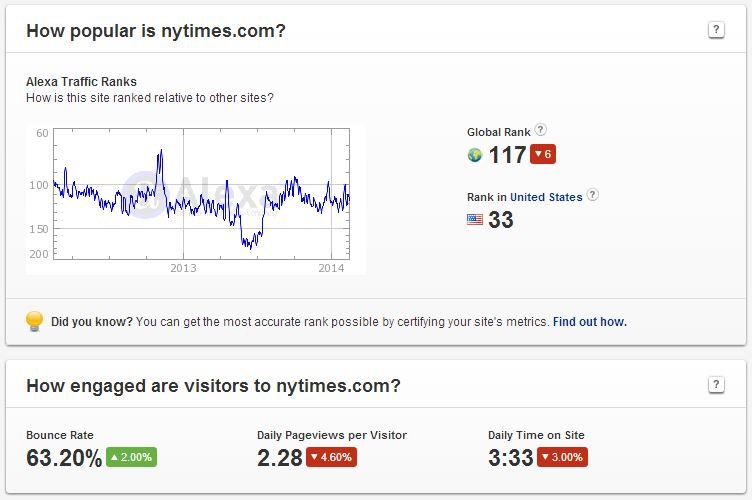 Google+ by the numbers

There’s probably more arguments over Google+’s engagement and user numbers than there are actual users at the moment. Lest my point be lost, that’s a long way of saying there’s a lot, but for the sake of conversation, let’s use Ms. Miller’s reporting as the baseline:

Google says Plus has 540 million monthly active users, but almost half do not visit the social network.

When Facebook had 500 million users, Hollywood made a movie about it with a tagline that read, “You Don’t Get To 500 Million Friends Without Making A Few Enemies.”  On the plus side, Google+ allegedly isn’t making enemies.

Let’s take that half-billion number and do what some media outlets sometimes do – back into other numbers: there are 210 million active monthly users on Google+.  How many monthly visitors does the NYTimes.com site receive? 60 million?  70 million?

According to Alexa, the New York Times site is ranked 117th globally, has an astonishing 63% bounce rate and visitors view about 2 and 1/4 pages while spending three and a half-minutes with the content. The bounce rate aside, those are impressive numbers and the time-on-page is an infinity in a digital world.

However, as a benchmark, the digital edition of the New York Times isn’t a ghost town – it’s a post-apocalyptic environment incapable of harboring life.  Of course we know that’s not true either since Ms. Millers’ article drummed up more than 200 comments at the time of this writing. The digital version of the Times is still “America’s paper” but it’s a disservice to readers to inaccurately label Google+ a ghost town.

But the numbers drumbeat misses the bigger story. 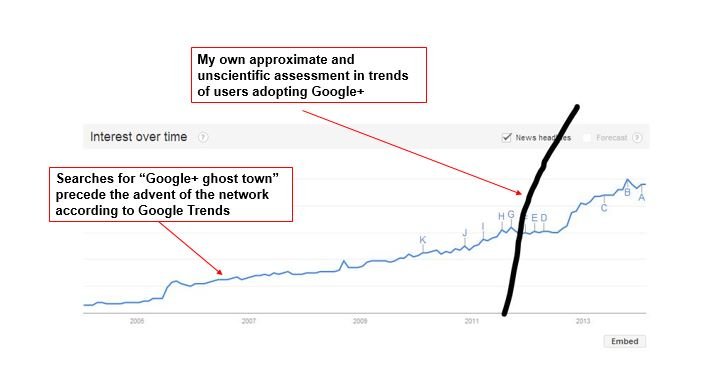 Google+ without the numbers

Understanding Google+ is understanding the value the company sees in it.  It’s not just another vertical silo network where users post a photo, like a couple from their friends and move on.  Google+ is horizontal, it is a layer of social activity across the web and the fact that Google has a search engine is what enables it to do this — while Facebook might be 25% of the web — for most intents and purposes, Google is the web…ALL of it.

Is there a search benefit?  Of course there is — but we need to change the frame of thinking of Google+ as just search — to a dynamic of search + the social web. That’s the + in Google+ and why spelling out the word “Plus,” as most traditional media outlets do, completely misses the point: It is search + social. The implications, for anyone with a cursory knowledge of digital currency, is enormous.

Search and social should not be considered separate things, because they are not.  Absent good data from the likes of Twitter or Facebook, Google has turned to their own methods for incorporating social signals into search. Google has been explicit in saying Google+ will be Google in the near future.

The problem for most, is that articulating this nuance is hard to do — so the default setting is to revert to describing the search benefits. That  underscores the communication, or PR challenge the company faces with Google+.  But then, that’s why betas are useful.

I can understand the resistance to another social network; people in general are fatigued with all the new beginnings. I first engaged Google+ because I thought I had to; then I started engaging because I liked to; and now I’m on it all day long. Google+ is an acquired taste.

While I’ve written a bit on Google and Google+ as it relates to content….

…I’m not out to convince anyone to use it. You’ve got to come to that conclusion on your own. But for the record, Google+ is not a ghost town. Just don’t wait too long.  And it probably wouldn’t hurt to use the service if your going to write about it.

Update 2/20/14:  Yesterday, Ms. Miller published a blog post responding to the critics of her front-page article which labeled Google+ a ghost town:

Meanwhile, to all the commenters who lamented that I did not have a profile photo on my Google Plus page — that was not actually my profile page. I have had one since it started in 2011, but my privacy settings make it difficult to find, because that is how I personally choose to use the service.

Lamented? Not this blogger.  This post ranks well in a variety of search terms related to her original story — and across a blend of search — in part because it doesn’t have to compete for social relevancy with a profile associated with an authoritative site in an index.

by Frank Strong If there's ever been a cliché for a love/hate relationship, for me, Facebook would fit the bill.  Some...