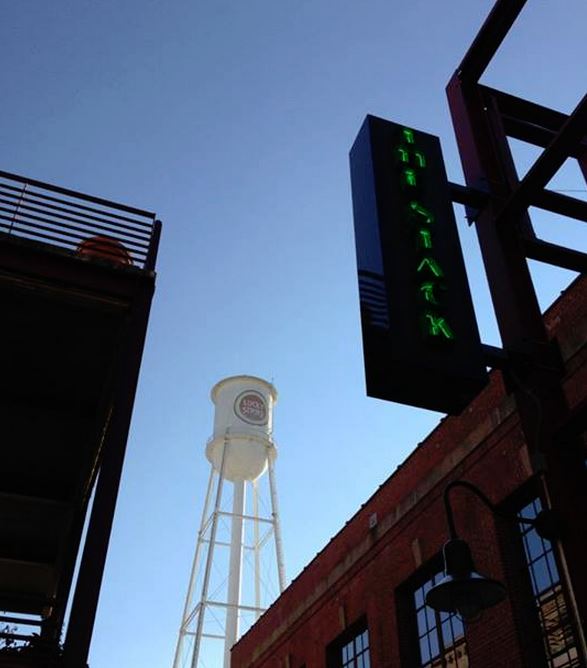 When I was a kid growing up, my parents opened up a boutique antique shop as a hobby. A middle class family with two-working parents, they dabbled mostly, trying to learn the ins and outs of a pastime where it’s easy to get hoodwinked.

My mother liked to collect.  She’d buy and keep.  My father like to sell.  He was a salesman by trade and I can still remember how loved to wheel and deal. He’d get this glow about him.

I don’t recall what the first item sold was in that old antique shop, but I remember the first evidence of the sale.  It’s was a signature one-dollar bill and my mother tacked it up over the door to the shop’s entrance like so many small businesses do.

It got me to thinking about the first promotions – the first ads, the first press release, and the first evolution of ads on the internet.  So I perused the web a bit, and here’s what I found.

1.  The first newspaper ad (in America).

1704.  Boston. It’s a pretty simple story according to Advertising Age, which also has a nice timeline on the history of advertisements:

The first newspaper advertisement, an announcement seeking a buyer for an Oyster Bay, Long Island, estate, is published in the Boston News-Letter.

It wouldn’t go corporate until 160 years later, according to About.com:

Atlantic City, NJ.  1906. A train jumps the trestle, fell into the water below and 50 people lose their lives, according to Greg Jarboe, writing in Search Engine Watch on the 100th anniversary of the press release.

That afternoon, Ivy Lee, who some consider to be the father of modern PR, created the first press release. The Pennsylvania Railroad was one of his clients. Following the accident, Lee not only convinced the railroad to distribute a public statement, he also convinced them to provide a special train to get reporters to the scene of the accident.

The New York Times was so impressed with this innovative approach to corporate communications that it printed the first press release—verbatim—on Oct. 30, 1906 as a “Statement from the Road.” In the weeks that followed, both newspapers and public officials effusively praised Pennsylvania Railroad for its openness and honesty.

New York. 1922.  A company called Hawthorne Court Apartments ran the first spot on WEAF. The modern day news radio outlet, NPR, called this first radio commercial the beginning of selling time, as in air time. The transcript of the story on the first-ever radio commercial reads:

WEAF would become the flagship station of the NBC network. It became WNBC in 1946 and disappeared in 1988. Its old 660 position on the New York AM dial is now home to WFAN, a sports station owned by CBS. As for Hawthorne Court, it now enjoys landmark status in New York. It remains a lovely, diverse, middle-class neighborhood, where a gracious three-bedroom condo sells for around $700,000.

New York.  1941. Bulova, a jewelry shop was out to promote its watches on television in a 10-second spot.  The spot ran during a pro-baseball game broadcast and on the same day the FCC’s licenses went into effect, according to Mashable.  It’s essentially a logo with a voice over that says, “America runs on Bulova time.”

The spot cost Bulova all of $9: $4 for airtime and $5 for “station charges,” according to American Heritage magazine. (Presumably its agency, Biow Company, took a slice of those “station charges.”) The commercial only reached, at best, a few thousand people: Only 4,000 TV sets had been installed in New York at that time.

This one is a little harder to nail down to a specific time, place and billboard.  Arguably, ancient Egyptian hieroglyphics were an early adaptation of billboards. Indeed, the first known cave painting was even earlier – perhaps created some 15,000 years ago in what is now Spain.

Capital Outdoor Advertising says in the U.S., billboards got their start in the 1790s, but it came with caveats:

The modern-day billboard advertising approach can trace its roots to lithography, which was an invention of the late 1790s. The genius of this invention is that it made it possible to mass produce as many posters and announcements as a business needed. There was one major limitation to the outdoor billboards being produced at the time, and that was the quality of the posters; they did not stand up when exposed to the elements for prolonged periods of time.

The Outdoor Advertising Association of America says the billboard originated in the 1830s:

In the beginning, American roadside advertising was generally local. Merchants painted signs or glued posters on walls and fences to notify the passersby that their establishments up the road sold horse blankets, rheumatism pills, and other useful items. The large format American poster (measuring more than 50 square feet) originated in New York when Jared Bell began printing circus posters 1835.

The banner ad powered the web’s first explosion. HotWired, a digital offshoot of Wired magazine, soon had more employees than the magazine, launched a search engine (HotBot) and was pulling in $20 million a year in revenue. The banner ad fueled the portal war, as startups ranging from Kozmo to Pets.com poured millions of venture capital dollars to lure net users and secure the elusive “early mover advantage.”

“It might be nice in the future to get some ads going to offset the cost of the servers,” Zuckerberg told The Harvard Crimson, his college paper, on March 1, 2004. As it turned out, “in the future” meant about a month.

Around the time Zuckerberg gave the interview, his cofounder Eduardo Saverin took it upon himself to secure some small advertising deals for the site. “Saverin had begun selling a little advertising and had secured a few small contracts with companies that sold moving services, T-shirts, and other products to college students,” according to The Facebook Effect, a deep dive into the history of Facebook by author David Kirkpatrick. “These ads began to appear in April.”

The first ever ad my folks ran was in an antique trade weekly and pitched a Windsor chair. I wanted a dog, so my parents got me a goat (long story about youth and responsibility).  The goat, named Abraham, was still quite young; a “kid” quite literally.

Little Abraham climbed into that Windsor chair and before it could chew on the chair’s arm, my mother snapped a picture.  The photo ran in a spot promoting their booth at an upcoming weekend antique show with the caption, “You don’t have to be an old goat to like antiques.”

Of course I was young, prone to er, mischief and as a consequence, I was always dragged along to these shows. I can’t remember if they sold anything at the show, but there was a lot of foot traffic to the booth and comments about that advertisement.

As for that dollar bill from that first sale?  Someone stole it.  I guess we all have to take care of our first-ever deals if we want to preserve their history.