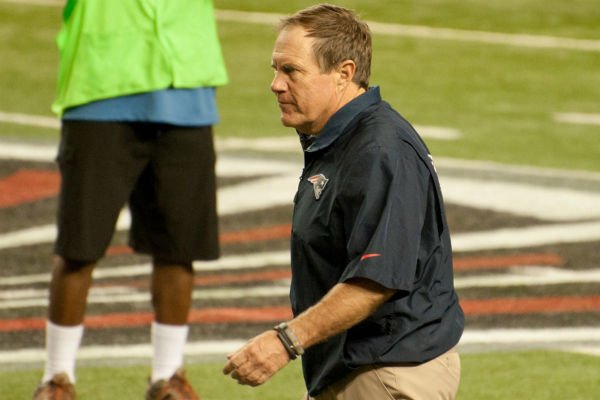 New England Patriot’s Head Coach Bill Belichick shies from media attention.  At least that the conclusion one might quickly draw from his demeanor in post-game press conferences. The man doesn’t smile.

Watching video of every Patriots postgame news conference from this season, we counted seven incidents where Belichick smiled. This study surveyed 114.5 minutes of footage, so he smiles at a rate of once every 16 minutes—and keep in mind this is a season where New England won 12 games and the AFC East title.

Coach Belichick just might be the anti-Christie, at least when it comes to press conferences. That’s a reference to Chris Christie, the governor of New Jersey, who swung into action to mitigate a recent political crisis.  He used the word “I” 692 times in a marathon 108 minute Q&A  session with reporters. The only thing missing was a water-board.

By contrast, there’s no “I” in man-who-cuts-his-sleeves-off’s vernacular.  He is especially a man of few words when the news is bad.  Maybe that’s a lesson for PR pros.  For example at the press conference following a November loss to the Carolina Panthers complete with controversial officiating, he spoke just 534 words according to USA Today.

The publication reported he was asked 21 questions which boiled down to an average 22.7 words per question.  I’m guessing the words in his introduction were not included in the average.  The number of times Belichick answer a question with a question in that same session? Answer: What comes after 7?

Could it work at a business or political press conference?

Press conferences post-game must be a difficult challenge.  Every reporter in the room is fishing for a headline.  If the Coach pontificates on injuries or predictions, it’s liable to come back to haunt him later. That’s exactly why business executives shy from numbers in favor of percentages too:  get it on the record and you might find yourself backed into a corner in the future.

In all fairness, it’s got to be tough for reporters too.  Every answer is a cliché but somehow they seem to make sense. Harder still, how does a coach use the same clichés to motivate a team in different ways, game after game and season after season?  It goes without saying, I guess.

Imagine a CEO using one of those lines on an earnings call with analysts after the markets close. Or worse, a politician in response to a disaster. It’s just not possible. It would be a political gaffe.

How to stay on message in a press conference

Still the venerable Beli can teach us how to stay on message with just a few words. He’s “the master of providing as little information as possible,” according to the Business Insider.  The publication took exception to his commentary about a decision not to play the massive Vince Wilfork during a pre-season game:

Reporter:  For those of us who weren’t there last night, can you update us on why Vince Wifork didn’t play?

Belichick:  We just didn’t put him in.  That’s why.

Belichick:  Because there were other players who played.

Indeed, Vince has been a critical player who has been absent a lot this season and Patriots’ fans like me have missed him. Still the team has managed a winning season and a favored spot in the playoffs.

We’ve got Denver this weekend in Mile High Stadium. As a fan, I’m nervous but optimistic. The Pats are playing great ball. I wouldn’t dare ask the Coach if he’d smile for us if they win the Super Bowl, because inevitably he’d say the team is just focused on this week.

But if they do win…might I suggest a Twitter hashtag? #smile8bill 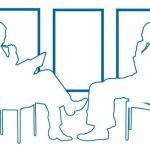 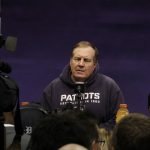 Hypothetically, “What If” Questions in PR Lead to Bad News

5 Good Reasons PR Pros Should Jump into an MBA

There’s been some lackluster advice floating around the PR world of late regarding a Master of Business Administration (MBA) degree....