Fans as a Metric are Fool’s Gold; Off Script #6: Ignite’s Jim Tobin 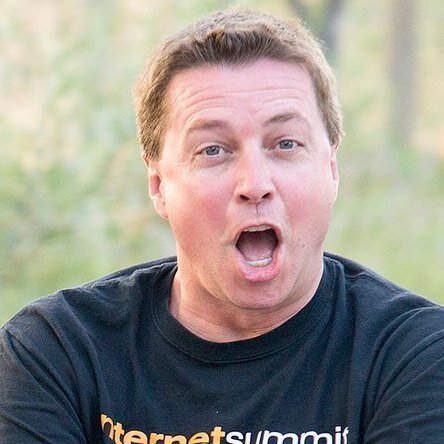 With offices near Raleigh, NC and Detroit, MI, Jim’s company manages social media marketing for a range of large brands.  This provides the firm with unique insights into the results large corporations are finding in the social space.  His commentary certainly has credibility:

“Ignite analysts reviewed 689 posts across 21 brand pages (all of significant size, across a variety of industries) and found that, in the week since December 1, organic reach and organic reach percentage have each declined by 44% on average, with some pages seeing declines as high as 88%. Only one page in the analysis had improved reach, which came in at 5.6%.”

I’d jokingly point out that Jim may be partly to blame for coining the idea that Social Media is a Cocktail Party, as it’s the title of his first book co-authored with Lisa Braziel.  Last year he published his second book:  Earn It. Don’t Buy It.

While I’d have to confess I haven’t read either of his books, I do read his blog regularly and his other writing on the web.  After reading one of his posts that was referenced by the Triangle Business Journal, I asked him if he’d be interested in answering some questions for this Off Script series and he agreed.

1.  About this time in 2012, you noted in a Mashable post that Facebook fan growth was slowing. Two years later, engagement has fallen significantly and as you said in the Business Insider, puts Facebook at risk of losing ad revenue.  Several questions:

a) Isn’t Facebook just playing to its base?  That is to say, gearing its products for the large corporations while jettisoning a fickle and reluctant small business owner?

“If they are, they’re doing it wrong. The large corporations I talk to are very frustrated with Facebook and are re-evaluating their investments. It was very valuable when you had organic exposure that could be boosted with paid. As the organic evaporates, the value prop changes.”

b) Although some point to Facebook’s most recent algorithm change, this has really been an evolution over the course of 2-3 years.  What’s the long view on Facebook?

“I think their algorithm team is going in the exact wrong way. There is less content from fewer people and brands in all of our feeds. That makes Facebook a lot less interesting to many of us. I don’t think we’ll see everyone leave, as the recent Princeton study suggested. Instead, we’ll check it a lot less, which means fewer ads they can sell.”

c)  What is the impact on the other major social media platforms?  Will they follow suit?  Is the era of earned social engagement over?

“They have value if you use them correctly. Klout and Kred measure in part the level of effort a person or brand puts in to social and in part the reaction to it. If you know it’s not really a measure of influence per se, they can provide some good value.”

3.  Measurement is usually a contentious issue in social media marketing.  Some believe social engagements, such as fans, likes and retweets represent an exponential value in both engagement and serve as an implicit recommendation to drive behavior.  The other camp says such measures are nothing more than vanity metrics that mean little — a viewpoint that seems to be reinvigorated with great furor every so often.  Do you believe these are useful or not?

“Fans as a metric are fool’s gold. And a lot of good brands chased that metric over the last couple of years. Many of them ended up with large number of fans that they can’t activate. But good fans have tremendous value. Research shows over and over again that engaged fans buy more and spend more. So if you focus on the end result, social can really perform.”

4. Google has been rather explicit that Google+ will be Google in the next few years. This is significant since organic search is often still, by a wide margin, the largest source of traffic for most sites.  Still, the company seems to have tapered back the impact of Google+ in search. Considering the push for paid media on platforms like Facebook, and the staying power of search, what impact will Google+ have for brands in the next few years?

“Google is clearly being patient with Google+. They view it less as a social network and more as an identity layer across their various tools. But the impact on search is already interesting. And the data we’re seeing is showing that engagement, while still small, is steadily climbing. Any marketer that has already dismissed Google+ is making a mistake. It’s very much worth keeping an eye on, even though it isn’t a highly engaging space yet.”

5. Your company spans two key geographies in Detroit, Michigan and Raleigh, North Carolina. These two areas seem to be at complete economic odds; Raleigh appears to be a growing market for technology and biotechnology, while Detroit battles municipal bankruptcy, continuing high unemployment and office vacancies. What thoughts to you have on the disparity between the two cities? What are the overall drivers for the conditions we see today?  From your vantage point, what does the economic forecast for marketing, across the United States, look like in 2014?

“Our clients are all over the world. We don’t have a single client in the Research Triangle area today, but the ability to work from anywhere makes it work very well for us. The Detroit market, believe it or not, is the far more competitive one from a labor standpoint. Detroit has been one of the United States leading advertising markets for decades because of the auto industry. That’s one of the reasons we opened there several years ago—access to some of the best talent in the world. So for us, a small (100+ person) company with clients everywhere, the economy of an area is less important than the access to talent in that area.”

Connect with Jim Tobin on Twitter or LinkedIn and find his musings on the Ignite Social Media Blog.  And thank you, Jim!

The Soft and Subtle PR Pitch of Content Marketing

He just started writing reporters one day.  It was a time before blog comments, and tweets, and Facebook updates; he...