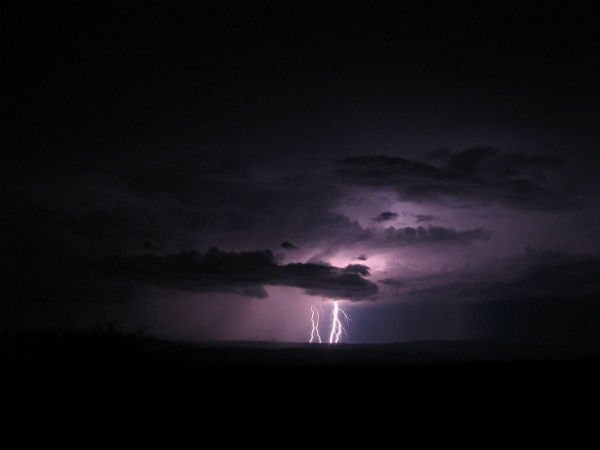 Have we reached the limits of content marketing?  Is the birth of a trend, just now starting to hit the mainstream, destined to crash?

Mark Schaefer calls it “content shock,” which comes with an eloquent explanation that boils down to this:

“This intersection of finite content consumption and rising content availability will create a tremor I call The Content Shock. In a situation where content supply is exponentially exploding while content demand is flat, we would predict that individuals, companies, and brands would have to “pay” consumers more and more just to get them to see the same amount of content.”

His words stirred the crowds – to the tune of a couple thousand social shares and several hundred comments (it’s been much greater since this was first published).

In many ways, I think Mark is right.  For example, as Facebook has ended what is perhaps the greatest free trial program in the world.  As I noted in 2012 – 1.5 years before content shock – the future of social media  path paved in payment.

In other ways, I don’t buy it.  There are plenty of examples of businesses entering what seemed to be saturated markets, and snagging a bit of market share. 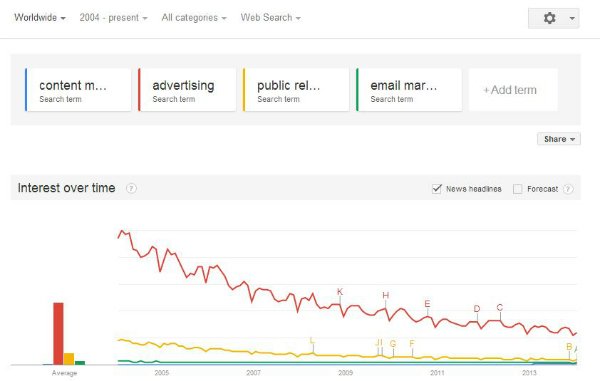 The Economics of Saturation

More than a decade ago, I enjoyed what was perhaps the best burger I had in a long while. It was big. It was greasy.  It dripped. You couldn’t eat it in a button-down shirt without a follow-on trip to the drycleaners.

The restaurant was a hole-in-the-wall in a far less affluent region of Arlington, Virginia.  It was a sight to see – that so many people would stand in a long line and endure the chaos of a kitchen and counter staff in overdrive merely for a burger.

The competition was stiff.  Burger King, Wendy’s and McDonalds were a stone’s throw away. Yet the business grew dramatically and opened up several more stores.

That burger joint is Five Guys and it has more than 1,000 locations today with 1,500 more under development.

The market for burgers is seemingly saturated, yet somehow Five Guys has managed to grow a thriving and rapidly growing business. 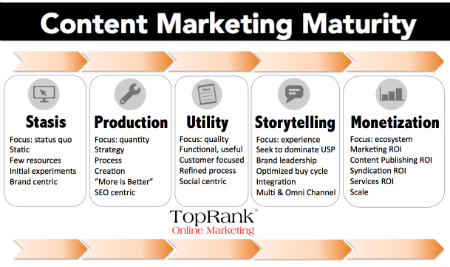 Mark’s blog post came up for discussion with Joe Pulizzi and the gang at The Friday Hangout in a show titled after Joe’s book Epic Content Marketing. Joe’s analysis was that the market isn’t even close to content saturation – brands are just starting to get the hang of content marketing.

When we put this thinking into a framework, like TopRank’s content marketing maturity model (shown nearby), it becomes evident.

In a separate show with the same crew, Lee Odden points out many brands are still in a “production” phase, where more is better.  It’s barely begun.

To borrow from Gartner’s Hype Cycle, the trough of content marketing disillusionment, is more likely to only exist among a small circle of thinkers who live and breathe content on a daily basis.

When and if we reach a point of saturation, demand for content, like burgers will shift.  It will become more nuanced, the way that iTunes, as Chris Anderson points out in Free, has enabled independent music artists to gain a share of market at the expense of the big music companies.

Buzzfeed will continue to publish mind-numbing nonsense, perhaps take a whack from Google over native ads, and still wind up with 10,000 social shares and a ton of traffic.

As the aforementioned Chad Pollitt wrote:

“Have you seen the content that goes viral on Facebook? The term ‘quality’ is the last word you would think of to describe it. There are many industry-specific media outlets, websites and blogs out there with huge audiences that publish flimsy content.”

The era of mass media is clearly over, which I think validates much of Mark’s point.  The New York Times isn’t a sole source of information anymore – those economics are quite clear – to the gain of many independent bloggers and to the dismay of many professional journalists.

I don’t think we can reasonably forecast how trends in content will shift – but we know that they will and the question becomes – how much attention do brands need to sell a product?

Is two minutes of time that used to belong to The New York Times enough? Then, how do we get it?

Can we make a better burger?

I’m confident we have a long way to go before we reach saturation levels: we’ve still got a long road to content shock.

by Frank Strong New England Patriot’s Head Coach Bill Belichick shies from media attention.  At least that the conclusion one...