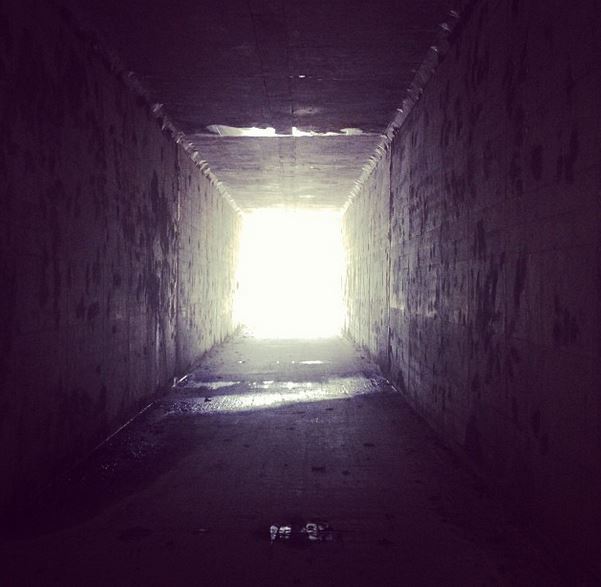 Where do creative PR ideas come from? How do we develop ideas and what does the life cycle of an idea look like?

There are those in our field that advocate for a strict discipline of science – that is to say, no idea is funded without math.  Yet, data has the limitations of structure and we are not rational beings.

On the other side, there are others that are purely creative — the Don Draper myth. They operate on instincts and gut feelings. However the very phrase “trust me” invites risk and suspicion.

The two approaches are at odds and I’ve found no better explanation than the words of Malcolm Gladwell.  In a post titled, Art or Science: Creative Marketing and PR, I took a look at his analysis of the difference between puzzles and mysteries:

In the book, What the Dog Saw, Malcolm Gladwell breaks down the distinction between a puzzle and a mystery. A puzzle is when we have all of the pieces we need to make a complete picture, we just need to arrange them in the proper order so that they make sense. With a mystery, information is scarce and we instead rely on intuition, interference or a gut feeling. Perhaps this is what Rumsfeld meant when he famously said, “unknown unknowns.”

If PR were a puzzle then we’d have all the pieces needed to simply assemble a creative idea. If PR were a mystery, then we’d all be starting from the beginning every time.

In reality, PR is often charged with making the uninteresting seem interesting. There is very little in our world that fits neatly into some bucket we’ve designed; the fact is that PR is a mix of art and science.

Few are the ideas that take off on a first try.  Sometimes these ideas flop, but we tinker, tweak and try an idea in new ways.

Reinvention is a timeless PR positioning strategy, like the underdog, or the come-from-behind, or David versus Goliath.  And so from perhaps several dozen posts on creative ideas published here since 2009, I offer some of the macro-level takeaways I’ve observed.

Behind every link, there’s more and combined these amount to way more than just 10 creative ideas here:

Google wasn’t sugar coating when it partnered with Kit Kat to name the latest version of its Android operating system after the candy bar. The software proved to be a good flavor for Kit Kat too: an unlikely partnership with a tech company that raised its visibility just prior to the Halloween candy rush.

The economy is an evergreen trend because it’s so central to our way of life.  Burger King literally dropped cash when money was tight; the NBA’s New Jersey Nets linked the unemployed up with its sponsors, and The Gap got Wall Street suits to dress down for a day.

All of these are essentially publicity stunts — but with real value — tied to other marketing efforts and riding the coattails of an economic theme. Where the economy is up or down, there’s usually a trend to be found.

Grasshopper claims to be the entrepreneur’s phone system. The company’s advertisements can be heard regularly today on conventional radio stations.

But it wasn’t always that way – the company was once known as GovVMail. In 2009 the company re-branded as Grasshopper and to mark the occasion the company sent 5,000 influential bloggers and reporters chocolate-covered grasshoppers (notice a chocolate coincidence here?).

These insect delicacies were sent by FedEx and it seemed as if one could not open a web browser without seeing a reference to the campaign. From The Wall Street Journal to Guy Kawasaki anyone with a finger on the pulse of promotion wrote about it, posted pictures online and dared each other to take a bite.

I was able to catch up with the people behind the campaign for this Q&A: Unconventionally creative: a non-PR PR case study.

Don’t miss these related posts:
12 Things You Should do to Amplify a Media Mention Once You’ve Earned It
This is How the Sorry State of Media Relations Ends
Is Media Relations Getting Harder?

In late 2009, brands started experimenting with ways to incorporate both offline marketing mediums and the communities they served in social media together.

Today the forward-thinking take this for granted – the hashtag for a popular TV show for example – yet there are still many organizations that struggle to integrate the traditional silos, let alone bring in a community and give it access and a share of voice.

Publications started soliciting guest posts, a model that Forbes has refined today, but also photos and other forms of media, perhaps mirroring the success of CNN’s iReports. Businesses started to do it too – a casino started shelling out big bucks to put its Twitter handle on billboards (a likely expensive investment probably not taken lightly); airlines started asking customers for travel destination reviews; consumer businesses started segmenting social media accounts for specific groups of interest.

It’s one thing to have a contest, it’s quite another to tie it to an event. A contest in and of itself is but one among many. There’s an app for that… Events too, in isolation, can easily become one more scheduling conflict.  However, when we combine the two, we apply a sense of competition – gamification – to the deadline where something will happen.

Electronics maker LG hosted a National Texting Championship and incorporated these two principles beautifully. Again we see elements of a partnership as the event coincided with the 10 year anniversary of Blogger, which claimed, “Every minute of every day, 270,000 words are written on Blogger.”  A quarter-million people entered the contest and a 13-year-old girl won by texting “supercalifragilisticexpialidocious” on her phone.

An analysis of the event and contest from a PR perspective can be found here: Creative PR ideas: contests.

The holidays are an annual event that comes, more or less, at the same time every year. The key is what sets one campaign apart from the others. Everyone’s got a pitch for Thanksgiving or Christmas or Mother’s Day, and while it’s probably out of fashion to run a Christmas tweet-up, there are ample opportunities to put a jingle in your pitch and find a warm story in tying it to a good cause: ‘Tis the season: 7 creative PR ideas for the holidays.

Don’t miss these related posts:
What do Public Relations Salary Ranges Look Like in 2019?
PR Measurement: A Pulse Check on How Communicators Show Value
Dispelling 6 Myths PR Sometimes has about Content Marketing


7. Unsolicited response to the community.

A team of mine once had a program – three of us would send a note to two people who gave our brand a shout-out on social media. We often had a stack of books as a giveaway so we’d take a screenshot of the social media post, write a short handwritten note and place these into the inside flap of a book and sent it off by mail.

It never went viral, but we earned a lot of new fans for the brand over time – this is an example of consistent base hits.  Kleenex took this to another level in January 2012.  The company monitored social media for anyone – mentioning he or she didn’t feel well on a social network.  Within an hour or two, they sent the first 50 people “Kleenex Kits” to alleviate their ailments.

Viral?  Nope.  But solid base hits.

And that’s why a company, amid dozens of brands selling tissues, earns a hundred thousand fans.

Read about this and five other ideas – including some novel ideas for press releases here: 5 Creative PR and Marketing Ideas. 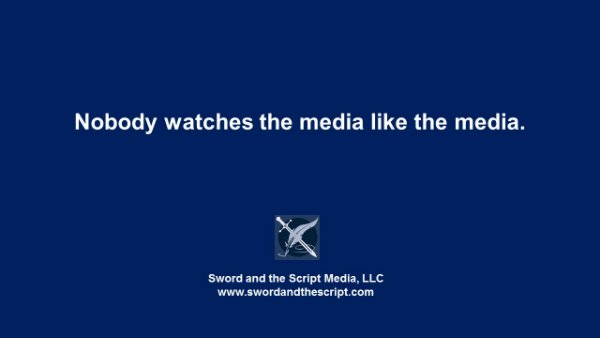 8. Not which is greater, but which blends effectively.

A company I once worked for (Vocus) ran a contest. It was simple enough, use our press release service (PRWeb) for free in a contest and document the results in a blog post. The winner, based on page views, which we could verify, got free service for a year.

Later, someone in marketing got the idea to use the winner in a paid advertising campaign across the web, which later turned into a successful cooperative story pitch for a marketing trade publication. While the advertisement was simply coincidental, a marketer on their toes, it reinforced in my mind the effectiveness of running organic campaigns and backing them up with paid media, which in turn earns more media.

There are several companies that do this very effectively and I’ve documented six solid examples here: 6 Creative PR Ideas for Blended Media.

9. Frenemy of my frenemy is co-opetition.

If there’s one underlying theme in many of the creative ideas I’ve spotted, it’s that 1 + 1 = 3. That is to say, the chance to partner with other brand raises the stakes and newsworthiness of an idea. Yet it doesn’t always have to be formal. In a post called, 7 Sexy and Creative PR Ideas, Jeep and Burger King make an informal play post-crisis:

Earlier this year both Burger King and Jeeps Twitter handles were hacked. Those stories, just months ago, may well seem long forgotten given the velocity and plethora of news in social media, but it was quite the buzz for a week or so.  The creative part is when the dust had settled, both brands recovered with grace.

@BurgerKing tweeted @Jeep “Glad everything is back to normal.”

Whoever was managing the Jeep handle didn’t miss a beat and responded, “Thanks BK.  Let us know if you want to grab a burger and swap stories – we’ll drive.”

MediaCupla has screenshots in a post titled, Burger King and Jeep turn Twitter hacking into PR opportunity.  The lesson? Social media has brought an age where people strive to be brands and brands strive to be human. Mistakes will be made, but how brands manage them often turns a crisis into an opportunity.

Kids are pure creativity. They often say things with innocence and clarity, often out of curiosity and the struggle to understand new things by associating them with what they already understand, to a degree that most adults cannot. I’d defer to Mr. Gladwell as to whether this is a puzzle or a mystery, but for businesses that pay attention, their advice is free, unfiltered and often valuable. It can lead to new talent acquisition:

The National Railway Museum in the UK hired a six-year-old as it’s “director of fun.” The boy had sent a letter to the museum after learning a recent retirement had left an opening. The BBC took note.

And it can lead to proper rebranding:

Sainsbury may be the oldest retailer in London, but it’s clearly open to new ideas.  According to The Telegraph, Sainsbury renamed it’s freshly baked bread from “Tiger” to “Giraffe” after a 3-year-old, with parental help, responded to a Facebook campaign aimed at re-branding the product.  Reportedly the little girl felt the delicious spots on the bread bore a stronger resemblance to a giraffe’s spots than tiger stripes. The company has enjoyed positive coverage in trades, the HuffPost and at least 145 comments in one Reddit thread. Add Sainsbury’s efforts to similar campaigns, like well-conceived contests, to the line up of especially effective and creative PR moves.

These two anecdotes are from a roundup of posts here and here. 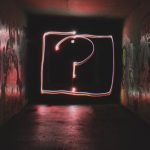 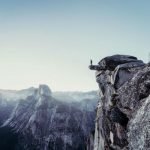 The Benefit of Calculated Risk in Public Relations

There’s no shortage of infographics describing Thanksgiving this year – infographics are marketing technique that while not new, has staying...