Home > Marketing > When Branding Gets the Better of Politicians

When Branding Gets the Better of Politicians 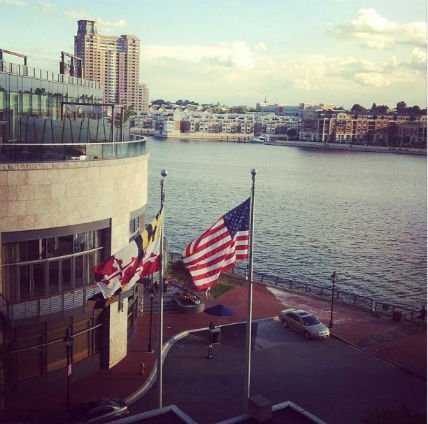 This isn’t a political post. This post isn’t about whether or not the health care law is a good idea or a bad one; it’s not about red or blue; it’s not about who you voted for in the last election or who is in office right now.  It’s about marketing and why politicians are good at selling ideas, and even personas, but have so much to learn about products, positioning and product marketing.

Obamacare was to be a disparaging pseudonym to a law that passed amid a nation divided on the cause.  It was a label intended to underscore everything that was wrong with the law.

In a gesture of political jiu-jitsu — to use technique against brute force — the administration seized upon the term, embraced it and repeated it on every medium available:  in the print, broadcast and online and across earned, owned and share media. It was a rallying cry.

Obamacare used content marketing to brand the new law to be synonymous with the administration and it’s principle proponent.  Whether aware or not as to the vehicle for branding, it was a conscious effort and it worked.

Political communicators were on their heels, slow to respond, then denial, even as polling tanked. Distance. They needed distance.

A name other than in law

President Barack Obama and loyal Democrats once embraced the term Obamacare to sell the American people on health care reform.

With the president’s approval ratings at record lows, a broken website and Obama under fire for his pledge that people could keep their plans, the “Affordable Care Act” has returned.

The president didn’t say “Obamacare” once during his nearly hourlong news conference last week, while he referred to the “Affordable Care Act” a dozen times. House Minority Leader Nancy Pelosi went so far as to correct David Gregory on “Meet the Press” Sunday on the proper terminology. And White House talking points distributed to Democrats and obtained by POLITICO repeatedly refer to the Affordable Care Act in suggested sound bites, not Obamacare.

Epstein’s article is based on an political talking points memo — unintentionally leaked or otherwise — amid what he reports as polling that suggests the “Affordable Health Care Act” polls better than “Obamacare.”  The memo refers to the law as a “product” which implies sales and marketing strategy, rather than a political philosophy or legislative communication.  The math may or may not be fuzzy, but the PR line sure is.

There are several lessons to – here are three I think are most relevant:

1. Brands really do mean something. Whatever we choose to brand, we must choose carefully. It’s okay to pick a brand name out of a hat, but we must test it carefully before making a decision. Marketing is both art and science.

2. Silence is deafening. What we do not say about a brand is often as telling, if not more telling, especially in a world where every syllable, pause and gesture is analyzed for meaning, than what we do say. And what we do say, does not always make it so.

3. Once committed, branding is expensive. Branding can shorten a sales cycle because it breeds familiarity and represents a promise consumers can trust. Consumers buy names.  They also avoid names. It can take time, in this case nearly three years, and cannot be reversed in speech. If we brand carefully, re-branding requires a triple-check.

In the days and weeks that passed, the government has reportedly poured resources into fixing the site. By all public accounts at the time of this writing, the site has improved its functionality.

As for the brand Obamacare, it lives on with some 237 million search results in Google News search at the time of this writing.  It’s a brand that is going to be legacy, whether it succeed or not.

What lessons would you add?

Where do creative PR ideas come from? How do we develop ideas and what does the life cycle of an...