Ready or not, here come social ads…and lots of them.

In summary the publication writes:

Call 2014 the year of “social acceptance.” More marketers are committing budget to paid social media advertising. And social media companies are providing advertisers better targeting than ever, and more ways to see the return on investment, according to a new eMarketer report, “Social Media Advertising: Seven Trends for 2014.”

Why the push for paid social ads?

The social networks are attempting to monetize the platforms they’ve built.  The model is simple:  get eyeballs, collect data, sell ads and then go public or get acquired.

Twitter, Facebook and LinkedIn are all now publicly traded and Wall Street will expect continuous quarterly growth. Of the three, only LinkedIn has a diversified stream of income through subscriptions.  Public or acquisition hopefuls such as Quora, Pinterest and StumbleUpon are all in pursuit of the social advertising model.

It’s not just that these companies are going public — that will only accelerate a trend that was set in motion by something else:  us.  It started happening about 2000 or 2001: mobile devices exploded overnight. Kiosks by companies such as VoiceStream, later acquired by T-Mobile, grew like mushrooms — and our heads have been down and focused on those devices ever since.

Our heads are down when we’re walking, waiting, even when we are driving.  It’s often the first thing we do in the morning when we wake up and it’s the last thing we do at night when we go to bed.  The pinging, the alerts, the flashes the red icons…these all beckon us back to a network at every opportunity. Some surveys suggest we’d give up sex before we’d give up mobile devices; we are using these devices to access social networks.  Advertisers need to go where the people are — and we are all there.

It’s not a funnel: social media advertising, like PR, is a touch point on the sales cycle.

What does this mean? It means the future of social media marketing rests in paid social advertising.  The days of just using organic efforts to drive engagement on social networks will become increasingly more difficult.  This isn’t to argue whether it’s right or wrong – it’s a fact of the dynamic web.  In a model like Facebook’s, the users are the product; Facebook is going to sell “us” back to “us.”

Social ads can be effective too – a separate study also reported by eMarketer found:

paid ads on social networks are the top method of brand and product discovery for social network users who engage with brands on social media. Forty-one percent of them reported that’s one way they typically become aware of new goods on the market.

The likes of Bing and Google are consistently beneficial to 34% of social network users in the discovery phase, but opinions from friends and followers on social networks are almost just as useful. Thirty-three percent of those surveyed said they typically discover new brands and products by reading and posting messages on social networks. 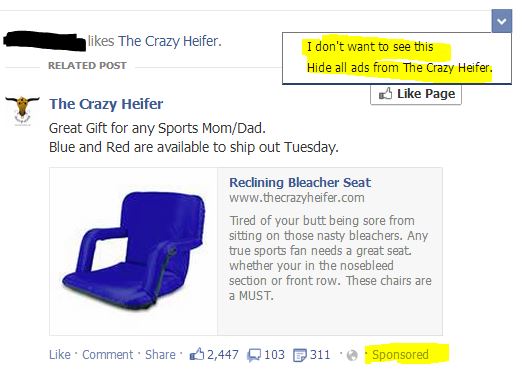 Consumers can hide ads they don’t like — never to be seen again; this suggests much consideration about what to advertise on social networks is require because we may only get one chance.

When social media began its flow in the mainstream, words like “transparency” and “authenticity” were commonplace. Today, we see less of it, but the idea that social media will reject commercialization is persistent, which means be careful what you advertise.

Marketers will need to get back to the roots if they want social ads to be success:

1. Understand the platform.  Why do fans or followers visit a given social network? The answers for LinkedIn are likely to be quite distinct from Facebook, hence the promotions purchased on one medium may not work on another.

2. Promote useful content. Resist the urge to pay for hard pitching social ads; these are less effective and very easy for consumers to mark as spam.  Facebook for example, provides a means for users to ensure they’ll never see ads they don’t like again.  Offer something useful instead; give customers and prospects a reason to come back.

3. Integrate other mediums.  Effective integrated marketers know that paid media can drive earned media coverage. The question was never about which one is better PR or advertising – but rather how the two can work together. Likewise, some hybrid firms have long since integrated PPC into their earned media strategies, and social advertising represents an opportunity to do just that – it’s easier to do so and social ads are highly targeted.

If reading too much can suppress creative thinking, then so too can habit. Sure, Aristotle said excellence is not an...