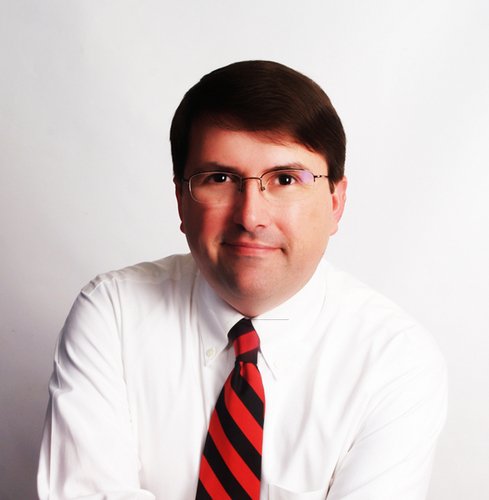 I don’t remember when I met John Barnett, but I’m pretty sure I know where I met him.  We met on Twitter, perhaps two or three years ago, but have never quite gotten past 140 characters.

A week or so ago, I contacted John, a retired Navy Master Chief Petty Officer for this occasional series – the Off Script series – first started this past July.  We’ve traded several emails to finalize this post and it just so happens I’m writing the introduction on the eve before Twitter begins trading shares on a public stock exchange.

It seems fitting because the purpose of this series in many ways is for me to both get to know some of these connections I’ve made on Twitter on some deeper level – and it’s also the chance to introduce these good people to this community.

Interviews with people who are Internet famous are plentiful – I’m after people like John – ordinary people like you and me – who are getting the job done every day. More to the point, it underscores how a social network like Twitter changes everything because it connects people we might not have otherwise met by exchanging messages no longer than 140 characters long.

Imagine pitching that concept to a venture capitalist in 1999; it would have been laughable.  On November 7, 2013, Twitter will raise several billion in capital, but the real value is in the connections we make with people like John.

And on to the interview…

1. Tell us about the Navy.  Did you enlist right out of high school?  How did you get into public affairs?

“Oddly enough my plan for the Navy was to enlist as a photographer’s mate for only one enlistment.  I was graduating from college with a double major in communications and English.  And even though I had photo and writing experience working on college and small newspapers, job searching was proving difficult since employers were looking for real-world experience.  Plus I really wanted to learn more about photography.

I got interested in the Navy as an opportunity for real-world experience and no one is better at creating world-class photographers.  When I was at the processing station, I was told there was a five-year wait to get into photo school.  I thanked them for their time and was actually out the door when one of the recruiters came running after me, yelling, “Wait, we can talk! Have you ever heard of the Journalist rating?!?”

I took them up on being a journalist, and it turned out to be a good call.  It allowed me to work as a news and feature writer, photographer, editor, publication layout specialist, public relations manager, media relations manager, spokesperson, journalism instructor, and a host of other jobs – many of which were on-the-jobs skills that had to be learned quickly.”

2.  What is life like as a PAO on the USS Abraham Lincoln?

“It’s like being the newspaper, TV news station, cable TV provider and public information officer for a medium-sized city with a hectic airport. The hours are crazy-long averaging around 18 to 19 hours per day. But the upside is getting to work with some fantastic military and civilian communication pros.  During my time there, we completed a very busy Rim of the Pacific international exercise, a Western Pacific-Middle East deployment and finally a record-breaking extended deployment during the start of Operation Iraqi Freedom.

The OIF deployment was by far the busiest as we sponsored more than 38 national and international media embeds, a rotating pool of visiting media and a presidential visit.  Lot of long days and nights helping reporters cover not only the military action from the ship, but also finding the human interest stories they needed.  There were a lot of challenges, but CAPT Jeff Bender (the PAO at the time) and I had a terrific team working with us.  During this deployment our team won a record seven Navy media awards – including beating the land-based radio stations for best radio program.”

3. How did you link up with Vox Optima after the Navy?

“While I was an instructor at the Defense Information School, I had the privilege of becoming close friends with Gary Potterfield – the lead instructor for the school’s broadcast skills department.  Shortly after he retired, he met up with Merritt Hamilton Allen.  They had been kicking the idea around of creating a small, cloud-based public relations company designed to provide quality and responsive PR, media relations, crisis and strategic communication, and digital signage services.

Vox Optima is very proactive about hiring veterans, and since Gary knew I was looking at retiring around 2009, so we had been discussing the possibility of me joining the company during my final tour with the Navy.  About 10 days after my official retirement date, I was in a new job helping support Vox Optima’s D.C. clients.”

4. Vox Optima is a virtual agency…what does that mean?

“I have to admit, I wasn’t exactly sure what the telework or virtual agency concept was all about when I signed on with Vox Optima.  And it did take a little getting used to.  However, I have to say that I quickly fell in love with the concept.

Merritt’s cloud-based company concept is actually becoming very prevalent in business today.  When she and her original team created Vox Optima, the idea of having everyone in different locations supporting clients was a little unnerving for her clients – at first.  However, by leveraging employee talents, cloud collaboration and lower overhead costs, she quickly demonstrated to her clients she could deliver brand-name, brick and mortar services, expertise and quality for boutique PR company prices.  She led the way in this type of business model, earning the Navy’s largest public relations contract.  She and Gray – the operations director – introduced one of the Navy’s biggest and dispersed organizations to the internal communication benefits of digital signage.  And 90 percent of that work doesn’t require an on-site body.

It does have some drawbacks though.  You can get a little too focused on the work projects.  You start the day and the next thing you know it’s 12 hours later.  And since you are electronically connected to company and clients all the time; sometime you have to force yourself to put away the laptop and cell phone.  I did sometimes miss the personal interactions of an office.  Even though the team I was working on used Google Hangout two or three times a day, I would still be working alone in a home office.  But like everything, there’s give and take.  I saw it as a small drawback given that I got to spend more time with the family now instead of being deployed away for months at a time.”

See these related interviews:
PR and Storytelling; Off Script #7:  Lou Hoffman
Fans as a Metric are Fool’s Gold; Off Script #6: Jim Tobin of Ignite
PR Business, Balance and Access; Off Script #2:  Gini Dietrich

5.  Your title on some social media sites describes your role as a communications analyst; what exactly do you do?

“In a small company like Vox Optima, everyone wears a lot of hats.  Originally I was senior communication analyst working internal communication and social media planning for one of the larger clients.  As that source of work started slowing I moved over to editing articles for internal magazines and newsletters as well as publication production and management – I had to dust off a lot of Pagemaker, Photoshop and InDesign dust in order to get back up to speed.  There was a lot of ghostwriting for articles, blog posts, press releases, etc.  And with my background as a Defense Information School journalism master training specialist and experiences with the OIF media embeds, I was also tasked with supporting Vox’ media training programs at the Defense Acquisition University and the Fleet Forces training element.

And even though I was one of the oldest Voxers, I was also asked to learn more about new and social media.  To this date, I still find out tons of things about digital presence, online etiquette and protocol. I’ve always considered myself fooling around with social media, but I’ve made a few great connections like yourself, Brad Phillips at Mr. Media Training (asked me to review his new book), Atlanta’s Davina Brewer of Three Hats Communication, Lisa Gerber at Spin Sucks and now Big Leap Creative and a few others.  Those types of social media connections yielded guest blogging opportunities that got the Vox Optima name some more exposure.  While I doubt I’ll ever consider myself a “social media expert,” I still search for my niche in the online environment; I’ll eventually get there.

Around this time, I was also asked to help out with a business proposal.  Apparently, I had a knack for it because it was long before I was the primary proposal writer for the company’s BD manager director, JC Kreidel.  After being named JC’s deputy, I was usually knee-deep in at least two proposals at any given time as well as conducting extensive research for upcoming opportunities, strategic partnership organizations, BD database management company-wide information management and coordination.

Sadly, all good things end.  These are not the best days to be a small federal contractor.  And despite best efforts from the entire team, Merritt had to make some hard choices to ensure the health and continuity of the company.  Given my location and variety of other economic factors, I had to be one of the several hard choices.  But a window opens every time a door closes they say, so I’ve taken this disadvantage and turned it around to my favor.  I’ve been accepted into a master’s of education program specializing adult learning and training development, which I hope to turn into a wide variety of PR, media relations and communication training and development opportunities.”

As John mentioned above, the government shutdown this past October hit some segments of industry harder than others. John has taken it in stride by laying out a new plan and perhaps to use some of those education benefits he’s earned over the course of decades of service. Naturally, he’s still looking for work even as he pursues his education.

To any businesses taking a look, I’d point out that rising to the highest enlisted rank as a Master Chief is not an achievement easily accomplished; and represents, quite literally, a world of experience.

And don’t worry about the “grumpy” part. That’s an affectionately labeled job requirement for anyone in the grade of E9, no matter the service component, let alone the U.S. Navy. 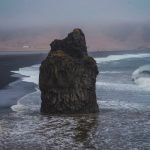 by Frank Strong I have a love-hate relationship with Groupon.  I love the concept of a deal, the motivational economics...