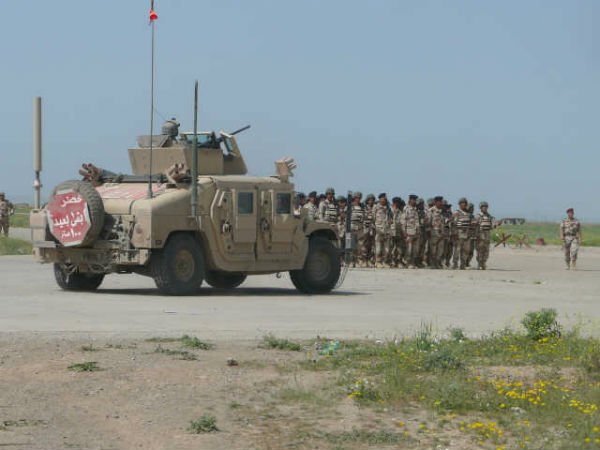 For three years he had traded space for time. Skirmished, lost, retreated and did it again.

The men were exhausted and bitten by frost. It was dark. It was cold. The plan was exceedingly audacious. It was, in many respects, desperate. The route of approach for the raid crossed a wide river and more than nine miles on foot.

Chaff. Blisters. Frostbite. Hunger. Dehydration. Fatigue. Ammunition on short supply.  Men would — and did — die on the movement let alone the battle.

For three years he had traded space for time. It was a strategy that had kept his ragtag band of men assembled into an organization easily mistaken for an army. On that night, the day after Christmas, his strategy was surprise.

He would push his men to do the unthinkable. To cross the uncrossable. To walk the un-walkable. He would hit a professional army, with superior training and firepower, that was also well-rested and well-fed. He would do it in the stark of night.

His efforts would win the battle and many would argue, reinvigorate hope and the idea that we could win.

Trenton was a PR victory

That raid was General George Washington crossing the Delaware River to assault a garrison of Hessians on December 26, 1777. His band of farmers forced the surrender of 1,500 professional soldiers — a number insignificant in the grand scheme — but a PR victory beyond expectations.

It was a psychological gain. The headlines reflected victory. It gave hope. It gave confidence. It sowed the seeds of doubt for an expensive war for a base of power an ocean away.

Washington knew his army stood no chance standing online as it had in Lexington and Concord. While the British saw his guerrilla tactics as cowardly, Washington only cared about driving them out.

As both an experienced Soldier and marketer, I both gravitate and wince at war analogies.

Tzun Tzu is referenced with little more than a Hollywood education. Everybody loves a good special forces movie; few have any sense of the mundane bullshit and tedium of a bureaucracy filled with both regulations and young men and women bursting with patriotism.

Most marketing analogies are formed from misunderstanding; we are prone to confuse strategy and tactics: The former is singular, while the latter is plural.

The priorities of work in business should be: 1) business strategy 2) marketing strategy 3) tactics.

“A prudent idea or set of ideas for employing the instruments of national power in a synchronized and integrated fashion to achieve theater, national, and/or multinational objectives.”

We can easily modify this to marketing or PR like so:

“A prudent idea or set of ideas for employing the instruments of marketing in a synchronized and integrated fashion to achieve business objectives.”

Doctrinally, objectives are both an end-state and verb: attrit, seize, hold, block, clear, breach, bypass, control, cover, rupture, guard, screen, prevent. The mission of the infantry is still, after 20 years in uniform, to close with and destroy.

Rest assured if we do not, our enemies surely will.

The challenge of such analogies is those verbs rarely sit well with the customer, which is a third variable, when most war conflicts have two.

Admittedly, on the modern battlefield, that’s a murky debate. In Iraq, there were complex micro-conflicts occurring simultaneously. Soldiers learned to be diplomats and strove to understand tribal affiliations and culture. Knowledge was every part a weapon as the M4 carbines we carried.

When Military Analogies can Work in Marketing

For many years I’ve likened PR to indirect fire — mortars, field artillery, or even Tomahawk missiles — as the battlefield preparation for sales, or the analogous infantry.  It’s a lot easier to storm a beach softened up by heavy fire, as it is easier to make cold calls when the receiver is familiar with a business.

On one hand, in the sense of education and breaking down sales barriers, it makes sense. On the other hand, it’s ridiculous to compare what we do to the enemy as what we hope to build with prospective customers.

Yet there’s an area where it works — and that’s in planning. The operations folks charged with synchronizing intel with maneuver units, command and control, and logistics.

In military parlance, we discuss the IPB, or intelligence preparation of the battlefield. This is where the spooks, the intel folks, as the infantry affectionately labels them, for their outlandish paranoia, identify a number of factors that can influence the stage of the battle. I tend to think of this in the context of Porter’s Five Forces.

These are both competitive and environmental considerations — which I’ll loosely place into three categories lest you fall asleep like most Soldiers do, officers included, in such classes:

Such considerations are further broken down into numerous and detailed sub-components that are designed to systematically analyze what we are up against. The charts and graphs that are produced out of such analysis would make product management’s head spin. They are often the output of weeks, if not months of effort, or time business simply does not have, though I’d point out the costs at risk are far greater than revenue or profit margins.

Initiative is action in the absence of orders.

When the Plan goes to Hell

There’s an old cliche about the plan going awry the first minute a round is fired. It’s true, but American doctrine has a solution to that that perplexed our Soviet-style top-down command and control rivals for the better part of 50 years.

This solution is the task and purpose. Every mission statement, from a division commanding general of 15,000 troops to the squad leader of eight Soldiers, contains the task to be achieved and the purpose for the task. The philosophy behind this is if every leader of a unit is eliminated, the lowest Soldier on the ranking chart understands the gravity of what is at stake.

Initiative is action in the absence of orders — and that’s precisely what is expected. As the Marines say, “adapt and overcome.” The plan may have been lost, but if we understand what needs to be accomplished, we can find a way. There’s a business lesson in this philosophy for empowering our employees with deviating from the plan.

An army on the move needs sustainment. Food. Water. Fuel. Bullets. Amateurs talk about tactics, as the cliche goes, experts talk logistics. Arguably such a mistake turned the battle for the doughboys in World War II. Hitler overstretched and stressed his supply chain. He gambled and lost. Patten exploited the mistake at the seam.

Space for time — and surprise — is a strategy that more than 200 years after Washington turned the tide of the American Revolution, the insurgents of Iraq and Afghanistan would use on American forces.

An overconfident force fresh off the victory of Desert Storm, where the newly minted GPS and night vision devices, enabled General Fred Franks to navigate an unthinkably large element — a corps — to flank an Iraqi Army in a desert absent landmarks. We dashed to a three-week victory in OIF, only to realize that a vindicated General Shinseki, had been right.

That is until the U.S. Army, and arguably also the Marines, who in my opinion given I’ve worn both uniforms, are institutionally more adept at small wars, pulled off what is arguably the biggest pivot in organizational thinking in history. In Army circles today, there’s talk of returning to a conventional mindset and instilling a “cantonment mindset” of Soldiers.

Personally, I find this thinking deeply flawed and troubling — to take the most seasoned and experienced Soldiers we have ever had as an institution and ask them to forget what they have learned the past ten years — to ensure they can wear a belt to the color of one individual’s liking.

The larger point is, there isn’t a military in the foreseeable future that would desire to go toe-to-toe with America in a conventional fight. They’d lose and in short order. The better strategy is to trade space for time and wear down a fickle and impatient American public. That’s how you beat America, *if* you can beat America.  The ingenuity of American servicemen and women is hard to quantify, but we know it when we see it.

It’s also how start-ups knock down bellwethers. Even so, likening marketing to war is a stretch.