Home > Social Media > Why Google+ is a Better Place for Brands

Why Google+ is a Better Place for Brands

Google+ is the #2 network according to eMarketer

“Google+ is like a gym,” began the Facebook status update. “Everyone joins it but only few use it. [sic]”

Lately, I’ve noticed people that make such broad statements have weak or little activity on the social network, but there’s little doubt it has grown.

Recently eMarketer published a post with a headline that stated Google+ had topped Twitter as the #2 social network in a survey of 2,500 U.S. Internet users conducted in March 2013:

The site had the second-highest number of account holders among both men and women, leading Twitter by approximately 10 percentage points for both genders. – eMarketer

Google+ hasn’t existed long enough to reach toddler status, yet the critics have already marked it as a failure. It’s amazing, really, because if a startup social network gained such traction it would be a media darling. However, since it’s Google, the standards, vague as those might be, are set higher. Invariably, it always returns to a Facebook comparison.

How many Facebook status updates produce this result in search?

Can Google+ top Facebook as the most frequented social network? The very question indicates the originator doesn’t understand what Google+ is attempting to accomplish. Google calls it the “social layer” to it’s business — and it’s business is categorizing and indexing the web so users can find things.

Google+ is literally the blend of search and social, which in many cases means when we search for something, we can see some results from people we know and trust on Google+. Think about what that means for researching products and services: it’s an implicit recommendation (for better or worse) appearing in the initial search results.

A brand that has faced a positive or negative recommendation from an authoritative Google+ power user will soon discover this is a fact. It’s like Yelp on steroids.

By contrast, Facebook is a closed network. We visit Facebook to check in on friends, but when we need to find something — an explicit expression of need — we step out to search the web. Ever try to search for something on Facebook? The results, even with the new Graph Search, are weak and irrelevant, because the network covers just one tiny corner of the web.

Facebook has one billion users — there are some 10 billion devices connected to the web — though there is some duplication since, for example, I possess four devices. Even so, I search from every device depending on where I am located and it’s a lot easier to double a million than it is a billion. Two billion will be a stretch — even for Facebook.

Google+ is reaching even the critics whether or not they are aware of its impact.

Engage on the Platform Your Customers Choose

If social media has upended the marketing world, then there are two overarching points. First, the paradigm shift of new media is that in the traditional world, the period at the end of the last sentence was the end of the story. Today, it’s just the beginning.

Second, it has flipped market research on it’s head. It used to be that marketers developed carefully crafted messages, tested them in focus groups, experimented with channels, communicated, analyzed and refined. Today, our customers are ahead of us — they have already shaped the agenda, place and the timing — and have done so quite openly for those that are listening.

In other words, our customers are already there, even if they are prone to misguided Facebook status updates. Google+ is reaching even the critics whether or not they are aware of its impact.

For those in tune with what Google is trying to achieve with Google+, then we know our customers already exist in search, in the sense that they use it. Perhaps the news that Google+ is the #2 network will convince the other marketers that their audience is already there.

Of course as a competitive marketer, I really don’t mind if other marketers don’t see the value. It’s a better place for brands. 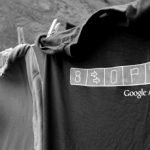 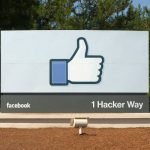 by Frank Strong Usually when Matt Cutts speaks he reminds me of the Federal Reserve's Ben Bernanke testifying before Congress:...