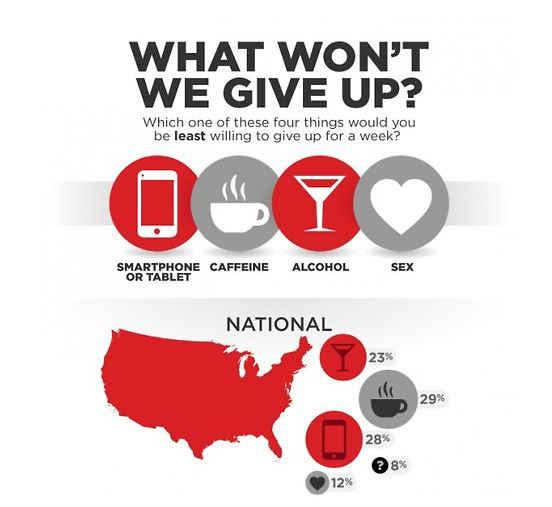 The use of the imagination or original ideas, esp. in the production of an artistic work

So as I’m perusing the web I try to make a point to save up links until I get to a point where I’ve got enough to share a snappy post.

And I’ve been itching to write this post because there are some really good ideas in here.  Here are seven creative PR and marketing ideas:

I’ve never met a PR pro that earned a mention in The Onion.  So when the online satirical bloggy-thingy-magazine broke the story that — 22-Year-Old Gets Job At Website — I had to check it out.  Given the national unemployment rate still sits well north of 7 percent, getting a job might actually be real news.  As it turns out the 22-year-old was Rip Empson and the website was TechCrunch.  Well, played TC, well played.

2. Choose your own adventure

Television may not be dead yet, but web video and mobile viewing like YouTube’s new subscription service are likely to chip away at the market share. This is in addition to the pressure from DVRs that enable viewers to skip over the ad-based revenue stream.  To stay relevant, TV programs are increasingly looking for ways to incorporate viewer interaction through social media. Hawaii Five-O might have been cooler with a Tom Selleck cameo, but the show invited viewers to tweet their choice of  possible endings. The catch? Viewers had to be tweeting during the actual broadcast to have their votes count.

3. Have jingle; will travel

It’s hard to find something sexy about auto insurance. The subject matter alone is dry enough.  Then there are the bills, the rate hikes, the endless phone tree mazes to talk to a real person, let alone when you need to actually use it, it’s likely to be one misfortune after another.  One insurance company aims to put a jingle on it: SafeAuto has run a music audition contest for five years in a row.  Ragan’s Matt Wilson reported in SafeAuto hits PR jackpot with jingle contest, that “SafeAuto’s contest has generated hundreds of thousands of votes and more than 200 video entries. It’s netted the company tons of attention on local newscasts, social media sites, and, perhaps most important, search engines.”

Big brand with large followings are lightening rods for hackers, mistakes and other mishaps.  Earlier this year both Burger King and Jeeps Twitter handles were hacked. Those stories, just months ago, may well seem long forgotten given the velocity and plethora of news in social media, but it was quite the buzz for a week or so.  The creative part is when the dust had settled, both brands recovered with grace.  @BurgerKing tweeted @Jeep “Glad everything is back to normal.”  Whoever was managing the Jeep handle didn’t miss a beat and responded, “Thanks BK.  Let us know if you want to grab a burger and swap stories – we’ll drive.”  MediaCupla has screenshots in a post titled, Burger King and Jeep turn Twitter hacking into PR opportunity.

Few cities have been rocked as hard as Detroit during this protracted recessionary season.  So when local PR firm, Lambert Edwards & Associates, invested $1 million to build out a new office, which was news alone. However, the firm went further with the foresight to take time-lapse photography of the build out and released it in a video that is pretty cool. 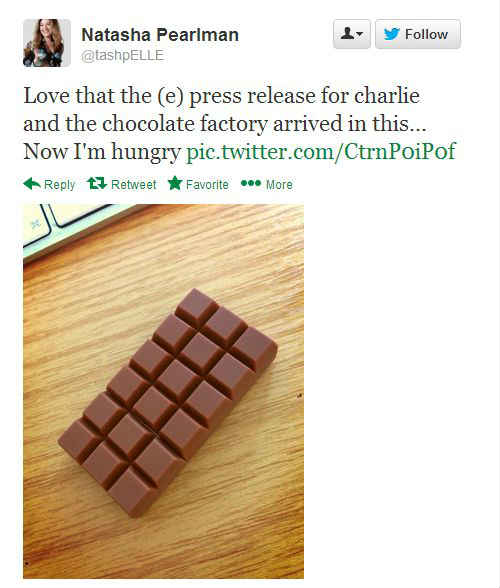 It’s one thing to put out a press release to announce a new musical performance, but when that musical is titled Charlie and the Chocolate Factory, the only thing paper is good for is a wrapper. A marketing agency in London, The Corner Shop, wrote their client’s press release in chocolate — and new twist on an old tool wrote Iliyana Stareva.  Dressing up releases comes with a caveat:  the packaging is no substitute for a good news angle. “Put packaging after getting the content right,” tweeted veteran journalist Erik Sherman. “Otherwise, you could be chocolate coating a dog turd.”

Agency Polaris B PR suggests sex in the headline was enough to earn attention when the Confectionery Manufacturers Association of Canada (CMAC) conducted a survey. Perhaps, but I think it was the facts about sex, not just the word sex that defied expectations. The survey found that some people would give up sex before giving up their smart phones or caffeine. That’s pretty astounding actually and CMAC dressed up the results with an infographic.

What creative PR ideas have you spotted lately? 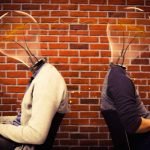 Is Creativity a Skill or Talent? And How it can be Learned and Lost [UML]

Everyone has their methods for coming up with blogging ideas -- or in screwing up their blog strategy. Some prefer a strict...