eMarketer reports and optimistic outlook for spending on native advertising.

Usually when Matt Cutts speaks he reminds me of the Federal Reserve’s Ben Bernanke testifying before Congress: he speaks in broad terms about a philosophy and leaves the pundits to interpret the details.

This probably isn’t by choice, but by design because the words of both men hold a great deal of gravity to so many people. The latter can boost or tumble global financial markets, while the former has a similar impact on online marketing. However, one can arguable say both men speak to a digital form of currency.

That currency is dollars for one and links for another, but yesterday Cutts spoke out with unusual clarity about both. Links in exchange for dollars, he pointedly said, don’t mix.

Google’s Web Spam team lead was speaking of course about native advertising and in a video bluntly titled “advertorials” he warned that publications running advertisements, which are designed to look and feel as if they are editorial content, may face stiff penalties. In fact, he warned that Google might go beyond just removing the offending content and remove an offending publisher’s entire site from Google News.

The “native” in “native advertising” might be likened to learning another language so well, that a foreigner speaks the new language with the proficiency of a native. Advertising and editorial content are in fact very different languages, but some editorial publications, including Forbes, The Atlantic and The Washington Post, are increasingly experimenting with advertisements that are nearly impossible to distinguish from editorial content.

What’s especially interesting about Cutts video is that he addressed more than just “follow” vs. “nofollow” links and discussed factors that might include lay out and design: A reader must be able to distinguish paid content from editorial content. In other words, native ads are the new advertorial and should be labeled as such in a manner that makes it clear to the reader.

(1) Search Engines: If links are paid for, i.e., money changes hands, then links should not pass PageRank. You should nofollow links in Advertorials.

(2) Users & Readers: It should be clear to your readers that this is a paid story by labeling it advertisement or sponsored story.

Why a Video Now?

Cutts has spoken out on native advertising several times before and Google’s guidelines for websites and publishers have been clear for many years; this isn’t a new or a change in policy. So the question remains, why a high-profile video now?

Misleading as they are, native ads reportedly perform effectively.

eMarketer published a report just a few weeks ago titled, All Eyes on Native Advertising, Despite Uncertainties, which forecasts spending on native ads to double from $2.36 billion this year to $4.57 billion by 2017. To place this in context, spending on display advertising, the banner ads a reader might see on a site, currently sits at $3.7 billion according to the same report.

More importantly it’s arguable that native advertising, because of its editorial disguise, is more effective. When compared against primary key performance indicators (KPIs), many survey respondents said native ads were much more effective than other forms of paid promotions.

Consumers overwhelmingly call native advertising deceptive. In a poll referenced in eMarketer’s report, an overwhelming 86 percent of respondents called sponsored video ads that are designed to appear like content misleading.

eMarketer appears to me to be a proponent of native advertising when it calls this form of paid content “misunderstood” but make no mistake, native advertising is misleading. It is the intentional deceiving of readers and a violation of trust that sits at the very core of any editorial driven publication.

While news outlets may be struggling to evolve from print to digital formats, native advertising is a shortcut that carries dangerous risks. Imagine if a publication like The Washington Post had its content removed from web search or Google News? It would cripple the business virtually overnight and be a PR disaster.

In case any publications want to take their chances anyway, Google’s provided more than fair warning: there are few details left for the pundits to interpret. 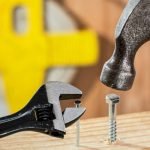 The Competitive Edge of Marketing Tools Stems from Application [UML] 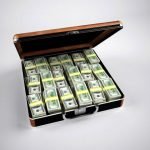 Marketing Spend: What Would You Do with an Extra $5 Million? [UML]

Aim for Mediocre Because Everyone Else Sucks

Crisis can be good PR, at least according to a study of 3,000 randomly selected Google users -- Should Your...