Home > PR > Aim for Mediocre Because Everyone Else Sucks

Aim for Mediocre Because Everyone Else Sucks 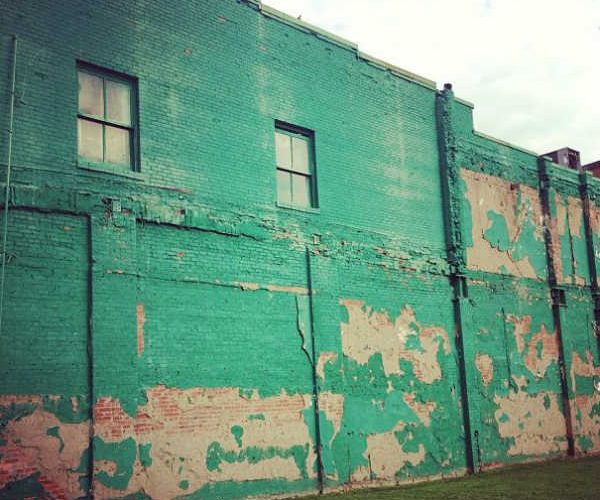 Crisis can be good PR, at least according to a study of 3,000 randomly selected Google users — Should Your Brand Take a Stand — published by WrightIMC.

When asked, “When I make a purchase, I consider the social stance of the company that makes the product I am purchasing,” this is how responses added up:

In other words, 61% of respondents said companies with controversial points of view did not affect their purchasing decisions. Based on my experience, I suspect it’s actually far greater.  Try and identify a brand name company that went bankrupt after a social media crisis.

“Overall, our survey results show that the majority of consumers either didn’t want to answer the question or are apathetic about a company’s stance and chose to answer “Neither Agree nor Disagree” on both questions.”

Reporter Matt Wilson, in a post for Ragan’s titled Why controversies might be good for brands—study, and citing high profile social media conflicts, such as Chick-fil-A and Starbucks, sums it up nicely:

“Though PR people certainly remember those incidents, most in the public forget them soon after they happen, according to a report from marketing consulting firm WrightIMC. It found that, largely, brands that stick to their positions may face an initial dip in sales in the month or so after a controversy, but soon afterward, the increased attention the stance brought the brand is actually beneficial.”

Whether you agree or not with the positions of such brands, it takes guts to stay the course, albeit sometimes it takes stupidity too.  While such conflicts glean headlines, there are pockets of events every day on social and how they are handled makes the difference.

At the time of this writing, this blog was hosted by MediaTemple, which was the hosting service my web designer recommended. MediaTemple is a little more expensive, a bold move in and of itself in a market with competitive prices. My rationale was simple: pay a little more, get better service. I have, up until this point, recommended the company many times both on and offline.

However, in recent months I’ve seen several outages. They are usually short in duration and initially, I was impressed by MediaTemple’s public response.  Honest, open and responsive. Last night, however, I saw another outage and that has changed.  There were two things that crossed my mind:

1. Why am I finding these before the service provider?
2. Why are these outages not communicated to the customer?

It boggles my mind that businesses can bill customers with precision and yet they can’t tell them the status of their service. It’s easier to just have you submit a ticket and they’ll get to it when they can — internal service providers are the worst at this; there is little alignment with the business.

Second, MediaTemple, responding from their support handle on Twitter with 1,700 followers, told me the company had in fact communicated the outage.  Instinctively I went to their primary Twitter handle, with 40,000 followers, and didn’t see any such message. The support folks responded with a link to a microsite, which does in fact report service status updates, but unless a customer asks, they’ll never find it. There’s no link on the home page — at least not one I could find at the time of this writing.

What happened here is clear to me:  the company buries outage updates on a back page. This gives them the ability to say they are reporting, but really, it’s just posturing.  If they really wanted to keep customers informed, they’d do it on the social channels and web pages where their customers actually look.

Why do this? Because they don’t want customers, or competitors, or the media to know when they actually have an outage.  They don’t want it to be a story, or a post, or a screenshot in a competitive sales email.  The thinking is — why make a big deal of something that might be fixed before the customer even knows about it?

This approach might have worked a decade ago, but the hyperlinked and searchable web makes this an approach long overdue for retirement.  Customers will find out anyway and be annoyed, if not outraged, they had to go looking for answers instead of getting the straight story from their service provider.

There’s another reason:  we live in strange times where people strive to be brands and brands strive to be people.  If brands want to be humanized, if they want to put a face on the brand, they have to drop the little white lies.  Nobody wants to do business with the person that tells fibs at the local tech cocktail hour — why do it in social networking?

This isn’t a gig on support staff — those at MediaTemple — or otherwise. Support is often a thankless job in the social media age and having had more than my share of social media crisis in a prior life, I can attest first hand it’s not a pleasant experience dealing with an angry customer on Twitter or Facebook.  It’s draining.  It’s taxing.  It saps energy. It keeps support, marketing and PR, and sometimes development resources, in a perpetual state of reaction, never to get ahead.

It is about culture.  A culture that rolls straight from the stubborn top.

Try this:  identify a brand name company that earned a reputation for honest customer service on social media.

How about FedEx?  Zappos? Southwest?  Easy isn’t it?

Crisis is a Golden PR Opportunity

Humans aren’t perfect and a humanized brand won’t be perfect either.  Things break, people turn the wrong dial and code will have bugs. That’s only part of the equation — the other part is how we manage those events.

Socialmedialites toss around words like “transparency” and “authenticity” which by far and large have run the lifecycle in buzz word bingo. I’m still a believer:  the brands that truly put customers first, the ones that own up to mistakes will be more successful in the long run. This is because over time, the comments, the posts, the chatter and the referrals that come as a result of honest communications will result in overwhelmingly positive comments that outweigh the negative.

This is why negative comments are an opportunity.  It’s why Yelp is the new front page.  It’s how companies like Zappos…become Zappos. It takes pure guts to set out on this path and stick to it and few companies do it well. The pressure will mount every day with executives second-guessing such a policy.  However, it’s this very fact that makes honesty a truly refreshing approach — outstanding in the sense of apart from the rest.

There just isn’t a whole lot of competition for transparency. Sadly, it’s also why Scott Stratten says, “Really, to be great at customer service, you only need to be mediocre, because everyone else sucks.”

Note:  Since the post was published, I have long since changed web hosts.

Tchotchkes: Marketing Starts After the Give Away

Note:  This is an exceptional guest post by Matthew Powers of Blue Soda Promo. Matt had pitched another idea, but...