Home > PR > Should the Taxpayer pay for Public Relations?

Should the Taxpayer pay for Public Relations? 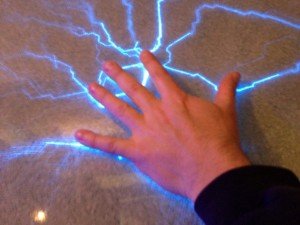 To inform or persuade?

As the national debt approaches $17 trillion dollars — that’s about $50,000 per citizen — how do you feel about the government spending tax dollars on public relations?

Amid the tussle of sequestration, the National Cancer Institute (NCI) which is part of National Institutes of Health (NIH) found itself in a bind over it’s PR spend recently.

According to an O’Dwyer’s report, House to Probe NIH PR Spending (sub. req.):

Two House committees have kicked off an investigation into PR spending at the National Cancer Institute after an editorial in the respected journal Nature questioned spending in the NCI’s office of communications.

How much is NCI spending on PR?

The actual editorial in Nature, which is simply titled Cancer costs, the NCI spent $45 million or “almost double what the US Food and Drug Administration spent on communications, including drug and food safety announcements.” The editorial which cites a cancer research bulletin later states, “As The Cancer Letter has pointed out, the OCE’s 2012 allotment would cover more than 100 coveted R01 research grants.”

According to the NIH’s website and Ro1 research grant is defined as:

The Research Project (R01) grant is an award made to support a discrete, specified, circumscribed project to be performed by the named investigator(s) in an area representing the investigator’s specific interest and competencies, based on the mission of the NIH.

Think small grants to motivated researchers with a good idea.

NIH serves an important purpose — and I have little doubt the value of communicating their work — it would be farcical to perform research, form conclusions, but not share it. However, there’s also a rational question: what are we — the taxpayer — getting for that $45 million? That’s precisely the focus of the congressional inquiry.

The government spends quite a bit of money on PR: NASA spent about $18 million on PR efforts for its Mars Rover mission last year; just before tax season in 2012, the IRS issued a $15 million RFP for public relations, and on any given week, we can find numerous RFPs across federal, state and municipal governments: Nebraska Reviews Tourism PR.

When is it appropriate for the government to spend on communications? Is there a difference between spending to inform and spending to persuade? How clear is that distinction?

Don’t text and drive campaigns seem easily appropriate public safety messages, but how about more controversial topics like Weber Shandwick’s tag for the Affordable Care Act? AdAge is careful to note, “Weber Shandwick’s contract is limited to work on the rollout of Obamacare and it’s not likely the agency will be involved in defending the administration in the latest dustup over Obamacare.”

Like it or not, the 2,000+ pages of the Affordable Care Act is in fact now law. Should not laws be communicated?

Every few years government spending on PR surfaces as a debate. Academics discuss the Gillett Amendment, pundits on both sides of the isle chaff at the spend and now and again an inspector general issues a report. But we never really answer the question.

With respect to the NCI, mind you I’m a PR pro who lost my father to brain cancer, $45 million seems to me, if not the prestigious journal Nature, excessive vis-a-vis 100 research grants that might produce a cure.

Do we share what research we have in hopes of finding a cure, or do we invest in research that might find a cure that never gets shared? Are these mutually elusive or is there middle ground?

Don’t Sell Past the Close: 6 Lessons PR can Learn from Sales

Don’t sell past the close. The first time I heard that phrase I was pitching a former boss on a creative PR idea....