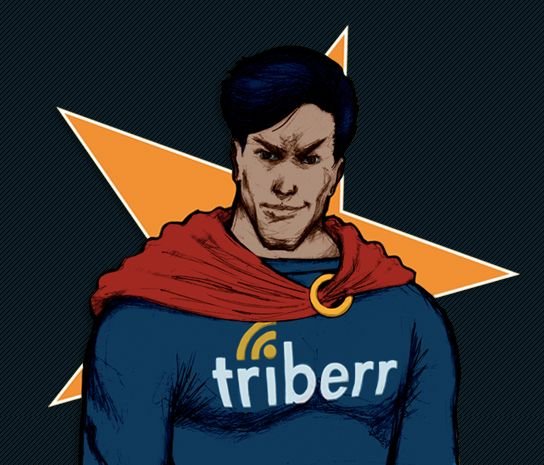 Twitter and Facebook killed blogging because it took the conversation out of blogosphere and moved it to social networks. That’s Dino Dogan‘s thesis — and it is a founding thesis for Triberr.

He’s not alone in his thinking — it was an often repeated refrain a few years ago — and the demise of Google Reader has resurrected the “end of blogs” discussion.

Google Reader’s shutdown is not the end of blogs — there are plenty of RSS alternatives caught the news tail. There are nearly a dozen good alternatives and at least one, Feedly has scored nearly one-half million new users as a result.  That’s 500,000 vocal power users and Google’s golden opportunity to earn good will walking out the door.

A Different take on RSS

I joined Triberr at the urging of Steve Farnsworth, who personally prodded me to experiment with the platform.  I balked initially because I simply didn’t have the energy for yet another social media platform. Some time ago, I relented and have grown actively engaged in the community and in many cases, have helped other bloggers, even as they have helped me.

For example, I’ve “met” Jack Steiner, who by his own self-description says he makes “crazy look normal day by day.”  Indeed, if you peruse Jack’s blog you’ll understand why the line between crazy and genius is painted in gray.  I’ve seen Jack around online quite a bit, mainly because he was active in the comments on SpinSucks, but I probably would never have dived as deep into his content without Triberr — and I’m glad that I did.

This is because, in many ways, I use Triberr like an RSS feed — and it has introduced me to bloggers I might not have otherwise met.  Dogan himself chatted me up a few days ago on Skype to mention Triberr is close to releasing a new Read Window, which is another phase of the new Triberr design the service just rolled out.

This will enable in-page browsing like an RSS feed — in a way very similar to Google Reader’s functionality.  The good news for information consumers is that this will eliminate pop-ups and other annoying interruption marketing techniques.  The bad news for bloggers is that it might hinder measures to capture more email addresses, existing advertising programs like display ads, or other monetization efforts.

But bloggers should hold out because there’s a business model in the works which will benefit both Triberr and bloggers.  After all, as Farnsworth wrote, Triberr is how How Bloggers Can Grow Each Others Readership.  Had I written that title, I might have made a subtle but important change — from readership to relationships.

Before the advent of social networks, that is how the blogosphere worked: by way of links. It was the link economy, or if you prefer, the trackback community. Links were a subtle mystery that skipped by an entire generation of PR pros who woke up to Twitter. Google built a businesses on it when its rivals were not looking.

“If you wrote a blog post, and I wanted to alert my audience of your post, I would write a post of my own, and link to yours,” wrote Dogan in a post last year titled, How Twitter and Facebook Destroyed The Blogosphere. “Google loved this, because backlinks were -and still are- at the heart of Google search algorithm.”

Triberr changes this by enabling bloggers to alert each other in a similar fashion through the Triberr platform.  You can comment on posts, share a post on a number of social networks, and for those that have the Triberr plugin installed in WordPress, you can ReBlog in a fashion similar to the feature on Tumblr.

Triberr pitches its ReBlog feature as a means for publishing more content. For those worried about duplicate content and crediting the source, the service is careful to note reblogging through Triberr provides a canonical link back to the original source.  In addition, it is only available to bloggers that have installed the plugin on their site, so permission is explicit. 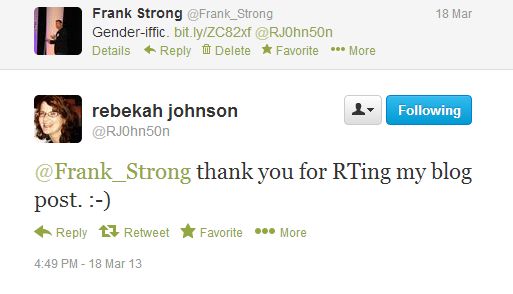 Technology innovations almost always come with unintended consequences.  For example, atomic power, which was intended to be a source of clean energy, has been modified to make devastating weapons.

Likewise, Triberr has a perception of reciprocal sharing, which leads to users blindly approving posts to be published on their Twitter accounts, without actually having read the content.  In my opinion, it is definitely a gray area and it is a problem the service will have to work through.

On Triberr or not, I’ll only tweet posts I have read.  Maybe I agree with the point of a post, and perhaps I do not, but as a general rule, I’ll only share links to content that move me in some way.  I do not have a large following on Twitter, or any other social network for that matter, and while I’m not going to drive a ton of traffic, I’d like to believe I’ve invested in hard earned relationships in social media.  I follow people I’m interested in hearing from and, perhaps idealistically, believe that is also why those people in turn, follow me.

Clearly, this is my personal viewpoint — and Tweeters and Triberrs (Triberrers?) alike can choose their own path.  Triberr provides a variety of features that enable the user to control what they post.   For example, users can mute posts from their stream from bloggers that are publishing content they find irrelevant, they can choose to join or leave a “tribe,” and ultimately it is the user that bears the responsibility for clicking Triberr’s approve button.

In many ways, this is about content discovery: finding new bloggers, new ideas and creative thinking. If there is a magic to social media, regardless of platform, this is it. 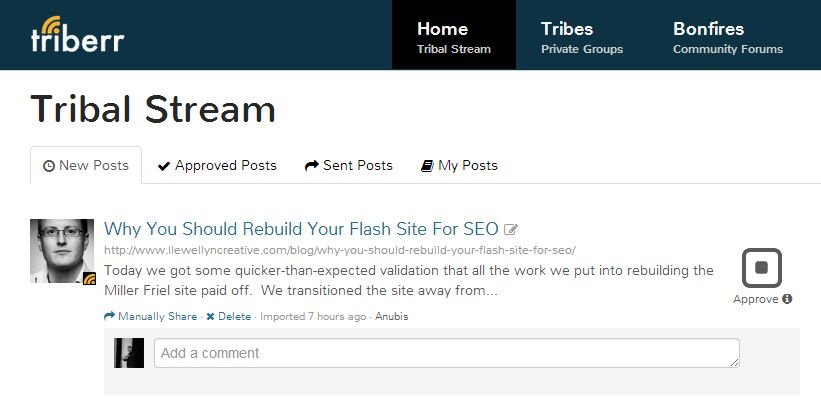 Triberr has a range of options for monetization — and one of the most intriguing of which Dogan explain to me would work something akin to a display ad network you might find in Doubleclick.  Under such a model, Triberr would sell ads on its network of bloggers that sign up for the program, pay the blogger for space, and take a piece of the cut.

Triberr appeals to bloggers that are not A-List — that ship has long since sailed — and a testament to the A-Listers that were on top of the trends.  Right now, growing a community around a blog or on a social network is an uphill battle and Triberr can help. Triberr is focused on what I call the magic middle:  the folks who are engaged in the trenches every day, who might have a gift for writing and brilliant ideas, but never had the time, resources or knowledge to promote their content.

Yet, I find these are people that put considerable sweat equity into their work and are rewarded with a great deal of influence in a tightly networked, but small community.  One thing the web has taught me is that there is an amazing population of really smart people to be found.  However, it is the small community that gets passed over as starstruck brands are focused on the size of a following.  For many it’s about reach, and changing that perception is an equally daunting uphill battle, but for brands that are aware, this represents, in my view, a tremendous competitive advantage.

Long ago a supervisor taught me one the essential principles to be successful in PR was to treat people with dignity.  What he meant was treat every reporter as if they worked for The Wall Street Journal for two key reasons:

Today, the democratizing effect of the web means those principles also apply to bloggers and indeed to the everyday consumer. I’ve seen it over and over, where a detailed review by a customer, or actual user, can have a much bigger impact on a sales cycle than a less descriptive post, in by a larger publication,  or by blogging personality, that took only a cursory joy ride. 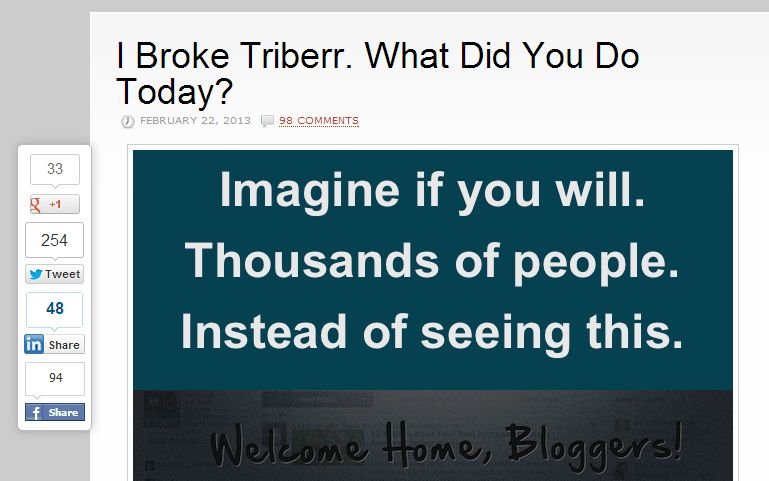 Triberr is incredibly forthcoming with it’s growing pains — and it’s refreshing to see the services openness about its problems.

The Best Kept Secret in Blogging

As I’ve watched Triberr grow, with some two million users now,  one fact that amazes me is the paucity of coverage.  There isn’t a single post about Triberr on Mashable, TechCrunch or The Next Web. In May of 2012, ReadWriteWeb gave the company a small mention in a trend post about Twitter features.

Why?  On the web, attention is a form of currency, and it is finite. Dogan asks why would anyone promote a tool that may only enable the masses in the magic middle to take a larger share of that attention?  “It’s the biggest secret A-List bloggers don’t want you to know about,” he said.

Personally, I think Triberr is onto something and it is set to make a big splash groundswell style.

by Frank Strong Google announced it's shutting down Google Reader. The company cited declining usage of its aggregation service as justification for killing it come...