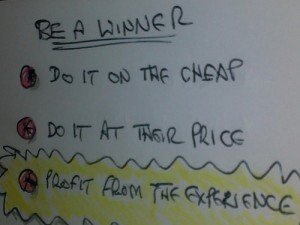 It’s not every day a company provides amazing service.  When a company does provide good service — it usually blows our mind because we are so accustom to lousy service:

Customer service and support is usually so bad, that when a company provides great service, we often feel compelled to share it.  Perhaps we do it in a Tweet, a Google+ post or a Facebook status update — and to that extent, customer service trumps PR in earned media.

Livefyre is a commenting system that in my view is far ahead of its peers.  Like Triberr’s founding thesis, Livefyre says its goal is to bring the conversation, which departed comments for other corners of the social web, back to the publishing site.

When redesigning this blog about a year ago — migrating from Blogger to WordPress — I was considering Disqus as the commenting plugin, but both Danny Brown and Gini Dietrich indirectly persuaded me otherwise.  They both have complemented the tool — Danny the prodigal son and Gini’s glowing review — but more importantly, I’m fairly active in the comments of on their respective communities and experienced Livefyre first hand.

Simply said, I loved it.  It was a bonus when I discovered the implementation enabled me to retain the many comments originally published through the Blogger platform. 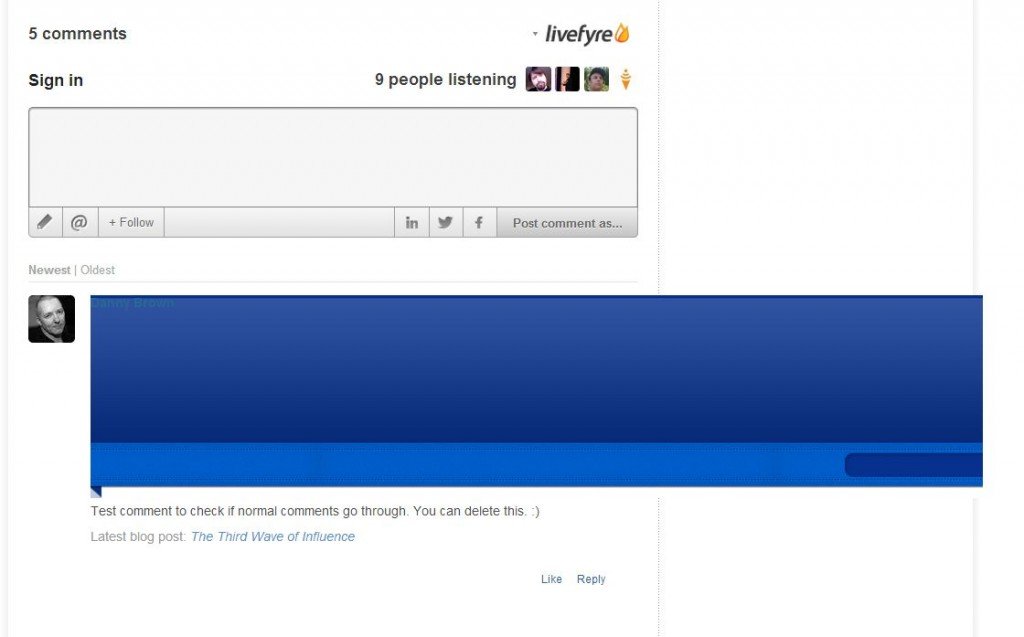 Danny Brown graciously helped me trouble shoot why upgrading to 3.0 was a disaster, but ultimately Livefyre’s support saved the day. Danny said they would.

Recently Livefyre rolled out version 3 and WordPress prompted me to upgrade, which I did.  The results were a disaster.  The spacing was off, the template was distorted and quite frankly, it was embarrassing to respond to comments.

I submitted a ticket through Livefyre support and they responded — but the subject line on their email response caused the email to be flagged as spam and I never saw it.  Unknowingly, I waited patiently for several days…stewing…and finally took to Twitter to ask for help.  Livefyre responded quickly and soon put me in touch with support.

Today I know, the problem was with my template, my CSS code was “stepping” on the Livefyre code.  Support sent me a link on how to fix the problem and I tooled around in WordPress for about an hour trying to figure it out. But there was one big problem. I can’t code.

Given unlimited time and an internet connection, I can muddle my way through HTML to resolve a problem, but this was beyond me; I wanted to explode.  It was all I could do to resist bashing them in one carefully crafted and angry tweet.

I looked for a work around.  I cleared my cache as Livefyre’s support page suggests.  I tried responding to comments by email. I tried using Livefyre’s admin panel (tip:  you can edit comments using this panel, for example to remove spammy links like this one). Finally, I tried responding in the WordPress dashboard.

The older version of the comments worked perfectly and had I known in advance that upgrading would cause this problem, I’d have never upgraded.  Now I’d have to hire someone to do the work (I am still looking for a developer to help me out with other projects if you know someone).

Livid, I wrote the tweet but did not publish it. I wrote it again.  Paused.  And deleted it — again without publishing.

Livefyre is free.  I don’t pay them a dime.  I pride myself in being more disciplined than that.

Still I felt suckered because the commenting system is such an intricate part of my blog, which humble as it is, I put a lot of work into it.  Further, I dislike Twitter rants — and more than once I’ve been on the receiving end — and think they often reflect more poorly on the person ranting than the company they are ranting about.  So while, I refrained from stating this publicly — but expressed my sentiment privately in an email. 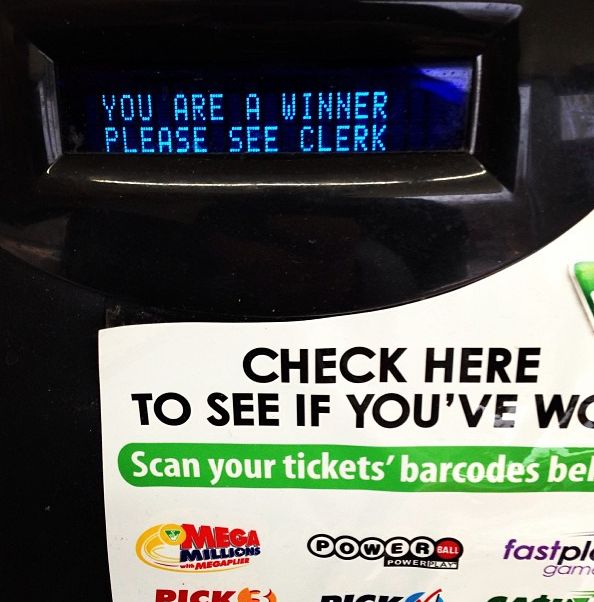 How Customer Service Can be Unbelievably Good

In the wee hours of the morning, I received an email from Mike.

I’m Mike, a support engineer over at Livefyre. I can help you get everything back in order if you would like to keep using Comments 3. All I would need is access to your credentials to WordPress admin panel. If you wouldn’t mind creating me a temporary account, I would be happy to go in and fix this. If you would just like to revert back to the Comments 2 plugin, I can help with that as well.

That’s amazing: Mike would edit the code for me — but I’d have to give him access to this site. I’d save the money and get the problem resolved much faster, but it was still a risk.  Since I have no ecommerce applications on this site, I figured it was a calculated risk.  I gave him the credentials — not once — but twice to fix the problem.

I was so grateful — and impressed — I asked Mike if there was something I could do for him.  His response? “They pay me to do this stuff.”

Imagine that:  Here is a company that doesn’t earn anything from me and yet provides a incredible support.  They pay a support team to help free users and at the last waypoint, Livefyre had some 10 million users.

The Tortoise and the Hare

With 10 million users how is this sustainable?  There are several business models Livefyre could follow with users like me — I’d gladly pay $10 a month for the service.  They could charge for premium support, RedHat style, for the service Mike provided.  I’d pay to download an iPhone App that allowed me to managed comments on a mobile device. Livefyre could follow the Akismet model, a service that filters spammy comments, where users “pay what you want.”

I voluntarily gave Askimet $36 this year — the company’s suggested payment — for using their service.  There are 36 spam comments sitting in my spam folder that Askimet filtered.  Comments with spammy links such as, “Great article about social marketing ideas for insurance agents.” I have never written about insurance agents, but perhaps I should.

While I sent some questions to Livefyre’s PR and they asked for a deadline, ultimately PR never did respond, so I dug in.

Media companies, from the news publishers TechCrunch, Engadget and Pando Daily — to media sites of companies like WebMD, Tribeca and Tennis.com, subscribe to Livefyre.  Why?  Because as TechCrunch noted, “Commenters, We Want You Back.”

In February, the company raised a Series C round of venture capital funding, bringing its total raised to more than $20 million according to VentureBeat.  VentureBeat also points out that that this cash is more than double the amount of funding raised by it’s older sibling, Disqus.

“Livefyre gives brands and publishers the power to bring visitors back to their sites and build communities around their content,” said CEO Jordan Kretchmer in a press release announcing the funding. This is the core value proposition — a subtle but important difference — with enormous implications for publishers, like time on page.

“Making money is an excellent side-effect of successful businesses. But, it’s a terrible core purpose,” wrote Rand Fishkin in a post titled Why I Never Want to Have a “For-Profit” Business. Fishkin cites an analysis by Fred Wilson, an influential venture capitalist.

This appears to me to be Livefyre’s strategy too. 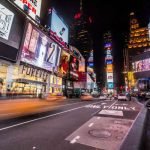 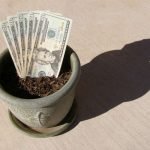 by Frank Strong The only thing boring about content may well be the creator. That was the message in a...