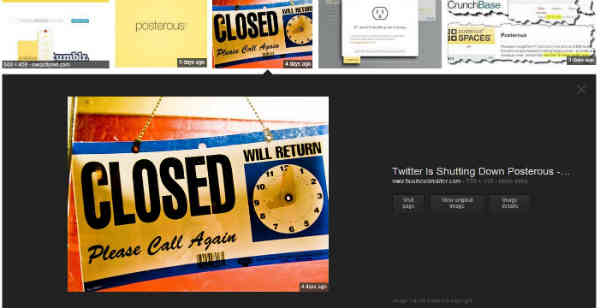 If I could offer you one piece of advice, it would be this: don’t bet your egg-nest on any one social media site.

Social media may never sleep, but it also won’t live forever.  At least not in its current form.

A former colleague once relayed a story about MySpace. They’d met with an advertising team and signed a big contract to spend a boatload on paid media on the site when the unexpected happened.  The next day MySpace filed for bankruptcy. 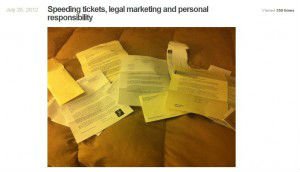 We’ve seen social media sites come and go.  Delicious, for example, died and went to heaven, only to be reloaded.  It’s a shadow of it’s former self.

There was a time when people didn’t write posts about the five things they read this week.  Instead, they used Delicious to automatically feed their blogs.

De.li.ci.ou.s  or.  something.  like.  that.   The name was hard to read, which made it harder to understand.  We don’t know what we’ve got until it’s gone.

Digg is another example.  The site was once a must-have tool for publishers because of it’s ability to drive traffic.   It became gravely ill, reinvented itself with a broken axle, and came out swinging with an creative PR move: a Reddit style “ask me anything” debut of Matt Damon.

It wasn’t enough.  Only Southies dig apples.  In a post titled, Digg vs Reddit: Who Succeeded and Why, Ann Smarty  wrote that power users and spam were the source of its demise.

“The number of people who could vote content up and down was low, and it gave too much power among too few users,” she wrote.  “In addition to the problem of power users dominating the site, there was a growing number of spammers.”

So much for the democratization of the web.  I’d write another supporting paragraph about Plurk, but the name alone might suffice. Did you know the site has a new front page? Mashable didn’t cover the update.

Social media may seem free.  It may contribute to a sense of entitlement.  For some it’s cool and for others it’s frustrating, but either way, the sites themselves absolutely positively have to find a way to make money.  Or they fail.

In March of 2012, Twitter announced it was acquiring the micro-blog platform Posterous.  Brian Solis’ description of his Posterous blog is incredibly apt for the platform: Greater than @briansolis but less than BrianSolis.com.

Posterous is between Twitter and WordPress for content that literally fills the spaces in between.  At least it was.

On a quiet Friday about a week ago, Posterous announced plans to shutter about two weeks after taxes are due in April 2013. Anyone missing Backtype or Backtweets could see this coming.  Lifehacker called it right and scrambled up a post on how to migrate from Posterous to another platform.

There used to be three reasons why companies make acquisitions:   1) to acquire new customers, 2) to acquire a new technology, or 3) to kill the competition.

The last few years it’s become popular to acquire a company for “talent.”  Ostensibly, that was Twitter’s rationale for acquiring Posterous.  It’s a risky and expensive way to find talent, and for the users, it almost always means certain death for the acquired service. 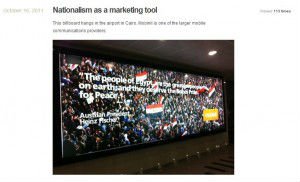 After the announcement, Ruud Hein published a post that underscored what it meant for 15 million bloggers who had created 63 million pages. It means all the time and effort those bloggers put into developing content is lost.

“Don’t use Blogger, Posterous (closing), Pownce (closed), Tumblr, Yahoo’s Geocities (closed), or any other service to publish your content,” he advises. “Not even if they let you use your own domain name.”

I agree mostly with his point, but since this blog started out on Blogger before migrating it to WordPress, I think Blogger, which is owned by Google, is a pretty safe bet.   Why?  Google doesn’t need to monetize Blogger: its model is based on indexing content.  Google wants us to create (good) content and Blogger is one way to do that.

Adam Singer takes Hein’s point a step further — it’s not just the lost content and impact on search, it’s the loss of hard-earned subscribers and hurts a brand’s credibility with a bad choice.

Singer’s words sting me personally as much the site’s shuttering.  Why?  Because over the course of several years, I’ve got 220 posts on Posterous.

These posts vary:  mini-rants, confessions, surprises, travels, tragedies, pop culture, fired-up passion, famous people, cool tools, and tips.  These are all the things in between, more than a tweet, as Solis might say, but less than a post.

I’ve used Posterous’ backup tool and did not find it all that valuable, save for saving photos. 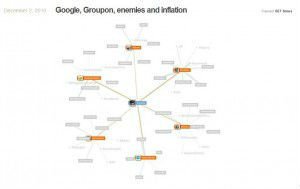 A while back I secured a Tumblr account, but only recently started experimenting with it more and more.  In many ways, I use it the same way I used Posterous, except in my view, Tumblr has a far more active community.  It’s more like a social network and less like a blog.

Posterous was trying to go there too, once; its fate now rests in promoted tweets.

Even so,  I still think it’s valuable to participate and contribute on these micro-blogs. If you are willing to add value to every post, it’s a great way to creatively repurpose content.   And that means trading the chance to connect and engage with someone new with the risk of seeing your time investment lost.

It’s always going to be that way with every social site you rent or share, rather than own.  The chances of success are half-luck — so are the chances of every other social site, Facebook included.

Social media sites, like friends, will come and go.  It’s a special few that will remain as a link to our past and have any likelihood of sticking with us in the future.

“Advice is a form of nostalgia, dispensing it is a way of fishing the past from the disposal, wiping it off, painting over the ugly parts and recycling it for more than it’s worth.  But trust me on the  sunscreen.”

Google+ Authorship is a Game Changer

by Frank Strong On the modern day battlefield there are three kinds of people:  those on our side of the...