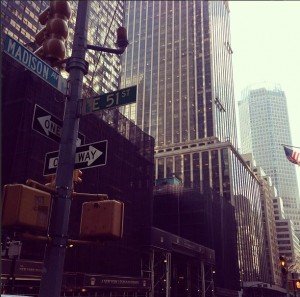 Last week Google reminded marketers about the basics in a blog post:  paid links must be distinguished as paid links.

Links are still arguably the single most important factor in PageRank and therefore search results.  The post was widely reported, earned a shout out on Inbound.org, but it leaves the question of why?

Why would Google’s top spam fighter feel the need to make such a post — especially after the widely felt effects, and subsequent buzz — following the Panda and Penguin updates?

Search Engine Land’s Danny Sullivan theorized it was a result of a UK-based publisher placing links in advertisements. “It is believed the reason Google has downgraded their PageRank scores is because they were selling links on a massive scale,” he wrote.

paidContent’s Mathew Ingram took this a step further and pointed to native advertising. Native advertising is the new advertorial with a twist:  it’s designed to look and feel like news content so that it doesn’t interrupt the information consumer.

We’ve described a number of times at paidContent how publishers large and small are looking for alternative sources of revenue as traditional advertising declines in value, and how some sites — including The Atlantic, BuzzFeed and Gawker — are experimenting with new ad formats such as sponsored content or “native advertising,” as well as affiliate links. On Friday, Google engineer Matt Cutts reiterated a warning from the search giant that this kind of content has to be treated properly or Google will penalize the site that hosts it, in some cases severely.

The Atlantic itself describes native advertising this way:

These ads look like articles. Essentially, they are articles. They have their own URLs and everything.

Native advertising is a lightening rod conversation in journalism circles.

This is the downside for information consumers too — the blurring of lines means its harder for the consumer to tell the difference between “news” and “advertising.” Readers will have a hard time knowing whether they are reading a report or reading an advertisement.

Links are an easy fix with a simple rel=”nofollow” tag and Google has made it clear that abusers will face stiff search penalties.  But how will it account for search queries?

In other words, will authoritative domains that are essentially reporting advertisements disguised as news continue to rank high in search? 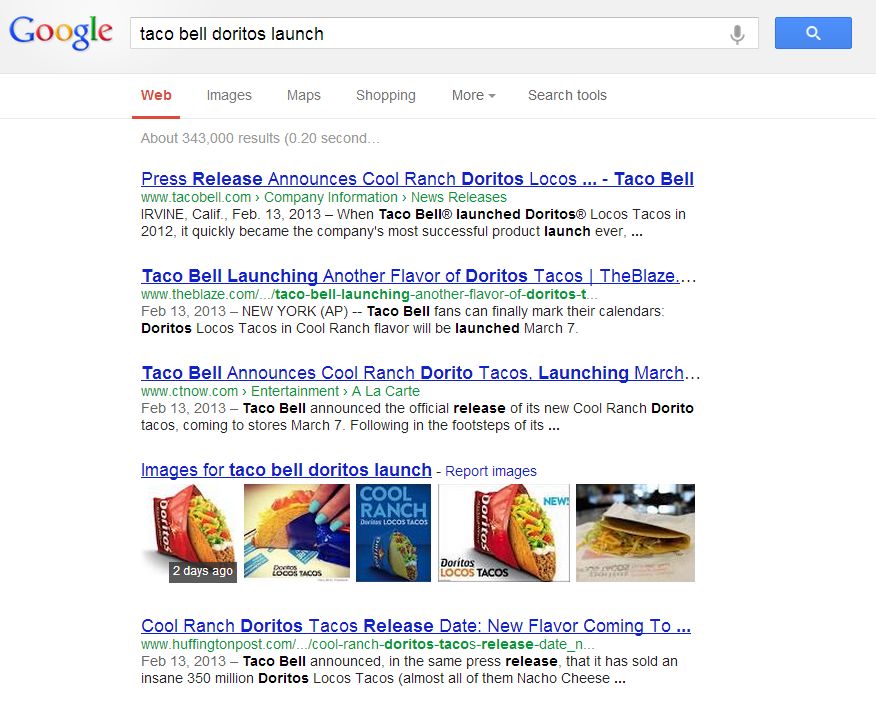 Congratulations to the team at Taco Bell for a great launch earlier this month for a new line of Doritos.  ABC News, The New York Daily News and USA Today, among many others, all covered the launch — and there is news value to it:  creative use of Twitter and Vine, the melding of two iconic brands and the general idea of keeping tabs on an innovative marketer.

Buzzfeed also covered the launch.  In fact the outlet covered it three ways — a pre-announcement, the announcement, and a follow up.  Buzzfeed has written dozens of stories about Taco Bell.  Some of these have been native ads, but by design it’s hard to tell the difference, and maybe Google has noticed too.

Using both personalized search, and an incognito search, I searched for the words “taco bell doritos launch.”  In fact I started to type something slightly different, but Google recommended these key words so I accepted them — and then looked at the results both in the web search tab and the news search tab.

Those are just a couple examples, but the larger concern for Buzzfeed ought to be that the site essentially didn’t exist in search.  Few people will scroll past the first couple pages in search.

Clearly this isn’t an exhaustive experiment, and while I’m no SEO expert, I know enough to keep reading when I don’t quite understand something.  This is enough to make me jumpy.

Despite the hype for social media, I’ve seen time and time again, that search is by far the top source of traffic.  When people are looking for information, they are conditioned to turn to search.

Personally, I find native advertising intriguing and the reality is publishers have to find another way to monetize if they are to stay in business.  However, for brands, I don’t think this is an innovation where they do not want to be first, but rather this is a chance to sit back and observe.  For now, I’m concluding that native advertising is like rolling the dice with Google.

If I could offer you one piece of advice, it would be this: don't bet your egg-nest on any one...