Google+ Authorship is a Game Changer 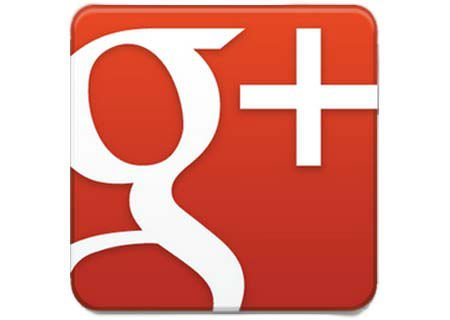 Stay with me, I’ll link this to Google+.

War used to be won by seizing terrain and holding it, but opposing sides also used to wear uniforms that distinguished one from the other:  you could easily tell friend from foe.  Today they blend in, because arguably, there isn’t a military force in the world that can go toe-to-toe with the United States in a conventional war.

The way to beat America is to trade space for time — and after paying a heavy price, we’ve grown wise to that.

To the American Soldier, that blend means a culture we don’t understand, using a language we don’t speak and making decisions based on values that are different from our own. We need more people on our side of the fence to win.  It’s the only way; brute force will only secure temporary gains.

To that end, the way to win isn’t to seize and hold new ground, rather it’s to win over those fencesitters.  Those on our side of the fence will deny safe haven and identify those attempting to blend with the mix.

This is how I view the digital media landscape shaping and Google+’s role in it.

Anything but a Ghost Town

Even just six or eight months ago, Google took a bashing that it’s third attempt at a social network was devoid of activity.  There are all sorts of user numbers — and the blogging community debates the veracity — but I can say from my own experience that engagement is up.

With a few exceptions, I’ve worked hard at finding new people to follow or engage with on a level that’s not possible on Twitter. Mark Traphagen, Steve Hall, Jesse Wojdylo and Anneliz Hannan are good examples of people I’ve connected with on my own Google+ account.

Google+ will be Google in the next five years

As, anyone active on Google+ can attest, that activity on in the social layer has reached new heights.  I’ve also observed tangible benefits: Google+ is often the second largest referral source to this blog, trailing only Twitter.   Not social referral source — referral source.  This is especially noteworthy because in the last couple months I’ve been experimenting with paid media on LinkedIn and Facebook to promote blog content.  In other words, earned traffic on Google+ has outpaced two paid sources of traffic combined.

My view is that anyone that writes it’s a ghost town is marketing anger in order to provoke a reaction:  it’s linkbait plain and simple.

The Social Layer will be Google

It’s easy to attempt to compare Google+ to a network like Facebook, but the reality is, Google+ has something very powerful Facebook does not: search.  There is no comparison.

Many dismiss the term “social layer” as Google-speak or jargon, but it makes a lot of sense to me because Google+ is melding search and social, two distinct mediums that naturally fit well together.   The company has been explicit in stating it’s intent that Google+ will be Google in the next five years —  I heard a Googler use that exact phrase at a conference last summer first hand.

Think about the gravity of statement for a minute.

How many businesses are dependent on search volume?  How important is search to an organization’s marketing efforts.  Chances are, it’s dramatic, or the seriousness of being punished by Penguin and Panda would have been slighter.   For many blogs, and all traffic sources considered, Google Search is by far the top way consumers find their way to information.  For this blog, and several others I’ve had access to in the past, traffic generally flows the most from Google Search, then Twitter, then Feedburner and now, Google+ — for all traffic, not just referral sources.

Google+ isn’t some little side project holed up in spare server room — Google is betting the company on it. 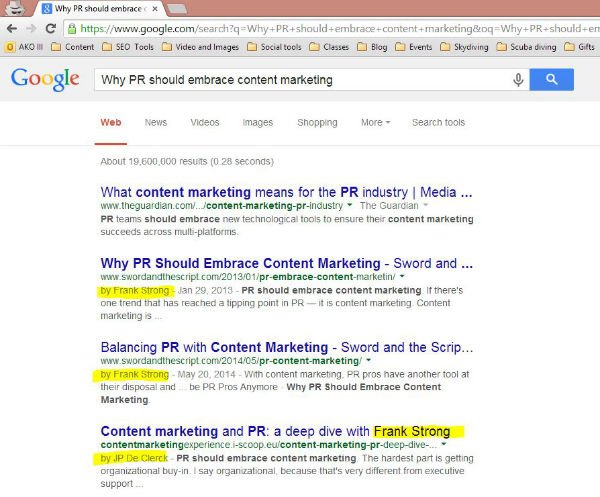 Why Authorship is a Game Changer

A simple link used to be the single most valuable way to earn page rank.  By all accounts, it still is, but with a twist because of the gaming for links.  So, Google wants to verify your work, and then monitor how it resonates and moves through the web.  In exchange for becoming a trusted source, it will index your content sooner, provide more visibility and perhaps, give you an extra link in search.

A while ago, a very savvy SEO, suggested we link content on a corporate blog to our Google+ profiles — what has become known as Authorship.  I balked because I struggle with the overlap and the separation between personal and professional social media personas.  After having implemented Authorship on this blog for several weeks, I’ve come to realize, that should not be a concern and linking the profiles to verify authorship is probably the smartest and easiest thing I’ve done in a while.

You were right, Scott.

So why is this a game changer?  If you want to increase the user base, you’ve got to give people a reason to use it.  White hat SEOs have been thrilled with Authorship and are championing the cause.  SEOs are on the Google+ side of the fence and the conversation they are fueling is winning over the fence sitters because they are able to distinguish what makes Google+ different.  Google is appealing to it’s tightly-connected community and using it as a stepping stone to broaden its penetration.

Maybe it’s happened already and I missed it, but I’m waiting for that first major media outlet to adopt Authorship — a publication like the Washington Post or New York Times.   They’d have to forgo linking to profiles on their own sites, which is a risk, but this could also be a real opportunity for a media outlet that been hurt in the shift from print to digital formats.

In an era of page view journalism, contributors may well start demanding it.

Google offers two ways to verify authorship.  If you have an email address from the same domain name where you contribute, you can use this authorship method.   For this blog, I chose the alternate method.  It’s worked out well and was simple to implement.

1.  Confirm your verification.   Google will send you an email once you’ve been verified.  You can also use the structured data testing tool for a preview.   For the screenshot nearby, I used an incognito search because it appears to me, Google won’t display your own Authorship results in personal searches.

2.  Ensure your profile picture faces your content. Ann Smarty published a post about the impact of profile photos on search results in Small Business Trends.  We already know photos perform well in social media, but take away from her post was we want the photo to be facing to the right as you look at it.  This is so when it appears in search, your profile photo is looking at your content.  She’s cites heatmapping research that indicates a viewer’s eyes will follow your gaze right into your headline.  (Note:  More recently Google has removed author photos from search results).

5.  Makes making a Google+ Page easier.  Recently, I created a Google+ page for this blog to experiment with.  Dan Myer, a freelance designer ginned up some graphics for me and I was off.  When I created the page and linked to the blog in the profile, Google notified me that since it has already verified me as an author, it would verify the link to the blog in the Google+ page as authentic. This could be very useful for anyone thinking about creating a page in Google+ for their employer or agency since it streamlines the process.

Media, marketing and PR have all felt dramatic changes in the last decade as a result of a dynamic landscape.  With search, the battlefield for social media has changed and there’s no company better positioned to win over the fencesitters than Google.

by Frank Strong Small businesses are engaged in a growing love affair with content marketing according to a survey by...