Bridging the Social PR Network with the IRL Network 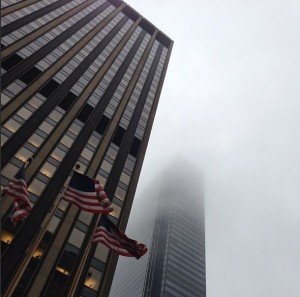 In 2012, the number of people I first met on social networks and then met in real life (IRL) grew dramatically. One observation that strikes me is how many are located in my own stomping grounds — yet I might never have met them without social networking.

In 1999 or 2000, I remember reading a news article where the central argument was people were spending more time hunkered down at their computers and less time engaging their physical neighbors next door.  I don’t believe that’s true at all, and if this list is any indication, it’s one more data point disproving that thesis.

To be clear, there’s clearly much to be said about virtual networking on the social web.  In 2012, I had the chance to connect with some really fine people online.

However there’s something special about meeting people IRL after having chatted with them online and that’s what this post is about. While I’ve combed through my Twitter lists and LinkedIn contacts, I’m sure I’ve missed a few.  If I did, this isn’t a slight, but an oversight on my behalf, so if we’ve met and I’ve neglected to include you here, please do give me a virtual nudge.

In alphabetical order, here are people I met in 2012 in real life.

1. Aerial Ellis:  I was lucky enough to meet her at the PRSA International Conference this year. She’s also owe the credit for inspiring this post.

2. Geoff Livingston:  Yes, Sir, we met for the first time this year IRL.  I feel like I’ve known Geoff for years, perhaps because I’ve been one of his blog readers for several years now.

3. Gini Dietrich:  I sing Gini’s praises a lot because she’s an incredible social networker that is seemingly tireless in her effort to engage people who engage her. I met her the same day she posted this #FridayFollow on Spin Sucks.  It’s part of a series she posts every Friday and is indicative of the polish on her networking.

4. J. D. Harrison:  For long time reader in DC, The Washington Post has had an up down relationship with the startup technology and small business community.  However, in the last three years, our venerable hometown paper has recommitted and J.D. is a reporter focused on just that.  He’s the person behind @OnSmallBiz and the same-titled column which is part of the Capital Business section of the paper — here’s his take on the biggest small business stories of 2012.

5. Kesi Gardner:  Kesi is a local in DC. DC is a transient city, so I say that everyone that actually lives here is a local. I had the chance to chit chat in Penn Station’s TGI Friday’s after a PR News Conference this year.

6. Lisa Byrne:  I first met Lisa Byrne as @DCEventJunkie on Twitter and later, in person where she spoke on a panel for the DC book launch of Geoff Livingston’s and Gini Dietrich’s Marketing in the Round.

7. Maddie Grant:  Maddie and I also me at the same book launch event, where she was also a panelist alongside Lisa.  She’s also the co-author of her own book, Humanize, which examines the social fuel behind social networking.

8. Mark W. Schaefer: If you Google the term “business grow”  you’ll find his blog in the top spot and for good reason:  is we’ll reasoned marketing advice.  I had the chance to work with Mark on a Webinar this year and also met him at the PR News Conference where he was the keynote speaker. He’s about the coolest influencer you’d ever meet — and has similar characteristics of the professors I remember best from college.

9. Priya Ramesh:  She’s a managing director with CRT-Tanaka, which several years ago purchased Geoff Livingston’s firm, which still runs the original blog The Buzz Bin.  I had a chance to chat with Priya while in line for the buffet at the PR News Conference.

10. Sarah Rose: Sarah was also a handshake at the PR News Conference, but back then, she lived in DC.  She’s done stints in Austin and Portland and recently she took a new role with Edelman and moved to New York.

11. Tina McCormack Beaty Currently stationed with Porter Novelli, I first met Tina online @WWPR — the Washington Women in Public Relations — where she has served as President.  She did a little guest blogging on invitation this year and my previous employer was a sponsor of WWPR.

Who have you first met online, and then later in real life this year?  And here’s to hoping I have many more meetings in 2013!

Most Read Posts on Sword and the Script 2012

by Frank Strong Doing an analysis on the most read posts posts of the year on any given blog is...