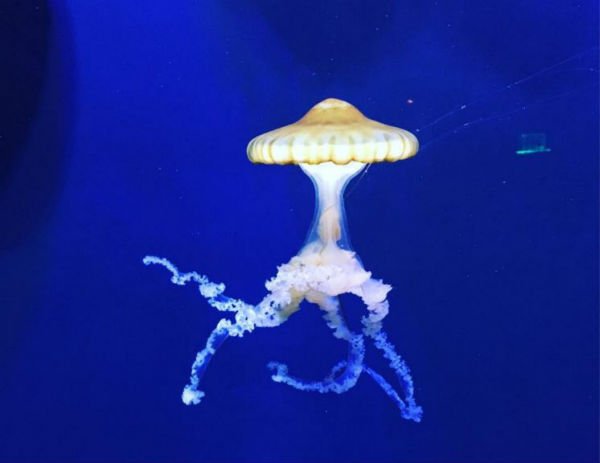 There’s an old saying that half of all advertising budgets are wasted but marketers never know which half.  That phrase was coined long before the rich analytics the web provides. That might lead us to believe we could figure out which half and therefore improve the results.

Certainly, there’s a science to marketing: create, publish and analyze. It’s experimenting and then calculating the gain or loss in visitors, page views and conversions. And it’s true that studying data can improve results.  That’s why email marketers use A/B tests and why e-commerce specialists tweak the location, prominence and copy behind calls to action on the web.

Like most people, I’m a creature of habit.  I like process and methodology.  I like measurement.  I like data.  And I think these things are important.  But the longer I’m in this industry, the more convinced I’ve become that there is an art to marketing and PR is an under-recognized talent.

We can teach art students about primary and secondary colors — that red and green make yellow — but only the artist can put them together in a way that evokes a reaction. Or better still, an action on our call. The web is proof of this: it’s a product of just two choices — 1’s and 0’s — yet these numbers have been arrayed in such innumerable combinations so as to produce the dynamic web we find today.

In the book, What the Dog Saw, Malcolm Gladwell breaks down the distinction between a puzzle and a mystery. A puzzle is when we have all of the pieces we need to make a complete picture, we just need to arrange them in the proper order so that they make sense. With a mystery, information is scarce and we instead rely on intuition, interference or a gut feeling.  Perhaps this is what Rumsfeld meant when he famously said, “unknown unknowns.”

Gladwell places this in the context of a medical examination. In the past, a doctor might examine a patient and determine a lump in a specific location is cancerous. Today, he or she might test that indicates what is potentially cancerous. There are tradeoffs: in the former, the determination is conclusive but comes very late because a lump has formed. While in the latter the prognosis is less certain but comes early, and there’s time to fight the disease.

But indications can also be wrong. Just this week a member of my family was hospitalized. The doctor noticed a mass and concluded cancer. Imagine how the mind races for 24 hours only to find out the next day that conclusion was wrong. This has gotten me to thinking about data and the judgment calls we make based on data.

Ten years ago I lost my father to brain cancer, the final chapter of a seriously complicated medical history.  When the cancer placed so much pressure on his brain that he lost motor function in one side of his body; my mother took him to the emergency room, but oddly, the doctors sent him home: nothing wrong, they said. Only with my mother’s persistence, did a better hospital admit him.

In either case, what if follow-up tests hadn’t been done?  The medical community might consider this irresponsible, and while marketing or PR usually doesn’t include life or death situations, how often do we make decisions without follow-up tests?

More importantly, how often are creative ideas stopped before they get started for lack of data? Testing takes time, we can have space or we can have time, but rarely both:  we can trade space for time, or time for space.  Balancing those trade-offs is an art form unto itself. Marketers may well be trading time for market share.

There’s a lot of promise in big data.  If we amass enough of it, we can predict anything, or so the promise goes. Yet the irony of creatures of habit is that we are often irrational:  people are unpredictable.

The stock market is a clear illustration that’s rendered in the form of a disclaimer on countless financial reports: past performance is not an indication of future results. There’s a plethora of data for traders and while we can analyze the puzzle of a particular company’s performance after the fact, accurately predicting the future success or decline remains a mystery.

That’s why black swans exist, “the extreme impact of certain kinds of rare and unpredictable events (outliers) and humans’ tendency to find simplistic explanations for these events retrospectively.”

This is where the under-recognized art of creative PR and marketing can make a difference. The intuition of connecting with the unpredictable. This is irrational, but we are irrational creatures, and it makes decision-makers uncomfortable. But discomfort dissuades complacency, like the kind that occurs when we take solace in believing the data has all the answers.

Emotions, for example, are powerful anchors for captivating the irrational. Love and hope are steady anchors. This is why puppy dog eyes are a marketer’s delight, why memes are so well “liked” and why campaigns to stop hunger or poverty, that are rich with stressful visuals that are powerful, yet depressing, perform poorly. It’s just easier to turn away.

It may seem counterintuitive — why wouldn’t such images result in action?  It’s because people don’t want to identify with things they find upsetting. We have enough stress in our lives; we don’t need more of it in our Facebook streams.  It’s easier to look away when no one’s looking back.

On the other hand, we can market to anger if we want people to hate us…or hate others. It’s a marketing strategy we often find in politics; just look at the vitriol on both sides. Anger galvanizes the base but it also divides; the lines of anger-marketing are not blurred. They are linked, liked, disliked, retweeted, bookmarked and embedded.

Intuition, not data, will tell us when it’s appropriate to tie onto these anchors and when it’s not. The puzzle will show us the data only after the fact and not before; we’ll only know it’s too late…when it’s too late.

A Leader or a Leading?

Like the distinction between a puzzle and a mystery, there’s a difference between being a leader and leading — as an adjective and not a verb.  A leader is first.  It’s clear and compelling that there’s only one.   There may be several people or organizations that are leading, but usually, these are near copies to the extent they are perhaps indistinguishable, lack differentiation, at least based on the value proposition or marketing message.  One company doesn’t make a move until the other one has; it’s polite competition.

Marketing, in this case, is conducted by edict:  “Who else has done this successfully?”  With questions like that, certainly, we will not.  Don’t dare be too different.  How many companies do you know reached $1 billion in revenue with the status quo?  There’s a difference between those that make it and those that make it and you know them. The latter attracts better talent and one billion turns into two — that’s how Division III college football programs, that absent the incentive of scholarships, attract talented players.  Everybody wants to win.  You can’t begin a career in the NFL.

We see this in the airline industry often especially with regard to price — one of the classic 4P’s of marketing.  When one airline cuts prices, the travel columnist to almost always asks, “Will this force other airlines to match the price?”  Yet these moves by the airlines are often defensive — to stave off a competitor — rather than offensive — to seize and hold new ground.   It’s leading, but not a quality of a leader.

I’m not suggesting marketers drop data-based decisions in favor of gut feelings for every decision.  Clearly that’s a foolhardy proposition.  However amid a world that’s cluttered with like-minded people, originality will almost assuredly always be a marketer’s challenge.

An eMarketing study found that 69% of marketers said “originality” was their top challenge in 2012, and that’s what Gladwell meant, when he wrote in the  aforementioned book, that the gift of an artful writer finds what’s interesting in the ordinary.  It’s why Seth Godin’s cow is purple.  (The irony of using data to support the thesis in this post is not lost on me.)

Marketing leaders should aim to foster an environment that facilitates creative thinking, that encourages calculated risk-taking, and gives our teams latitude to experiment, even to make mistakes.  The bar of competition, especially in content marketing, is increasingly being raised.  It may be  an oxymoron, but there’s only one choice.

We should give our teams the primary colors and empower them to create a mystery.  If we do this, we’ll leave the puzzles to the competition and their marketing departments to the task of figuring out which half of the budget was wasted.

B2B Marketers Settling in for a Social Media Marathon

by Frank Strong Social media, and it’s role in content marketing for B2B companies, has earned its stripes.  As a...