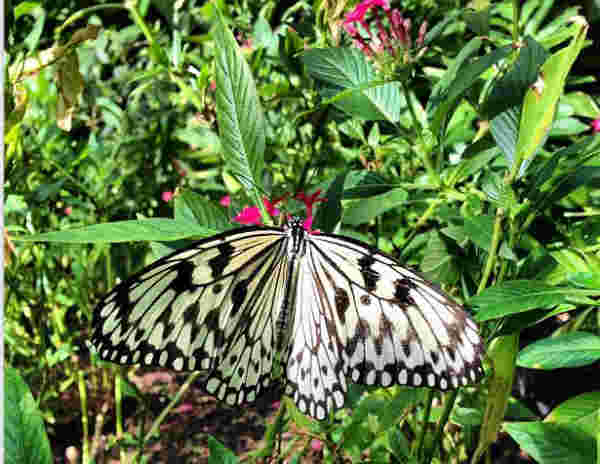 “It is not the strongest of the species that survive, nor the most intelligent, but the one most responsive to change.” -Darwin

In marketing and public relations, creativity is often more art than science. One way to get ideas is to keep an eye out for them. They say it takes money to make money, and in many ways, ideas work the same way: good ideas lead to more good ideas.

These ideas incorporate paid media (advertising), with shared media (social), to produce earned media (traditionally, PR). One or two of these also included owned media (blog or website). These six ideas are outputs — the evidence that silos are breaking and that integrated marketing is more than an (old school) buzzword.  However it’s also changing the environment in ways we might not have anticipated, or even like, but there’s no doubt success will require responsiveness to change.

The fiscal cliff debate might be a dry topic for many, but if you’re in the tax business, it’s also a chance to earn some share of voice.  Tax season is nearly upon us, so it’s a great (annual) event that presents an opportunity for spokespeople in the tax or accounting business.

Liberty Tax, however, saw a chance to get an early lead by getting into the conversation on the fiscal cliff. After hearing this story on Marketplace, Fiscal cliff rewrites the calendar for the IRS, I was thinking some savvy PR person was on their toes, and in doing a little searching, realized they’ve made a solid push. Liberty Tax is a source in a slew of media mentions from trades like Accounting Today, to the local Business Journals, to Fox News.

The firm is also earning some buzz for the growth of its franchise — 127 locations in New York City — to work ethic of their signature wavers we all see dressed as the Statue of Liberty.  There are hundreds of photos of wavers on Instagram.

America’s favorite ice cream brand has implemented a campaign that perfectly mixes paid, shared and earned media. The company ran a pseudo-Instagram photo contest with it’s 120,000+ Instagram fans, picked a winner and then used that photo for local advertising.

Guess what happened next? The company earned media.

Mashable’s Todd Wasserman wrote in a post, “To enter, fans have to tag #captureeuphoria to their Instagram photos. The subject of the photos is vaguely defined and has to somehow hew to the theme. About 20 photos will be chosen between now and January. The winning pics will be featured in local print, bus station and billboard ads near the fan’s home.”

People joke all the time about taking pictures of food and posting these to social media sites. It’s a smart move to harness that impulse for an integrated marketing program.

Sometimes a product becomes akin to an American icon. Such is the case with Hasbro’s Monopoly in a capitalist country.

It’s a family-oriented pastime, paired with McDonald’s for a contest every year, the game’s currency is continuously used as a punch line in politics, but even so, smart brands reinvent themselves.

It launched a Facebook contest to replace one of the tokens, which Marketplace noted means, “One of the iconic Monopoly game tokens is heading straight to jail — for life.”

So which piece goes? You’ll have to participate in the contest to make your vote count. Marketplace appears to be lobbying to catch the dog to which Dave Racine quipped back, “Leave it to the Internet, and you’ll get cats.”

Taco Bell, the consumer brand with quick thinking community managers that took a punch and doled one right back at Old Spice on Twitter — and also entertains, in the true sense, requests for food delivery by a special class of people commemorating police code for marijuana busts, has gone native.

Native advertising, that is, and it’s using this approach to earn media. The fast-food company started sponsoring stories on BuzzFeed, often linked to social media engagements, but kept the sharing features disabled.

In a post on Digiday — Taco Bell’s Content-First Ad Approach — Saya Weissman writes, “If you look at what we did with BuzzFeed, it’s relevant and it’s entertaining. We’re doing something that unexpected. It’s about celebrating not having to share. Today with social media, the default has become sharing — and oversharing. We are sharing so much, but often we forget to just enjoy the moment.”

It’s a prime example of paid media being used to earn earned media — and that’s thinking outside the bun.

5. Who said print was dead?

“An experiment printing news and advertising as restaurant receipts has been launched in DC’s Old Ebbitt Grill,” read the press release. “The ‘news receipts’ will deliver the top of the current news, particularly events that broke during the diner’s meal.”

The release even presents a quote from Frank Mankiewicz, the former vice-chairman at PR firm H&K, NPR president and press secretary to Robert Kennedy; he is credited with contributing to the idea.

In DC, Old Ebbitt is something of a landmark and sits just a stone’s throw from the White House. It “was a favorite of Presidents Grant, Cleveland, Harding and Theodore Roosevelt and is still a popular meeting spot for political insiders, journalists, celebrities and theater-goers,” according to the restaurant’s website.

With a Victorian setting, accented by Beaux-Arts design, the restaurant which is run by the popular Clyde’s Restaurant Group, not only started printing Associated Press stories on its receipts — and also selling ads against the content.

The Washington Post’s Jonathan O’Connell wrote in a story, “It’s an old-school idea — news from paper rather than pixels — coming from two old-school operations (AP was founded in 1846 and the Ebbitt in 1856). Perhaps it’s not surprising that the concept’s first advertiser is a paper company, Montreal-based Domtar.”

It might be better than those grocery store coupons, printed on receipts, for products we aren’t likely to buy. Check, please!

Pay to advertise free tickets to space as part of a product promotion, and it’s likely you’ll earn media coverage. That’s exactly what Unilever, the maker of Axe has done.

Axe, which makes a range of smell-good products for men, tapped Buzz Aldrin, the 2nd man to walk on the moon, to announce the Axe Apollo Space Academy in a video of a mock press conference posted to YouTube. It had 40,000 views at the time of writing.

The promotion is tied to the company’s forthcoming Superbowl commercial and proposes to send 22 winners to a space training boot camp, medical screening and eventually on a 62-mile high space flight.

Unilever teamed with Space Expedition Corporation (SXC), which is developing plans for commercial space flight. Certainly a promotion with a big consumer brand like Unilever, and tied to the Superbowl, is one way to create demand, or at least awareness of, commercial space travel.

Advertising Age pins the value of sending the winners to space at about $2 million; then we can add in the cost of the Superbowl commercial. Both Unilever and SXC are getting their share of buzz — SXC’s website pitches it just like that, “Be the Next Buzz.”

A quick search of Twitter shows plenty of shared media mentions as well, however when I signed up for the contest (heck, yeah, I’d go into space) I was surprised I didn’t see “tweet this” sharing feature on the registration page or get an email confirming registration. It’s a missed opportunity. Should I be selected, I’d like to also put a request into land parachute-style like Felix Baumgartner.

What creative ideas have you spotted lately?

If you enjoyed this post you might also like:
Paid Social Media as Surround Sound in B2B Marketing; Off Script No. 39: Betsy Hindman of the Hindman Company

Sometimes to grow a business you've got to expand the boundaries.  That's exactly what PR firms have been doing...