Home > Social Media > Trials and Confessions of a Facebook Faker 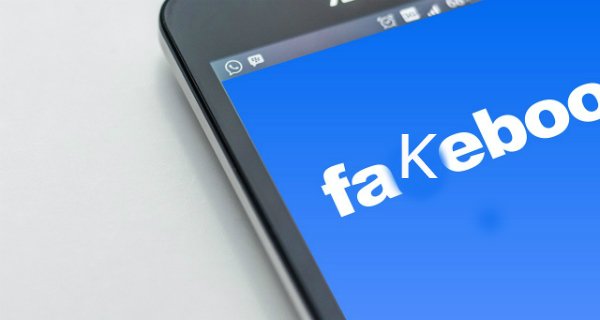 Last August a Facebook financial filing disclosed that 8.7% of accounts on Facebook, or 83 million accounts were fake or duplicate.  It’s a blemish on the record the company has earned coverage for having more users than than most countries have people. The U.S. for example, has about 300 million people which is dwarfed by Facebook’s 1 billion users.

Still 83 million is a sizable number — its about the same size as the population of Egypt as Mashable pointed out.  It’s also larger than the country populations of  Germany, France and the U.K.  Facebook says it shuts down some 20,000 accounts per day which all boils down to the fact there’s a lot of fakers.

I should know.  I was one of them.

Fake is a harsh word and is arguably not an accurate representation of what I was doing. It was still me, but the professional me, not the personal me.  I know.  It sounds like rationalization.  My “personal me” Facebook account is locked down tight and I am very guarded about who I friend on that account.

Setting up a duplicate account was driven by a strong desire to decouple my personal life from my work life.  The account was established long before Google+ launched and its Circles feature forced Facebook to make a similar feature — Smart Lists — available.

On “professional me,” I’d share news about public relations, marketing and social media and occasionally engage in a  back-channel Facebook discussion; but I would rarely post a personal photo or offer political commentary.  It was purely a business networking vehicle with real conversations, and my authentic view point, just offered on a professional level.

I rarely sought out friends, but because I’d engage in conversation, and unlike my original Facebook account, was open to search, I’d get friend requests.   If I recall correctly, I had about 70 Facebook friends on the “professional me” account.


An Exercise in Two-Faced Deletion

Perhaps I didn’t seek out friends on the professional channel because I felt a sense of guilt.  Though I’m not especially religious today, I was raised Catholic — confessed, communion-ed and confirmed — and the guilt is in my soul.  For a long while, I kept it a secret, but every now and then, I’d let it slip and what I found was surprising:  I was not alone.

I’d say somewhere in the ballpark of 20% of people I confided in — one in every five — admitted to also having a duplicate account for the very same reason.  As I discovered this, I became more and more open to telling people about the duplicate account.  Every now and again, some social media guru, would point out that Facebook doesn’t allow duplicate accounts.

Yes, I know; call it two-faced-book.

Several months ago, I stopped posting to it and let the activity die down and fade away.  Later, I used Facebook’s account download feature to download all the photos and friend lists and then deleted the account.

I’m a bit relieved about the whole thing.  Who needs a duplicate life?  Who wants to live a lie?  On the other hand, I still feel guilty about “leaving behind” some of the people I had friended on the duplicate account,  but I rationalize this in several ways:

Balance of Work and Life

Those that know me, know I’ve served in the reserve component of the military for a long time.  Almost 20 years, and while I look forward to retiring one day, it’s hard for me to imagine not being a Soldier.  It’s been part of me for so long, that it’s become part of my social identity.  I’ll never forget long ago, when a candidate about to be commissioned told me as I entered the officer candidate program he was finishing — “Being a Guard officer is like having another life.”

It’s proven to be true and for a long while I worked hard at keeping it separate and quiet.  Only a couple years ago did I start writing about it and including it as part of my social media identity, because I discovered, people wanted to know.  Besides, there’s so much misinformation out there, it was a chance to advocate for the Army National Guard and to explain to employers why these committed people make exceptional employees.

When I returned from my last deployment, about one-third of the Soldiers in my unit did not have a job.  The Guard needs advocates like me that are already embedded in business.

In many ways, my professional work in marketing and PR followed a similar track. Initially, I tried hard to keep them separated.  In the last few years, that has become almost impossible — I lent my personal reputation to my employer and vice-versa; it is not possible to decouple these two “lives” or in my case, counting Uncle Sam, these three lives.

Social media is causing a confluence amid more than just marketing disciplines — it’s integrating our lives. So while I still keep a guarded personal account on Facebook that remains locked down tight, I’ve accepted the fact there’s going to be overlap.  Best of all, I’ve discovered a number of real friendships — that transcend the virtual — that I might not have otherwise found.

There's an old saying that half of all advertising budgets are wasted but marketers never know which half.  That phrase...