Home > Social Media > Terms of Service: No Way to Build a Brand

Terms of Service: No Way to Build a Brand 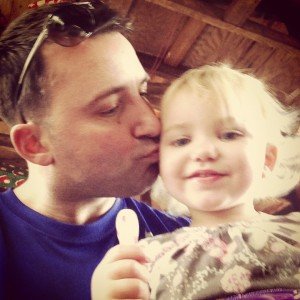 It used to be that the news cycle was a grueling 24 hour frenzy but  Instagram’s quick response to crisis this week may just have just cut that cycle to 12 hours.  This may say more about social media users  than it does about Instagram; it demonstrates that while tolerance for “terms of service” have grown lackadaisical there is still a threshold.

Brief Recap
News broke on Wednesday that Instagram changed it’s terms of service (ToS) and users no longer (or never did) “own” photos they had posted using the service. Consequently,  the web began to squirm with the notion that Instagram may in fact sell rights to those photos to marketing services that might use them in promotional campaigns.

Instagram is owned by Facebook, which is publicaly traded, and made a bold move to acquire Instagram in April 2012 prior to going public just about four months later.

Reaction?
I take a lot of photos of my daughter and sometimes post them on Instagram; what if some marketing service took her likeness to promote a product or service?  What if they promoted a product or service I didn’t agree with, or felt had questionable ethics?  The conclusion I reached for me personally is that I had no choice:  I’d have to delete my Instagram account.

No doubt many Instagram users  thought the same thing — and I’d venture to say many followed through.  It is my suggestion  that it was this metric that caused Instagram to react quickly, not the rants, noise or the buzz, but the clicks of dissolving Instagram accounts.  Not even common sense can move a publicly traded company as quickly as a comment from Wall Street.

Two Schools of Thought
In watching the social conversation and reporting develop over the course of the day, I saw two general reactions.

1) On one hand, obviously was outrage.  Facebook, which is about as graceful as a bull in a china closet when it comes to privacy policy changes, was clearly pulling another bait and switch on Instagram users.

2) On the other hand, was the mantra of free — when users use a free social network they become the product.  Anything you say, post, or create on that social network also gives explicit right of use of that content to the social network itself.   Don’t like the free service?  Quit.

Rise of Filtered Photos
Instagram became popular because it offered people taking photos with the iPhone, arguably the most ubiquitous camera on the planet, with easy to user filters that allow users to manipulate photos after they are taken:  these filters make novice photographers look like professionals.

Instagram pounced on the mobile camera trend — and marketed the service with the message that it was a free way to take cool photos and share them with friends and family.  This was Instagram’s brand — and a brand is a promise;  it’s an expectation of an experience. And Instagram fell far short of that brand promise for half a day. 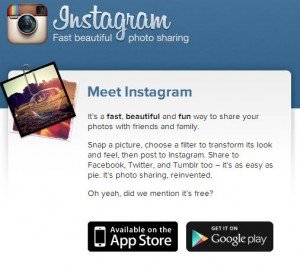 ToS is No Way to Build a Brand
Last year I was in the Middle East and hailed a taxi driver for a short ride into town.  He wanted £20 Egyptian, which I agreed to pay and got into the cab.  About halfway to town, the taxi driver changed his mind and wanted $20 USD and since the dollar was trading about 5-times the Pound, this meant he wanted five times more than originally negotiated.  Lucky for me, I was in a position to decline; I didn’t pay.

The way I see businesses that rely on ToS agreements that dramatically raise the price its users pay is as unethical.   Cajoling users to agree to unfavorable clauses buried in the fine print in a 20-page ToS document, is not good marketing, it does not endear a company to customers and prospects, and it’s certainly no way to build a brand.

No matter how good your product is, there are always alternatives, which includes a simple deletion.  A social media users, we give up quite a bit in exchange for a service, but there is still a threshold and I suspect that threshold was crossed with Instagram this week.

While only Instagram and Facebook know just how many people actually deleted Instagram accounts, I’m betting it was enough to alter the news-cycle and I like the notion that users still have a voice in the shaping of social networks, even if only comes with the persuasive power of mass deletion.

NASA’s Ambassador: What a Robot Says about PR

by Frank Strong In government, PR must be an uncomfortable dance. The agencies that spend budget on PR are quickly...