Home > Marketing > Most Read Posts on Sword and the Script 2012

Most Read Posts on Sword and the Script 2012 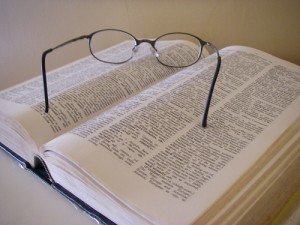 Doing an analysis on the most read posts posts of the year on any given blog is a useful exercise in as so far as it tells us what information people consumed.  TheJackB might point out that posts on our most read posts tells us about our most popular posts but may not in fact tell us which posts are best.

He’s right and I’m sure of it because the most read posts are a puzzle. We have all the information we need to analyze — Google Analytics’ Adam Singer even did the work for us — and all we need to do it put it together.  Thanks to Malcom Gladwell, I can claim there is a distinction between a puzzle and a mystery.

A mystery is forward looking — we do not have any information — and we do not know for certain what will be our most read posts in 2013. We can make inferences and forecasts from our existing data — like a puzzle, where information exists but we just need to put it together — but the fact is no one knows what tomorrow will bring.  Not even the Mayans.

Thank you to all who read this blog, who take the time to offer thoughtful comments and who engage with me on social media. Cheers and hopes for much more in 2013.

1. Social media strategists will be gone in 2 years
This post was modestly controversial for all the wrong reasons:  many felt I was downplaying social media.  As a culture of marketing, we are obsessed with the word “strategy” and toss it around when really, it is very special and should be used sparingly.  Moreover, social media, like any tactic, needs to be tied into a higher level plan to accomplish a purpose.

2.  7 essential principles to succeed in PR
I cranked this post out in anger.  It may not seem like it, but this was my way of processing the fiasco created by an individual who was vomiting terrible advice on the web.  Those that follow such manipulative tactics will find their businesses or organizations will not  succeed.  That’s not hyperbole; there are corporate financial statements to prove it. And if there’s any question, I still believe what I wrote in this guest post a day or two later on Ragan.com that lying to journalists is not a genius PR stunt.

3. 7 Creative PR and Marketing Ideas
This post I wrote earlier this year while still deployed in the Sinai. The photo of the coral shaped like a number “7” is a photo I snapped while SCUBA diving in the Red Sea; just had to get back on shore to write a post.

4.  Communications professors without a social media clue
The concept here is simple:  anyone that calls him or herself an educator in the communications space — whether that’s PR, marketing or journalism — has an obligation to master new tools to prepare their students for the real world.  There are no excuses.

6.  Why Content Marketing is the New Branding
This is an example of how blogging helps us think.  At least it helps me to think; to form ideas and to refine them over time. A conversation at work led to to this first draft of a content marketing post — which turned into a guest post on Copyblogger and I eventually re-published on the Vocus blog (former employer) and on my own blog, with some modifications.

7.  Lessons from migrating from Blogger to WordPress
One of the best moves I’ve made in blogging was to migrate to WordPress.  There’s a whole slew of challenges that come with it — I’m still fixing links for example.  The little details are tedious, but overall the process wasn’t too difficult.  I’d never look back now.

8.  10 leadership tips for 1:1 meetings with employees
Another example of thinking out loud — and later refining those thoughts. After answering a leadership question on Quora I got to thinking it would make a good blog post and also be a nice break from my usual editorial content.

9.  Social media is NOT that important
An outrageous headline — and quite a few people came after me online as a result.  But you know what?  Those that did simply demonstrated they didn’t read the post before they lashed out.  It’s okay to have strong views and it’s perfectly normal to disagree — but the lesson I took from this was to be absolutely certain I’ve read a post carefully before I publish my own thoughts taking exception.

10. Consider your social media identity carefully
A guest post!  My former colleague, Michele Hudnall, from the long since acquired Managed Objects, just sent me this post by email one day.  Thanks for a great piece of content, Michele, it looks like there’s a lot of people out there that feel the same way!

Amid reports of fiscal cliffs, more shootings, blizzards and tornadoes over Christmas, there were a number of stories, several of...