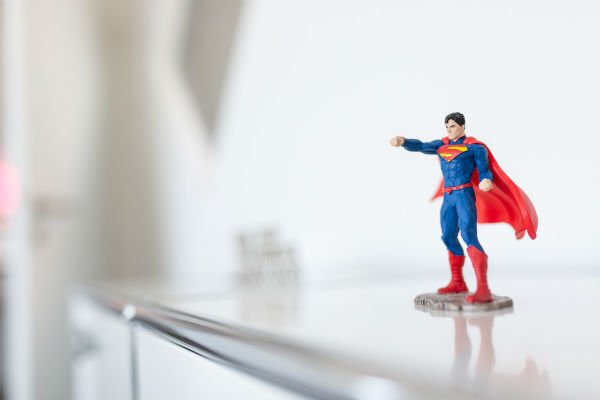 Even the venerable NPR can be a sucker for a good marketing story every once in a while.  And DC Comics scored big time.  It’s creative PR.

Remember that James Bond movie where James jumps off a cliff after a plane, gets inside it and flies safely away?  I was taking a college physics class then, and leaned over to my buddy to let him know because of friction, that scene was, well, impossible according to the laws of physics.

DC Comics made sure that no one will ruin the storyline of their latest comic book, where Superman, watches his home world of Krypton, disintegrate.

The comic book-maker enlisted the services of a real astrophysicist — Neil deGrasse Tyson of the Hayden Planetarium — to help add color to the details.  For example,  “instead of just making up the story of Superman seeing Krypton, he could help them ground it in at least some actual science.”

NPR pointed to this example:

“While it’s impossible to see planets that far away, you can see stars, so Tyson picked out a real, existing, actual red star — its name is LHS 2520, if you would like to send it a congratulatory note — to serve as the star around which Krypton orbits.”

What is the product placement?

Both Tyson and Hayden Planetarium are getting a product placement in DC Comics. Tyson’s product is his knowledge and since Hayden gets some of its funding from NASA, the springboard DC Comics has provided it’s worth its weight in gold.

LHS 2520 is the name of a real star Tyson picked out to help develop the story.  It meets all of the physics requirements that make the story feasible, but it’s also, in the comic strip, the star around which the fictional Krypton orbits.  Tyson could have written a blog post about LHS 2520, but comic strip is so much more creative, and it fits the DC Comics audience.

The PR part is Simple

It’s good coverage by NPR.  It’s a very creative story and a compelling use of content. As I drove past NASA’s Goddard Space Flight Center this morning while listening to this story, I wondered how many NASA employees were doing the same thing.

Examining the Rage of a Social Media Rant

by Frank Strong Ranting has become cool. You can earn a reputation by tearing down someone, something or some brand....