Examining the Rage of a Social Media Rant 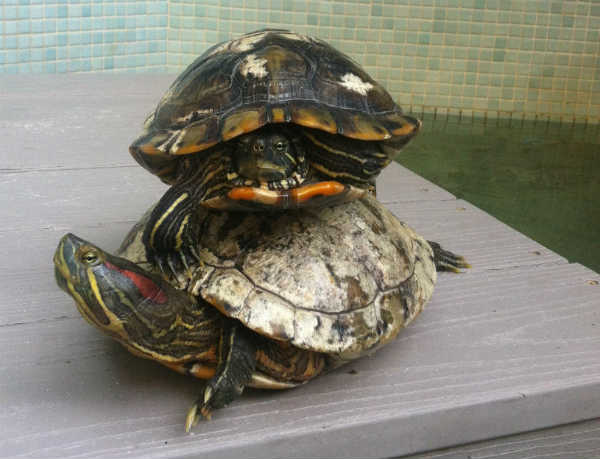 Ranting has become cool. You can earn a reputation by tearing down someone, something or some brand.

For the believers in that notion called “personal branding” the rant has become something of a logo, a tagline or a calling card.  However, rants are a lazy writer’s crutch:  they are usually heavy on emotion and light on facts or research. Usually, a rant is a gamble that snark and sarcasm will be mistaken for intellect and insight.

Didn’t get what we want? Post a flurry of angry tweets. We’ll crush you on Yelp.  We’ll write a negative review on Amazon.  We’ll create a social media crisis.  You’ll see. “Do you know who I think I am?”

Indeed this trend may well be approaching social media crisis, but increasingly, the brand that’s being hurt the most, is the personal brand, rather than the corporate brand.  Life tends to have circular patterns — the kind that you’ll see on the other side.  As the cliche says, what comes around, goes around.

“Really, to be great at customer service, you only need to be mediocre, because everyone else sucks.” – Scott Stratten, The Book of Business Awesome

Heaven knows I’m no angel.  Two nights ago I typed out a nasty tweet about Microsoft. What did that accomplish?  Not much.  The world didn’t pile on and retweet that message, Microsoft didn’t respond, but I did hear from a work colleague that suggested I use Google Docs (I’m doing that now).  Tonight, I reflect and regret that social post. In isolation, it’s probably insignificant, but unchecked over time, such outbursts begin to add up.

I’ve seen the flip side of this too.  On three separate occasions an individual was tearing up a brand Facebook page I manage.  This person could not be appeased.  Finally, with no way to satisfy this person,  I took screenshots of all his posts and emailed them to his boss’ boss.  It’s been quiet since.

A sales person was harassing a company one evening from a personal handle; a representative from the company being attacked took note and responded in kind.  The next morning the salesperson discovered that company was a sales prospect.  Was a prospect.

During the recent power outages as a result of Superstorm Sandy, I took a look at the social sites of Dominion Power and Comcast, with provide services to my home.  Dominion Power, perhaps taking lessons from previous years, was on top of their game.  Quick to respond on Twitter, they had facts, stats and an interactive map to share with customers looking for an ETR — or estimated time of restoration of power.

Comcast, on the other hand, was, well, the epitome of its reputation.  Their outages lasted in some cases two days longer than the power companies, and yet the company had the audacity to have its customers listen to commercials for their services while on hold to obtain information about restoration.  It was absurd!

I hung up the phone and sat down to do some research online, thanks to an iPhone hotspot, for a blog post I was considering.  The first place I looked was Twitter — and what I saw astounded me.  It seemed to me, that every other tweet about Comcast had the f-bomb.  Simply stated, I was stunned.

Was I upset with Comcast?  You bet.  Does the company or any brand deserve that sort of treatment?  Doubtful.  Do those rants affect our reputations as individuals?  I’m certain they do.

What is it with the impulse to share with the world every perceived indignity? What other thoughts or feelings, besides what we are eating, are we so inclined to share so freely?

The Guide to Psychology, with scholarly citations, frames it this way:

The brilliant French psychoanalyst, Jacques Lacan, taught that aggression results as a psychological defense  against threats of fragmentation. That is, as infants, we are just a jumble of diverse biological processes over which we have no authority, and our first task in life is to develop a coherent identity which “pulls together” this fragmented confusion. This identity may give the appearance of a unified personality, but it really is just a psychological illusion that hides our essential human vulnerability and weakness. And so, when anything or anyone threatens us with the truth of our essential fragmentation, the quickest, easiest, and most common defense available—to hide the truth of our weakness and to give the illusion that we possess some sort of power—is aggression.

In other words, the online rants tinged with rage and aggression?  Lacan might have called these childish.

The next time you rant

Whether it’s a business deal, a new employment opportunity or a lost marketing opportunity, generally rants are bad for business.  Increasingly, employers are reviewing social sites of potential candidates.  Though Microsoft turned heads when it hired Robert Scoble, for most, they have a better shot at being struck by lightening.  I’d never hire a person who fills their streams with barrage of missives and the handful of conversations I’ve had with other possible employers reflect similar thinking.

Next time you’re inclined to rant consider if you’d be comfortable with your boss or even your mother saw your words, because the chances they will increase every day.   Better yet, write your rant, but don’t publish it, come back 24 hours later and take another look:  you may not recognize your own words.

Rants are chasing cool, not making cool.  And who wants to be a follower?

Conflict, confusion and finding your own damn social media advice