Conflict, confusion and finding your own damn social media advice 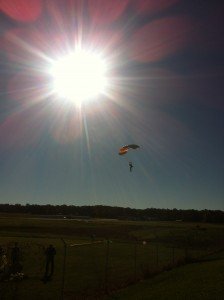 Some say a Facebook fan is worth $10.  Others say a fan is worth $0.  Still other say the value of a fan is falling.  It’s harder to get smaller than zero, but perhaps a better method of valuation is what an organization would pay for a fan.

In any case, any or all of these options are likely to leave the less daring more confused and conflicted over likes, shares, and soon perhaps wants.

What many want is sound advice, or perhaps an easy answer.  Preferably in the form of an iPhone app we can download and absorb through osmosis while sleeping with our phones under our pillows.  It’s a long winded way of saying, that at least in the short term, proven advice, is an unlikely social share.

“Not a day goes by that I don’t see conflicting information about the value of Facebook ‘Likes,’ the correlation between online conversations and buying behavior,” wrote Mark Schaefer in a post titled, Social Media, Conflicting Data, and the Search for Truth.  And so it is with social media advice.

He wrote that months ago, but a week or so ago, I watched another prominent speaker trash Klout at a conference – it’s worthless she said.  Really worthless?  There are more diplomatic word choices especially for PR professionals.  A few hours later, Mark took the stage an offered some pretty compelling examples of where Klout has been effective.  In fact I’d credit Mark and his writing with changing my view point on the platform:  it may not be a measure of influence, but it’s certainly an interesting marketing tool.

A few weeks ago, I worked on analyzing data from a statistically significant survey conducted by a third-party research firm. Some of the results floored me.  For example, the fact that 27 percent of small- and mid-sized businesses (SMBs) reported focusing on building large followings – and that group was more inclined to say their approach was working by tangible measures, like sales.

John Jantsch, a partner in the study, wrote of the results on his blog Duct Tape Marketing, that, “The common social media wisdom of ‘more engagement over more numbers’ has some room to be challenged.” Indeed, the data is sound and it flies in the face of conventional wisdom. It’s given me pause too.

Pam Moore might have said it best in the text of a post with an inherently conflicting headline, when she wrote, “There is only one way to do social media and that is the way that works for you and your business.”

That’s right; we have to find our own damn social media advice.  Don’t be afraid to buck the trend:  listen, observe, research and then do what you think is best.

by Frank Strong Social media seems to withstand more scrutiny than other marketing channels.  That was a great question I...