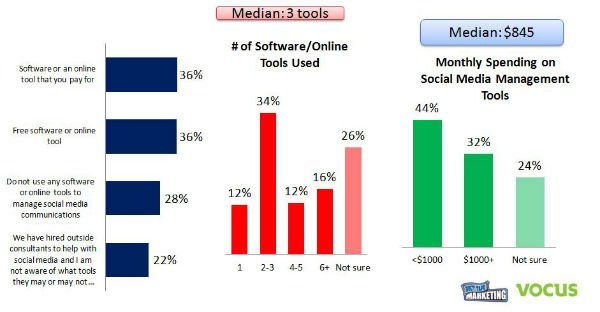 What does the persona of an SMB that’s engaged in social media look like?  It falls generally into these characteristics:

That’s pretty darn precise, no?  So, how do I know this? There’s a new survey out by my [former] employer, Vocus and Duct Tape Marketing, which I had a role in analyzing the data.

The study Path to Influence: An Industry Study of SMBs and Social Media, which is freely available is unique among market research surveys by marketing shops today in that it’s scientific and has a confidence interval. In other words, the data is rock solid — and so too is the marketing persona.

“It (social media) has allowed us to promote our products to people we may not have been able to reach normally and allowed us to let others know when we have last minute deals and events going on that would not have been worth the time without these outlets. – Survey respondent to an open-ended question.”

Here are a few of the other findings about SMBs and social media stemming from the research:

Thirty-six percent of SMBs spend a median amount of $845 a month on software tools for social media management – but 32% of that group also spends a $1,000 or more per month. Separately, another 22% of SMBs use consultants to aid with their efforts, though many SMBs have simply added social media to the list of existing duties of marketing employees. The median number of tools used is three and social media accounts for 25% or more in terms of overall marketing efforts for the vast majority of SMBs.

Analysis of the data indicates that SMBs are finding value in social media – yet it also demonstrates divergent philosophies on the best path to finding that value. SMBs are acutely aware of the challenges with marketing through social media and though no single barrier stands out, many smaller nuisances add up to overall frustration. Overcoming the perception that social media is “free” was a frequently cited challenge.

3. SMBs know what they are measuring

While this study clearly demonstrates that SMBs are focused on tangible business outcomes, SMBs are also capturing a myriad of metrics to measure the results of their social media efforts. The measurement of increased traffic to a website was the most commonly cited metric with 76% of SMBs measuring referral traffic from social platforms.

Facebook ranked as the top social site currently used by SMBs, but ranked second to last, leading only MySpace, on future intent suggesting near saturation. Google+ proved to be the dark horse with 44% of SMBs saying they currently use Google’s social network, however it topped the list in terms of future plans – tied with Instagram at 14%.

I’ll tell you what else I know about SMBs:  they account for about 99% of all employer firms in the United States.  I’ve worked for some, consulted for others and work for a company that develops marketing software products for the whole cast. Further, I’d tell you having survived two M&As as an acquired company, and on the purchase side of four more, the LTV of a $30 million dollar company is about 5 years — not a lifetime.  Any other number is just BS.  Just ask a VC…except one trying to sell a company.

Web round up: principles, community, PR tips and small biz

by Frank Strong It's been about six weeks since my last round up of posts from other sites on the...