Home > PR > Is attacking a smart PR strategy for start-ups?

Is attacking a smart PR strategy for start-ups? 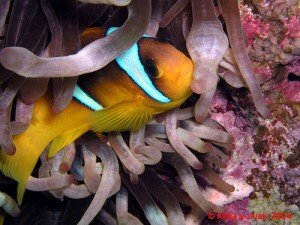 ReadWriteWeb’s David Copeland addressed an interesting question last week:  How Big Tech Companies Keep Quiet on Big News.   “Some big companies are incredibly forthcoming in the PR strategies, and some startups try hard to fly under the radar,” he wrote.

And that caused me to think of a different question:  do start-ups benefit by going on the attack and criticizing competitors?

I’ve seen this so many times over my career (having spent a majority of it working with start-ups) and yet finding examples of where this worked are few and far between.  Usually such calls are punctuated with a rally cry like, “power to the people,” or something along those lines.

Going on the attack has never been my style, it might work in political communications, but for business, I think it’s a turn off.

In my view, public attacks, whether in the mainstream or social media, reflect more on the attacker than they do on subject of the attack.  Customers and prospects on the sidelines see right through the motivation:  though offered under a veil of differentiation, it’s clear any company that attacks another is doing it for attention.  Further, it has little if any credibility.  Of course we say nice things about ourselves.

Every time I see one of these attacks take place, it reminds me of the clown fish (pictured nearby).  These fish have a unique and mutually beneficial relationship with the anemone that serve as their homes.  The stick of the anemone’s testicles protects the clown fish from predators, while the clown fish, though docile looking and small are very territorial and aggressive.  They have no qualms about attacking a scuba diver, exponentially larger, that draws to close for comfort.

I’d draw a distinction between merely saying one is better, and using data to demonstrate it.  Comparative analysis is often content prospective buyers are looking for, so it makes for sticky content, just be sure the data is accurate.   If it’s not, rest-assured someone is going to point that out.

by Frank Strong Generally speaking blog comments are down, meaning it just doesn't happen as much any more.  I noticed...