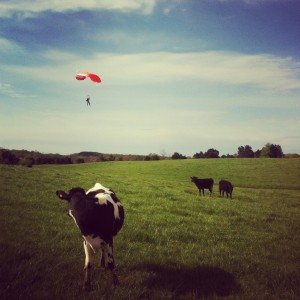 New social networks used to be greeted with enthusiasm – Friendster, Friendfeed, MySpace.  Each one got a little better, gained users, then fell off the radar.  Today the big three – Twitter, Facebook and LinkedIn – dominate with eyes on Google+ to see if it’s going to make it.

Even so, there are a number of smaller networks that follow a path of launch, traction, an explosion in media coverage, and then they settle into something of a slower growth pattern.

There was a time, for example, a while back when you couldn’t flip open your RSS reader without seeing Quora in the headlines.  Long before its Android application or Facebook’s acquisition, Instagram too had this trajectory where hobbyist techies propelled the network, or app, or whatever we’re calling it these days, into the mainstream.  Pinterest is enjoying this lift right now.

Sometimes a network makes it and some settle comfortably into their niche.  Quora is one I think fits this category.  When I first logged in, I was addicted, quite literally losing sleep in fascination.  Quora in my view has settled a bit, but it’s still interesting and useful.

I think Instagram would have followed a similar path if it hadn’t been acquired.  There’s enough photographers and wannabe photographers that enjoyed the tool.

Despite the buzz it’s getting now, I don’t think Pinterest is going to make it.

There’s only so much time in the day and people have to choose which networks their going to make habitual.  While I’ve listed the mainstream sites, there’s a wealth of networks that meet precise segments.  My friend and general manager for Lewis PR in DC, Ian Lipner pointed out GovLoop for the feds, Path for the cool kids, and CellarTracker for wine connoisseurs.

There’s virtually a social network for every type of activity.  Yammer for example, will allow you to create your own – almost like a little Facebook for your business, or church group, or organization.  It can be dizzying, but in the spirit of exploration, here’s four – some you may have heard of – and some you might not, that I find useful on a weekly, if not daily basis.

That’s what I’ve got for under-recognized but entirely useful social networking sites.  How about you?  Any good sites out there you find useful and visit regularly?

Big name tech bloggers.  You either love them or hate them.   I suppose there’s a third option:  love and hate...