Home > Marketing > A Marketing Conversation with a Small Business Entrepreneur

A Marketing Conversation with a Small Business Entrepreneur 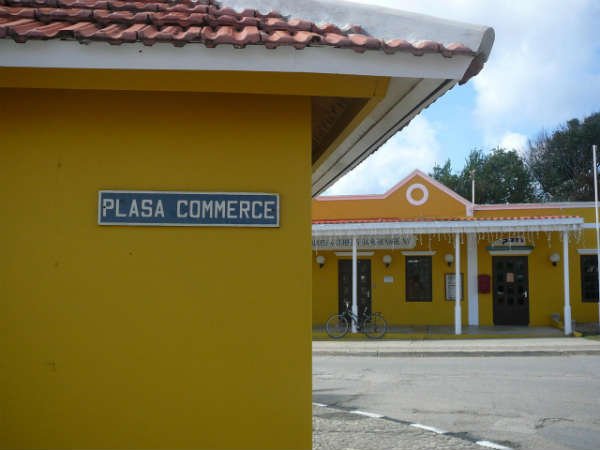 Word-of-mouth.  That’s the only marketing Curt said he does for his small business.

Clean cut, casually dressed, and the adoptive parent of three children from Ethiopia, Curt is a pediatric dentist that sat next to me on a recent flight back from the Netherlands Antilles. We talked marketing for the better part of a couple hours; I asked a lot of questions and listened.

Curt isn’t a marketer, he’s an entrepreneur, with a small practice and handful of employees.  The biggest hit he takes on a vacation isn’t the cost of airfare or a room at a resort – it’s the fact he isn’t billing — and that is easily 4 or 5 times the cost of his vacation.

“If my hands aren’t wet, then I’m not making any money,” he told me.  In fact he said he tells his staff that all the time.

His take on pediatric dentistry is simple:  good communication, a light-hearted manner with kids, and the knowledge that the parents rather than the children are his patients. His staff is forbidden from mentioning words like “ouch” or “boo-boo” or anything remotely similar in the office.  He rattled off about 20 such words and phrases; I can only remember two, but then, armed with an electric toothbrush, I’m not afraid of the dentist.

Most medical practitioners have terrible bedside manner, a fact I recall reading many years ago in Deborah Tannen’s Talking from 9 to 5:  women and men at work.  More doctors get sued because they can’t communicate than for any other reason.  Diagnosis might be important, but so too is the way it’s conveyed.

Curt said his approach is disarming, it puts both the kids, and by extension parents, at ease. As a result, almost all of his new customers come via old fashioned word-of-mouth – one satisfied customer telling another about the experience — in real life (as opposed to online).

He’s process oriented too and has big ambitions:  he’s mapped every dentist in his state, which I’ll leave anonymous, and has pinpointed every area where there isn’t a dentist within 50 miles. The interest in analysis, I’d venture to wager, comes from the fact that he started his career as a pharmaceutical sales representative.  Only after a supervisor told him he was letting his friendships with doctors get in the way of sales, did he quit and decide to return to school to be a dentist. He says he was a top-notch sales person, but an ethical one, and wasn’t about to sell his soul to the devil for a sale.

As such, he thinks he’s got an approach few of his peers do; in fact, one other pediatric dentist in his area sends the “tough” cases his way.  By tough cases he means hyperactive kids, or worse, helicopter parents, so named because they tend to “hover” and over-fret about every detail of their children’s lives.   The referrals will come.

I asked Curt if he thought word-of-mouth alone would be enough to fuel growth of setting up multiple offices.  He didn’t seem to think so; it’s powerful, but not enough to grow.

With a few questions, Curt revealed he does some SEO, which means he does do something other than simply rely on word of mouth.  He doesn’t do it personally – his son, a techie – does it for him.  He’s not technical, hates computers, but knows online marketing and social media are important.  He couldn’t really describe what SEO was, which I thought was ironic since I was 100 pages deep into Lee Odden’s Optimize which I brought along for the plane ride.

He also does something else – perhaps not technique I’d recommend – but it’s a different approach with a reverse psychology:  if a negative rating appears on any of the numerous sites that rate dentists, he has his business manager write another negative comment.

Curt explains that each site only lists the last few comments, so he’ll have his business manager write something that’s negative, but not too bad.  For example, his business manager will write – pretending to be a patient – that the service was great, but the dentist kept them waiting 10 extra minutes.  He’s betting such posts are disarming; for a parent worried about taking their child to the dentist, a 10 minute delay is the least of concerns.

I asked Curt why he didn’t just address the concern, rather than post fictitious comments. He responded that most of the comments are anonymous:  he can’t determine the facts of the complaint. When I pointed out that others viewing the complaint would see his response and take note that he’s gone to the effort to redress the issue, which would have a positive effect, he simply nodded.

My advice to entrepreneurs would be to tackle negative comments directly. You’ll always have some complaints and you’re better off addressing the issue than fabricating additional comments. If you fake the funk, sooner or later it’s going to catch up with you – review sites are getting better at identifying fakes – and the reputational damage will be a very long and difficult process to repair.

We talked about developing a blog – and how that would improve his SEO and how since his peers are poor communicators – he’d have an enormous head start.  Topics could range from tips for parents on getting their kids to brush their teeth, or indicators of serious children’s dental issues to simply fun ideas like the funny things kids say in the dentist’s office.  The latter was his idea, which meant to me, he liked the idea and sees it’s value.

Since he’s has no affinity for computers, he could dictate notes to his business manager and have that person post in his name.  Alternatively he might record a voice message on his iPhone while driving to work (with a hands free device of course) and email that to his staff to clean up and publish.

In reflecting on this conversation, though it’s just one data point, it’s given me much to think about:

What thoughts do you have after reading about Curt?  What advice would you offer him? 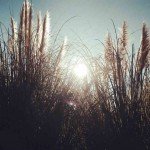 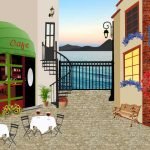 Hey, the Washington Nationals won their season opener yesterday with 3-2 victory with an extra-inning over the Cincinnati Reds. That’s...