Last week Arik Hanson published a guest blog I wrote on the difference between influence and popularity.   The post boils down to these two paragraphs:

Ashton Kutcher, though intensely popular, probably lacks the credibility to pitch expensive Nikon cameras to professional photographers. However, change the context and market segment to the more affordable CoolPix S60, and he’ll likely earn sales because it fits the financial means and photographic experience level of his fan base.

If Nikon wants a lot of clicks, followers and buzz, Kutcher is a great choice no matter what the pitch, but measurable results may vary. However, if Nikon wants to influence buyers to exchange dollars for Nikon’s cameras, motivation, context, timing, and credibility – all factors of influence that tools cannot measure – matter greatly.

In seeking input for the post, had actually reached out to Arik for his thoughts on the topic when he turned the tables on me and asked for a guest post. However, several people did provide their input, including Ike Pigott who sent this short, but straight-to-the-point response in the form of a video.

Since the post has gone live, I’ve had quite a few engagements, like the tweet displayed above. That’s only served to stir my interest further.  So I’ve dug through perhaps 20 or so articles, studies and blog posts and have found three I thought were especially worth sharing.

1) Don Bartholomew writes that confusion on the difference between influence and popularity stems from the distinction in Bringing Some Clarity to Social Media Influence:

“A primary source of influence confusion is failing to distinguish between a simple act of engagement and the process of being influenced. Engagement is a necessary pre-condition to Influence. (This social media measurement model addresses the distinction) Without engagement you don’t have the opportunity to influence. Influence, however, only occurs if that engagement leads to a change in attitudes, opinions, beliefs and behavior.”

2) Matthew Creamer, of Advertising Age, breaks down a research project that finds, contrary to Malcom Gladwell’s “Tipping Point” theory, reaching many of us common folk with a message might have greater impact than reaching a few powerful influencers; Your Followers Are No Measure of Your Influence:

“In other words, reaching a large number of more ordinary Joes and Janes with a message might be more effective than trying to tap into Bieber fever.”

Does your B2B PR firm think influence is about weird tricks?
We don’t. We do consistent, sustainable and process-driven communications.
Here is a summary of the services we offer and the best way to contact us.
And don’t miss a post: subscribe to this blog by email here.

3) Geoff Livingston, in one of the most compelling posts I’ve read and wish now I had read earlier, lays out the idea that “the hyper-engaged online personality with an authentic story is the one to succeed.”  He provides several powerful examples of which I’ve taken just three;  PayPal Research Shows Strength of Community Trumps Popularity:

a) A campaign on Facebook’s Causes to raise money for a new children’s hospital. In it, a 9-year-old cancer patient with virtually no online presence generated more donations than any other individual, including television star Ashton Kutcher.

b) A DonorsChoose.org fundraising competition among bloggers – including TechCrunch’s Michael Arrington and All Things Digital’s Kara Swisher – was dominated by a blogger offering to parade around in a tomato suit.

c) The launch competition of Kevin Bacon’s Six Degrees social giving website: Despite recruiting more than 60 celebrities to create “charity badges” on the site – including Nicole Kidman and Ashley Judd – the top fundraiser was a woman who blogs about scrapbooking and has an autistic son.

The confusion over influence and popularity isn’t likely to go away soon.  The allure of numbers, of masses of followers has an appeal that even experienced professionals can’t seem to ignore.  The only fix for that is to read, study and experience.

Six Content Distribution Tips that Everyone Else Isn’t Already Doing 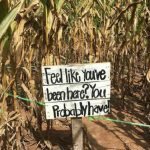 This weekly post is usually about the smart things I’ve read or heard over the course of the week, but...