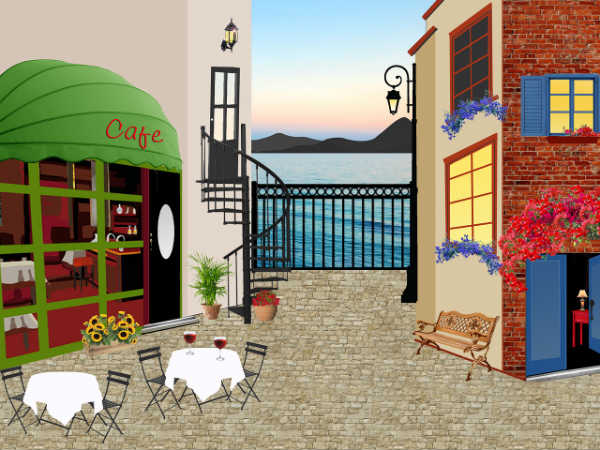 “Three hundred years ago news traveled by word of mouth or letter, and circulated in taverns and coffee houses in the form of pamphlets, newsletters and broadsides,” wrote The Economist in an insightful article titled “Back to the coffee house” – about the impact of the internet on news.

“The internet is taking the news industry back to the conversational culture of the era before mass media,” proclaimed the subhead.  By “internet” the article of course, means social media and the way word-of-mouth travels among users that generate their own content.

It’s true – and it’s a path that strikes me as amazingly similar as the journey from mainframes — to distributed workstations – and now back to cloud-computing. In other words, what’s old is new again and social media IS word-of-mouth. 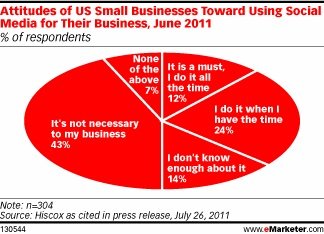 This is what amazes me about an eMarketer study published today which found that small businesses are apathetic about social media as a marketing vehicle, but ironically, it also says they are clearly committed to word-of-mouth.

“More than half of the small-business decision-makers surveyed in June by small-business insurance provider Hiscox said they used social media for business purposes, but a plurality also declared that it wasn’t necessary to their business,” according to the study.

1) A martial arts school uses social media to foster community, promoting events, competitions and mixing in a bit of sales for both classes and merchandise. Moreover, the school appeals to segments:  content catered to MMA fighters, but also self-defense classes designed for women and children, alongside fitness programs like CrossFit and Yoga.  The content is sticky for the target audience.

2) A SCUBA diving school is another example, which provides tourist travel information, event invitations and most engaging of all – photographs of their students in the water learning to dive.  People are both surprised and love to see themselves in such photos that they in turn share.

3) A Skydiving school has even turned it into a revenue source where customers actually pay the school several hundred dollars to have a photographer (or videographer) jump out the plane in front of them and film their adventure.

What do you suppose the first thing those customers do when they get home?  They post those videos on YouTube and Facebook – and embed those videos in blogs to show off their skydive to all their friends.

Social media is word-of-mouth – and it travels at a speed and velocity that could not have been dreamed in coffee houses 300 years ago.