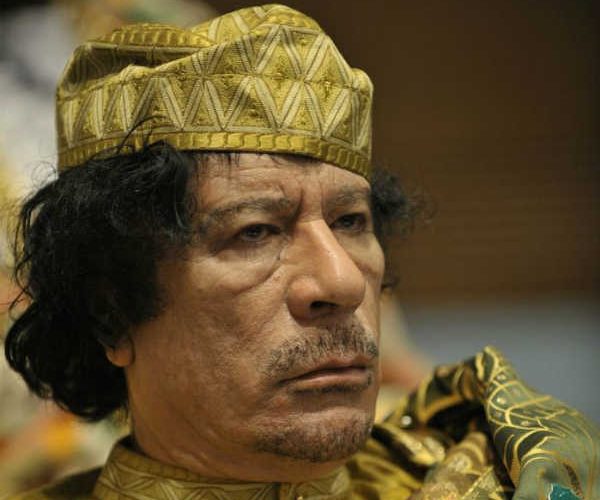 I can only imagine there must be a new technological development where pitches, press releases and blog posts can take out laser-guided precision munitions in midair. Somebody better call the Pentagon.

What exactly does a reference client for a PR firm looking to win new business from a sociopathic dictator look like? Charles Taylor? Robert Mugabe? Saddam Hussein?

The Post suggests Khadafy (also spelled Gaddafi) should try his hand at Dancing with the Stars, but The Economist could also help with some PR advice for a tyrannical dictator on the run.

As the British publication wrote earlier this year, “Instead of denying false rumors, a company should put out a stream of positive messages about itself.”

And imagine the key messages: The people support us. The international community should stop meddling in our internal affairs. This sovereign government reserves the right to kill its own people at will. Please Retweet. #savelibya.

By the way, think we could get a low-interest reconstruction loan for several billion dollars?

According to the same Post article the embattled (former?) leader who has paid reparations for terrorism, and who for the second time in his life is seeing American bombs up close, is seeking to expedite the deal.

“The teetering government seeks to move quickly but without being exposed for mounting the campaign.”

Awesome. Let me contact my unsolicited Nigerian banker friend. I’m sure I have a few of his emails in my spam folder somewhere.

No says, the Post, “The request is legit, according to an official with the Libyan Mission on East 48th Street, who said the e-mail came from a central government group in Tripoli called the Peoples Media Center.”

It’s cliché in PR circles to suggest just like the accused has a right to legal counsel – they also have the right to be heard. While I’m a huge advocate for the spirit and philosophy of the First Amendment, I might borrow a phrase from the PR guy quoted in the article in saying, “I highly doubt any PR firm will positively respond to this request.”

I can only hope he’s right.

Branding…just saying it’s so doesn’t make it so