Branding…just saying it’s so doesn’t make it so


Why? First, it’s this notion of “personal branding,” which for the PR or marketing employee of a corporation or agency, flies in the face of good for the organization.  As economist Peter St. Onge put it in this post on cooperation and social media, “in many situations cooperation is best for everybody, but non-cooperation can be best for an individual. This temptation to defect can break even a highly profitable cooperation.”
Secondly, it’s oversimplified “branding” to the extent that people appear to think if a phrase appears in your Twitter, Facebook or Google + profile, you’re branded.  That wasn’t true for printed brochures, and it’s sure as heck not true for social media.

In what should be a reference book on an iPad for every aspiring marketing or PR pro, Al Ries and Jack Trout spell out a very logical explanation:  branding occurs when your customers and prospects think it’s true – not when you do.  Sure saying it can be a step in the right direction, but it’s an early step, not the final step. 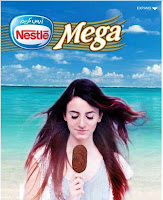 Stepping on perceptions can be dicey.  People’s self-perceptions can vary widely from other’s perceptions and they are blind-sided when the feedback is revealed.  That’s why football practice on Monday’s consists of a good sampling of film clips.  The film is without bias and is blatantly, or perhaps, brutally honest.  Businesses fall into the same trap – the organization perceives itself to be viewed one way, when research can demonstrate that view is a far-cry from public perception.
Why does this matter?  Would you let a carpenter perform brain surgery on you?  If the public perceives an organization one way, and the organization is trying to sell a product that’s out-of-line with the public perception, your sales team has an enormous objection from the get-go.
Branding, winning the perception in the minds of customers and prospects, requires several factors:
1.     It’s believable – the person or organization has demonstrated experience
2.     The person or organization continues to build credibility
3.     The message is consistent and matches actions
4.     The brand is monitored through continuous research, both traditional and today, by sampling social media through monitoring tools
From Egypt masa’ al-khair.
If you enjoyed this post, you might also like:
Ergo Ego | personal brands | top 10 PR
Positioning is central to improving your brand (regardless of the tactic)
Tweet
Share
Pin
Share
Share

I’m taking a page, well half a page, from Danny Brown’s playbook this week.  He wrote, er spoke, about a...