Home > Social Media > How to deal with the social media complainers

How to deal with the social media complainers 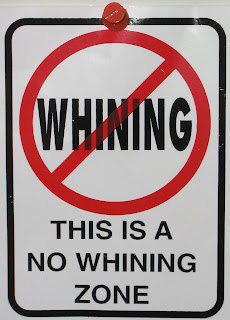 Twitter’s divided says Mashable – and it has rigorous data to back up the claim.  It’s seems there’s a division forming on Twitter between two camps:  The happy and the miserable.

“In other words, the happy people have formed little Happy Twitter clubs. Meanwhile misery loves company in social media – as much as, if not more than, in real life,” read the post.

The challenge is the miserable can be distracting and range from a minor annoyance to a daily if not hourly thorn on the keyboard: The miserable complain. No matter what you do…you can’t please them.
What do you do about it?  If you’ve already tried to help, but couldn’t get anywhere, perhaps the solution is to do nothing.
Peter Shankman dubs a person like this as “the constant complainer” in Customer Service:  New Rules for a Social Media World.

Nobodies are the New Somebodies on the World Wide Web

When you hear something smart it’s worth writing it down, to internalize or make it your own. It’s been a...