Sins and Confessions on Media Relations 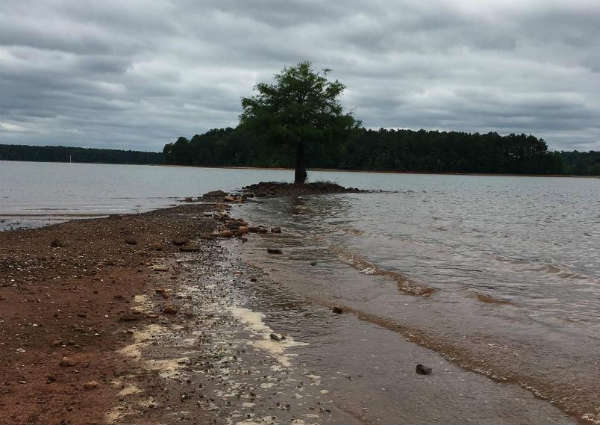 Many years ago, my first job with a PR firm landed me the task of pitching a story about a big phone company that had teamed up with a big convenience store chain to do a national giveaway on Memorial Day.

They were giving out free phone cards to the first 100 military, fire or police veterans that walked through any store and asked for one.  No catch. No proof.  The honor code was in effect.

In those days, everyone did not have a mobile phone with unlimited calling, so it was a generous offer.

The team drew up a geographical map and I was assigned to Boston.  It was my first pitching experience as a professional working for a PR firm. I had something to prove.

I wrote up a pitch with several different angles tailored to the various beats, for example, lifestyle or business.  I started searching through the Web sites for reporters I thought were relevant and began making calls.

“Really?  That sounds interesting. I know just the person that would be interested….hold on, I’ll transfer you.”

And transfer me he did.  The next reporter answered the transferred call.  I gave my spiel.

“Yeah, that sounds interesting.  Hold on, I’ve got someone you should talk to.”  He transferred the call.

When the next reporter picked up, I gave the pitch and he set in motion another transfer. I hung up.

The realization – remember I was young – slowly dawned on me that there was a group of reporters huddled in cubicles in Boston, laughing and passing me around. It was humbling. I was embarrassed and though I can laugh today, it’s still a bit embarrassing.

Back then it was far less common for a journalist to blow a gasket and go off on a PR person.  Chris Anderson hadn’t lost his cool yet and PR pros weren’t yet unfollowing journalists following unflattering stories. Bloggers weren’t in the picture either.  But times have changed.

Today it’s the kind of pitching that could land a headline like this:

I’ve opted for a screenshot of the headline, rather than a link because I don’t want to contribute to the SERP.   For those interested, the article can be easily found in search.

The outcry against the publication has been tremendous. I’ve read each and every one of the 344 comments submitted and they overwhelmingly condemn the publication’s actions.

For example, here were two of the stronger reactions: 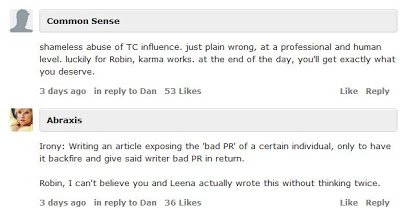 Blog posts have sprouted up with a similar sentiment.

“The story looks like a case of one person using their position of power…to slam another,” wrote one blogger.

“Was (name’s) email so out of line as to deserve the disproportionate response (from a different journalist than the one he was corresponding with) that he received? No way. Not even close,” said another [Note:  The link was removed as the blog appears to have since shuttered].

“Unfortunately, many readers disagreed with Wauters’ assessment.  In fact, they felt the smackdown itself was mean-spirited and for the most part, unwarranted,” opined a third.

What was supposed to be an “outing” of an ostensibly inappropriate PR response, turned into something of a backlash against the outlet.  I won’t pass judgment on the PR pro mentioned, though I might have handled it differently, the outcome could happen to any PR professional. In an age of blogging, it can also happen to any reporter or blogger.

The reality is that news is relative.  What’s news to one reporter isn’t news to another.  I’ve had pitches I felt were lame and reporters gobbled them up. Meanwhile, I’ve had other pitches – solve world hunger type pitches – only to have a reporter write back and say, “Yeah, but what’s the news hook?”

As for media relations confessions, since I’m about to embark on a year-long hiatus (deployment), I figured I’d get that confession off my chest.

If there’s a thing to love about superheroes it’s the superhero that succeeds without superpowers. It defies expectations when an...