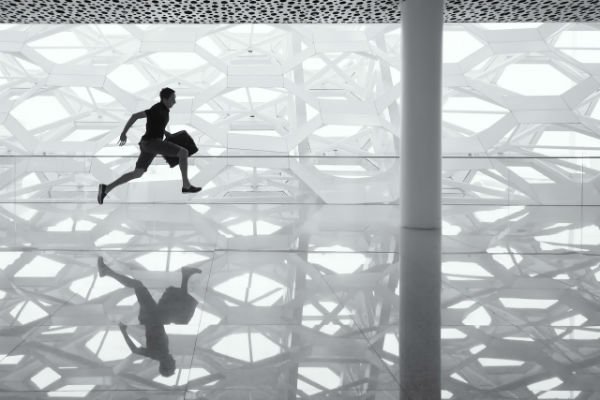 The road to redemption may be paved with glass, but for Toyota, the incline was pretty steep.

About this time last year (2010), the complaints filed with the National Highway Traffic Safety Administration (NHTSA) reached its peak – about 1,700 according to a Wall Street Journal interactive graphic (photo credit below).

The company was dragged before Congress.  The CEO, Akio Toyoda, apologized publicly.  Toyota was hit with a barrage of negative press.

“It was 11 months ago when CBS Evening News anchor Katie Couric opened her broadcast with the story of Jim Sikes,” wrote BusinessWeek’s Ed Wallace. “Just that afternoon the California real estate agent claimed to have lost control of his Toyota Prius, shooting up to 94 miles an hour during a harrowing ride while telling the 911 operator he was standing on the brake pedal.”

Sikes was later found a fraud.

But not before Toyota sales plummeted.  Car & Driver’s Eddie Alterman attributed the loss in sales to the negative buzz in an interview with Gordon Deal of The Wall Street Journal This Morning on February 9, 2011.

Ironic it’s so easy to attribute a loss in sales to PR, but proving that good buzz drives sales is such a difficult case to make.

One mistake erases a thousand attaboys. 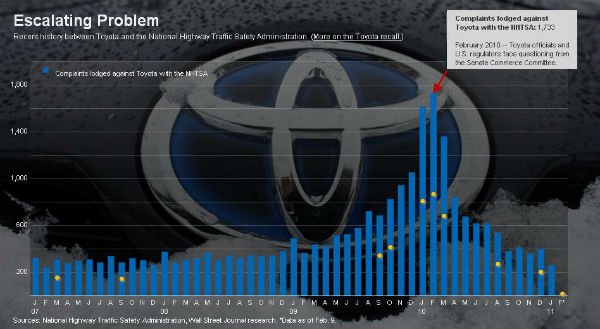 For a company that built a brand on efficiency and quality in the 1980s – a time when its American counterparts had a reputation for inferiority – such a hit must have been a bitter pill to swallow.

There was just one big problem with all the stories:  it wasn’t true.   None of it.

In NHTSA Chief Ray LaHood’s words, the problem was “pedal misapplication.”  In other words, it was Darwin’s fault.

Drivers had hit the gas pedal when they thought they were hitting the brake.  “Pedal misapplication” is a negligent euphemism from a high-ranking governmental source that had poured gas on Toyota’s media firestorm.

To paraphrase Ray Donavan: which office does Toyota petition to get its reputation back?

“I want to know where the apology to Toyota is,” wrote Gerald Baron on his blog Crisisblogger, speaking of LaHood.

The court of public opinion often presumes guilt. Toyota has endured a year’s worth of coverage — 365+ days of top-tier reporting on erroneous information — reinforcing that prejudice.

There are 18,000 Google results for Akio Toyoda’s apology alone. The road to redemption may be paved in glass, but glass leaves few handholds at 90 degrees.

Ray LaHood certainly isn’t on belay, but then, I wouldn’t believe him if he said he was.