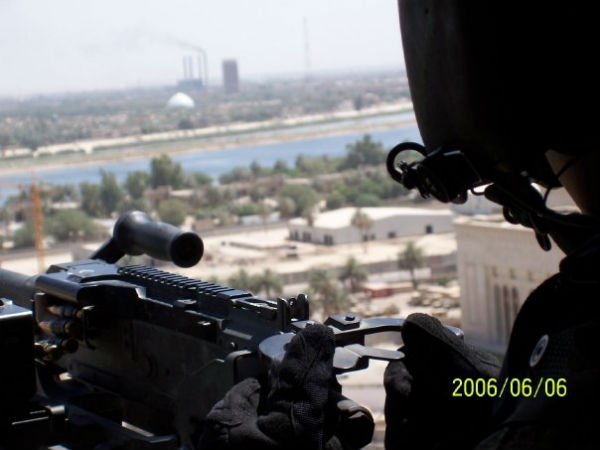 Sometime in 2006 or 2007 – the surge in Iraq – I learned there were only three kinds of people:  good guys, bad guys and fence sitters.  In that timeframe, I commuted to work in an up-armored High Mobility Multipurpose Wheeled vehicle (HMMWV), the work was amazingly similar to my life in a corporate world of PR.

Influence the fence sitters, advocate for their cause and to demonstrate that they had a vested interest in supporting a transparent, resilient and sustainable government.  If we could accomplish that, perhaps they would lay down their arms and sow the seeds of a democracy.

Meetings were called “engagements” and prioritized and scheduled according to a given contact’s sphere of influence (SOI).  As I think back on those days, the translation in social media, especially around the study of influence, continues to amaze me.

How is Influence Translated Online?

1) It translates into trust. 87% of consumers trust a friend’s recommendation over a review by a critic; (Brian Cavoli in this SlideShare presentation).

2) It translates purchases. A survey by BlogHer and DeVries PR found that in the US, blogs are 63% more likely than magazines to inspire a beauty product purchase; (PRWeek).

3) It translates into digital currency. In a survey of more than 700 marketing and PR professionals, 50% of respondents said the single most important action a person or brand can take to increase their influence online is to create, post, or share compelling content; (Vocus/Brian Solis).

5) It translates motivation. 38% of adults online (including those outside of social media sites) “aim to influence others when I express my preferences online,” (Adweek).

7) It may translate gift giving. “Only about 5 percent of online holiday shoppers said they were ‘primarily influenced’ to visit the retail sites suggested by social media channels [during the 2010 holiday shopping season],” (Brand Adoption).

8) It translates generations. “Compared to Gen X and baby boomers, Gen Y consumers are most likely to influence others, but are also susceptible to being influenced by their peers. Roughly 70 percent of the Gen Y respondents said they’re likely to sway a friend’s vehicle purchase; only 60 percent of Gen X and 50 percent of baby boomers claimed the same. In particular, Gen Y has a large amount of influence over their parents – slightly more than 61 percent say they directly influence their parents’ final purchase decision,” (Deloitte).

9) It translates impressions. According to Meteor Solutions “influencers –- those who share your campaigns across their social graph –- can directly influence 40 to 60 percent of all visits to an advertising campaign page,” (VentureBeat).

10) It translates familiarity. “A study from Foresight Research shows that 84 percent of new boat buyers had read or seen boat information on the Internet prior to making their purchase decision,” (Trade Only Today).

11) It translates community. “Are internet users more likely to purchase from a brand after becoming a subscriber, fan or follower?” 37% of Twitter users say yes, 31% are indifferent and 32% say unlikely.  On Facebook, “only 17% agreed, 34% were on the fence, and a staggering 49% disagreed,” (ExactTarget via Brian Solis).

Translation?  Our perceptions of influence are changing.  It’s a notion that’s manifesting across borders, languages and cultures.

How reporter feedback is good for pitching

Would a reporter help you pitch a story?  Not likely, but my point has more to do with active listening...